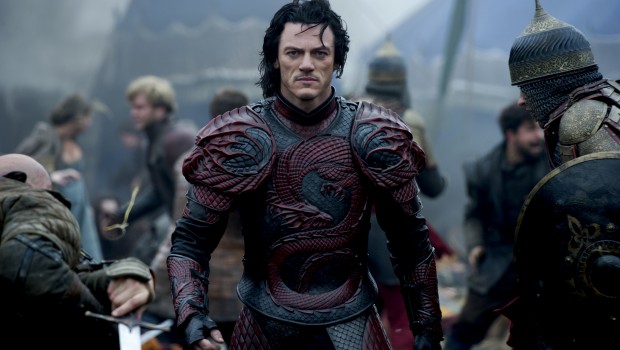 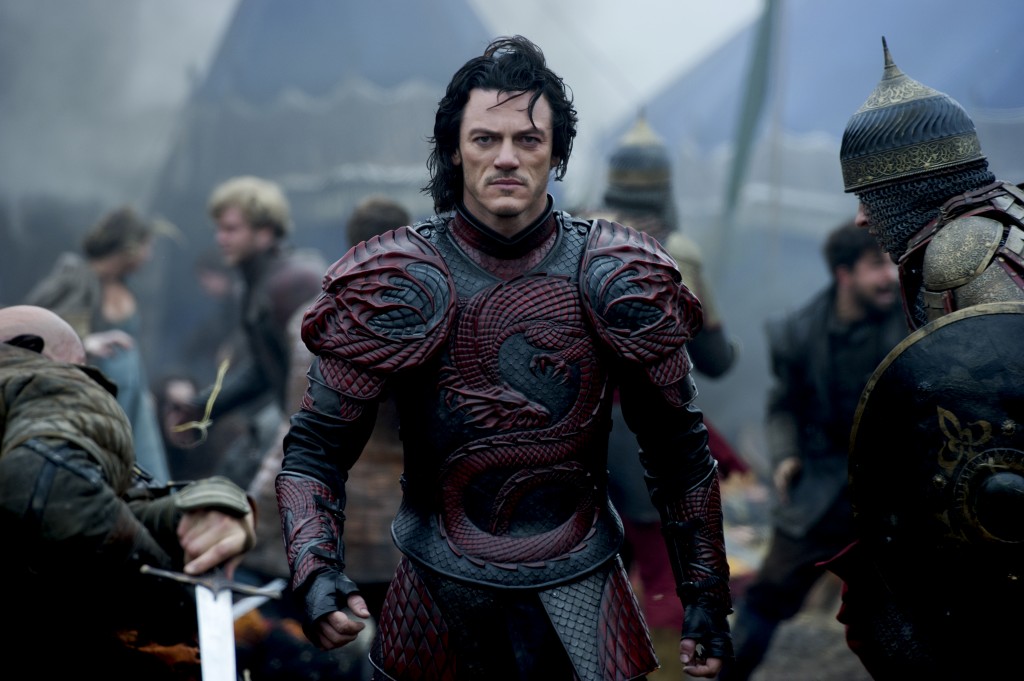 To local youngsters seeking a bankable trade in these uncertain times, might I suggest a specialism in medieval prop design? HBO’s Game of Thrones has had a good time of it transforming our castle-and-field vistas into a fantasy-realist Middle Ages, and the trend continues with Dracula Untold, feature debut of Dublin-born director Gary Shore. Filmed here over the last year and a half, the film echoes much of Thrones‘ production aesthetic: set in 15th-century Transylvania, it’s all heaving bodices, clashing steel, improbable dental hygiene and over-literal geography like ‘Broken Tooth Mountain’. It’s a very contemporary studio product, feeding on the vogue for origin stories and Universal’s plans for an Avengers-style cinematic universe for the various Monster properties on their books (next up is a new Mummy). Screenwriters Matt Sazama and Burk Sharpless telescope vampiric mythology and the real-life Romanian general Vlad the Impaler, occasionally cited as an inspiration for Stoker’s novel, casting the world’s most famous neck-nibbler as an alpha male warrior-monarch desperate to protect his kingdom and family. It is a story delivered with all the subtlety to be expected from one with a hero nicknamed The Impaler.

Prince Vlad (Luke Evans), Turkish boy-soldier turned Transylvanian head of state, has been presiding over a decade of peace with his wife (Sarah Gadon) and mop-headed son. His calm is shattered when the Turkish Sultan demands a tribute of one thousand young men, and Vlad’s only child, in exchange for a the continuation of their detente. Choosing war instead, Vlad seeks out the hiding place of an ancient vampyre (Westoros MVP Charles Dance) and undergoes the blood-drinking metamorphosis. He’ll revert back to factory settings in three days, unless he sups on more of the red stuff (can you guess what happens?). Upgraded with super-strength and regeneration, and what appears to be some form of bat-vision, it’s Dracula versus digitally-rendered Turkish hordes, led by an inexplicably cast Dominic Cooper, doing a lousy impression of a surly Russian nightclub bouncer.

The best scenes in Untold are those inside the senior vampyre’s bone-riddled hiding hole, with Dance’s world-weary gravitas providing a welcome counterweight to the breathless self-seriousness of Evans’ Vlad. Dance’s character is the only one written and performed with a bit of personality, injecting a spark of Gothic camp seriously lacking elsewhere. Evans is a fine enough beefcake, but he speaks all his lines with an affected gruffness, not helped by the dialogue’s clumsy Dark Knight talk of light and darkness and the power of monsters. Some trimming of the script’s expo-obviousness would have been helpful too (‘it’s nearly dawn, afterwards my powers will be useless’ – thanks, but we all know how vampires work).

The Dracula myth is ripe for interesting interpretations, but the film sticks to the basic fantasy-action beats in its brisk ninety-minute run. There’s not much space to develop an atmosphere or a sense of menace, or flesh out the characters around Vlad to establish some stakes (ahem) for the blurry combat sequences, which, frankly, could have used much more vampiric inventiveness. Most scenes are staged in a pretty rudimentary and slightly forced manner that reminded me of an episode of The Tudors, which probably speaks to the green fingers of the film-makers as much as anything else. But it’s competently put together and will probably serve as an adequate springboard for more ambitious, franchise-integrated adventures for the Count. More Dance, please. Conor Smyth