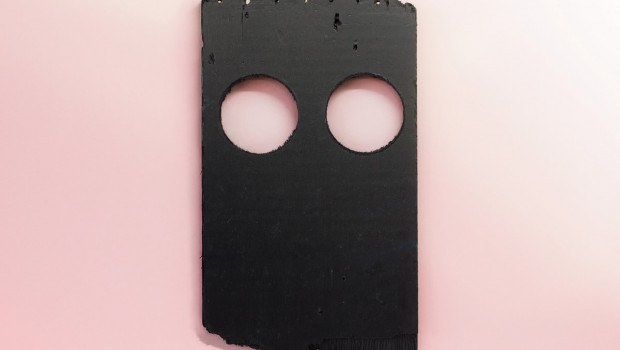 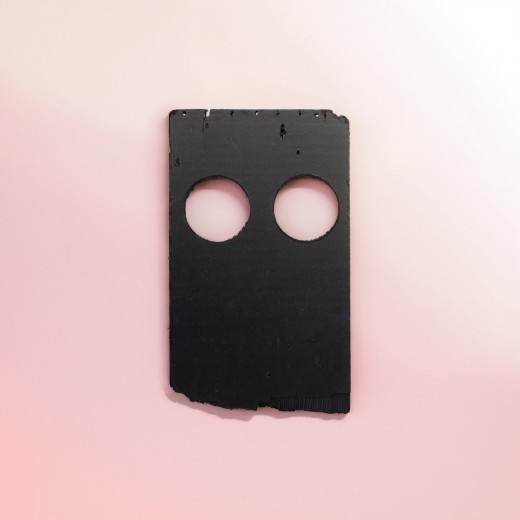 In a world that loves labels, being unclassifiable can be a heavy cross to bear…

Long lumbered with reductive and largely meaningless tags like “Slowcore” (or worse still “Sadcore”), Low’s elegant sound has all too frequently been banished to the realms of what Jack Black’s character in High Fidelity might have dubbed “Old, sad bastard music”.

Such curt dismissal though, does a great disservice to Low’s intricate and deceptively chameleonic songs which, over the course of 15 albums, have run the gamut from chilly post-rock and spectral folk to buoyant indie pop, throwing in the odd The Smiths cover or Misfit’s style makeover of their own work for good measure. Double Negative though still stands out as Low’s most radical departure to date.

Buzzing synths and cavernous depths of static and white-noise inform the album’s alien, windswept soundscape, the overall effect landing somewhere between the industrial dread of Portishead’s Third and the bleak and hazy textures of Grouper’s The Man Who Died In His Boat.

‘Quorum’ is the ominous thunder clap alerting us to the looming electrical storm that will all but engulf Double Negative’s 48 minute run time. Built upon a churning groove that sounds not unlike a looped recording of a gravel truck being emptied out onto hard concrete, the song’s tender melody appears courtesy of gently glowing synths and the gorgeous, church honed harmonies of band leaders Mimi Parker and Alan Sparhawk.

These incongruous elements bleed into and stain the entirety of the album, as the band conjure a striking dynamic tension between loud and quiet as well as sweet and abrasive elements. As such, moments of grinding apocalyptic noise and corroded electronic textures are frequently punctuated with long periods of silence and eerily soft ambient motifs.

The forebodingly titled ‘Dancing and Blood’ opens with a simple but insistent floor tom pattern, bringing to mind the militant beat of an army tattoo. Parker’s voice arrives distant and faint as if trying to be heard from behind the track’s wall of foggy atmospherics. Growing strident she eventually breaks through the sonic debris and delivers one of Double Negative’s most dramatic vocals. As her voice  reaches a fevered crescendo though, the track simply vanishes leaving behind only a residue of Sparhawk’s vocals, looped ad infinitum to create an haunting drone.

This strange sound collage lasts for several minutes, proving as lulling as it is unnerving and eventually runs into the next track, providing the spare backdrop for the calm and spacious ‘Fly’. Parker’s rapt vocal takes centre stage here, rising up like a seraphim and instantly warming and humanising the track’s chilly electronic environs with her vibrato heavy alto, delivering the lines, “Well I don’t know, and I don’t mind. leave my weary bones and fly”.

The human voice, always so central to Low’s music, is often taken to extremes on Double Negative. Whether slathered in delay and reverb, pitch shifted beyond recognition or simply panned back and forth between speakers to disorienting effect. For Parker and Sparhawk though these effects are not mere gimmickry but rather an extension of their own natural voices, synthesising the organic and the electronic to extend their musical and emotional pallet.  On ‘Tempest’, Sparhawk’s robotised vocals are so lost in the mix that they almost merge with the fabric of the song which showcases Low at their loosest and noisiest as proceedings eventually give way to a blast furnace of overdriven distortion and feedback.

‘Disarray’, the strange confection that brings Double Negative to a close sees Low’s latent pop instincts emerge from the ambient ether, immediately shaking the listener back to reality with its fizzing rhythms and ebullient harmonies, not to mention it’s matter of fact message of tough love, “Before it falls into complete disarray, you’ll have to learn to live a different way.”

The track is a fitting curve ball to end an album that steadfastly defies expectation at every turn never once sacrificing Low’s core sound or seeming like a self conscious rebranding. Despite courting such a drastic sonic aesthetic, the band’s shining melodies and vocal wizardry still leave the longest lasting impression. The searing distortion and glitching rhythm tracks only serve to further accentuate the tremulous beauty of Low’s otherworldly sound. James Cox

Summary: Check out:  Disarray, Rome (Always in the Dark), ‘Fly’