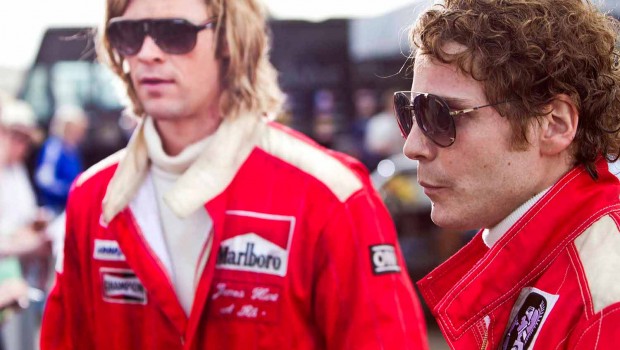 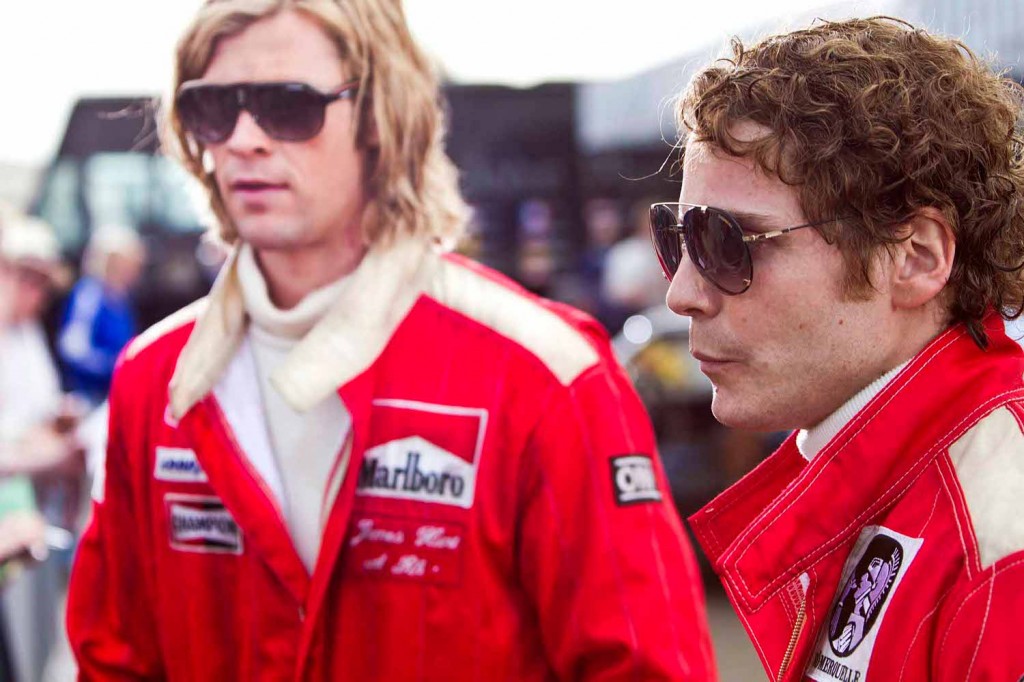 Everyone needs a nemesis. It’s undeniable; a nemesis inspires, keeps one’s internal momentum constant and forces a person to think of new and interesting ways to screw over their rival. The importance of nemeses and the depths to which we sink to spoil our adversaries is the central conflict that exists at the heart of Ron Howard’s latest film, Rush. The film focuses on the rivalry between two Formula 1 drivers during the 1976 season: the English James Hunt (Chris Hemsworth) and Austrian Nikki Lauda (Daniel Brühl). Beginning in the Formula 3 division in 1970, the film follows their rise to Formula 1 division whilst showcasing their attempts to best one another in every possible way, often with catastrophic results. Whether or not this film works rests on two factors: the relationship between Lauda and Hunt and the intensity of the races and the film makes an admirable attempt at both.

Now, I must preface what I’m about to say with an important fact: I loathe Formula 1 racing. I think it’s a genuinely tedious and boring sport whose continued success baffles me to no end, but I can’t deny that the sport can be incredibly cinematic. What you have is a collection of incredibly fast cars navigating tight and unforgiving tracks at speeds that Chuck Yeager would find unsettling. This sport just yearns to be properly represented but the last decade or so the only thing that comes to mind is 2010’s almost faultless Senna.  But what Senna did so well was capturing that genuine sense of danger that accompanies this profession. Sadly, Rush fails to capture the same intensity. Anthony Dod Mantle (127 Hours, Antichrist) is easily one of the best cinematographers working in the industry today and yet his vision for film seems much closer to Top Gear than edge of your seat, pant wetting excitement.

The cinematography is not bad, far from it; the use of extreme close ups of the driver’s helmets, the internal workings of the vehicles and other mechanical devices really helps the viewer feel as though they are standing in the pits and involved in the nitty gritty of Formula 1. The issue is that his vision for the racing scenes doesn’t fit the rest of the film and it makes the races, and by extension the film, more episodic in nature. We seem to just bounce between race, Hunt or Lauda’s reaction, race, reaction, race, etc. This would hurt the film much more so were it not for Hemsworth and Brühl.

The film really shines is in its actors’ performances with the most admirable aspect being the fact that both central characters are incredibly unlikable. Hemsworth presents Hunt as the type of person who begins every conversation with the phrase “Have I told you about my balls?”, whilst Brühl’s Lauda seems more like an unfeeling robot.  Without the two leads, the conflict simply would not work. Both actors’ display an innate ability to capture just what makes each of their characters so fascinating whilst keeping many of the rough edges of both.  Both of them act as an interesting representation of modern sportsmanship: finding the balance between mathematically determining the most efficient way of performing and doing it for the love of the sport.

In the end, the film does work in some places but ultimately feels a little hollow.  Despite the fact that we spend an equal amount of time with both of our central players, we never really get to know what drives them to do such a reckless task. We’re given an opening monologue which veers on “Hi I am [insert character here] and here are my main character traits” and that is about it. Having seen the film with an F1 fan, I can attest to the fact that for a section of the audience this film does work, but by the time the closing credits rolled all I could think about was how much more I wanted. It is an awful thing to be deprived of a rush. Will Murphy