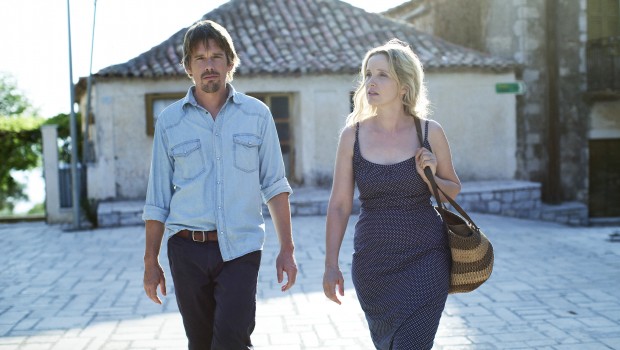 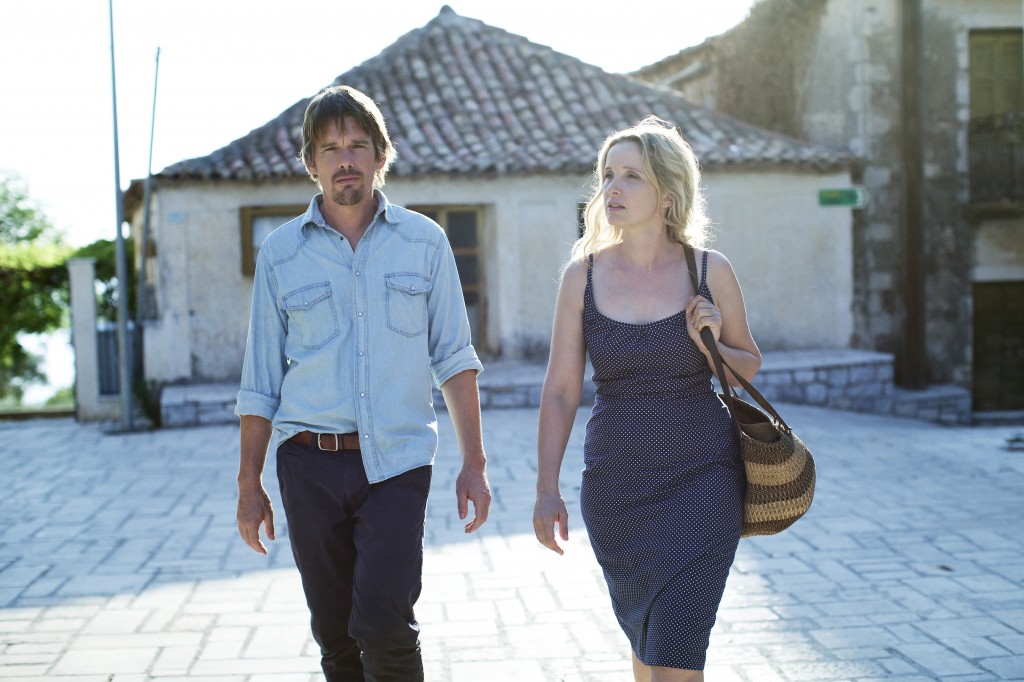 Love is hard. These three simple words form the basis for many a Meg Ryan, Kathrine Heigl and Jennifer Aniston film. The process of meeting the one you will eventually spend your life with should be arduous and rife with high-larious circumstance. One of you will overreact to a character revelation before the great big “John Cusack with a boombox and some sweet ass Peter Gabriel” moment arrives and makes everything right. Never forget, love is hard. Except it’s really not. Love is finding joy with being with someone almost entirely without care. Love is actually quite simple, it’s the whole rest of your life part that is hard. The inherent problem with love in cinema is time constraints. Normally, a film has to introduce, set-up and resolve two lovers within a 90 to 120 minute time frame. Economy of story is key and thus you can’t afford to show what life will follow our two lovers. This is where Before Midnight comes in; a film that takes it’s time and presents to us the true face of love, and ranks as the one of the year’s best.

Acting as the third part of the Before trilogy, an ambitious filmmaking project taking place over the last 2 decades, the film takes place 9 years after the previous film, the truly magnificent Before Sunset. The film follows Jessie and Celine, played effortlessly by Ethan Hawke and Julie Delpy, as they spent their final night on a retreat in Greece with their two daughters. In terms of plot, that is all that really happens in the film . Instead of focusing on the usual tropes of the romance genre, the film keeps in with the style of the previous two efforts and is entirely devoted to the conversations the two share, often occurring in real time.  I accept that description makes them sound as riveting as a 6sixhour documentary on the history of concrete as narrated by Ben Stein, but one should never underestimate the lost art of conversation.

The conversations that these two have are undoubtedly the film’s greatest strength. Everything they say seems to be just effortless and natural. It’s less like we’re listening to finely honed dialogue and more like we are privy to an intimate discussion between two people who are beginning to wonder if love is all they have in common. In the opening scene, we’re presented with a nearly 20 minute long conversation that varies between child rearing, employment, parental failings, childhood memories, and the innocuous. It’s equal parts tragic and hilarious. When the dialogue is viewed as a whole, a very clear and subtle through line can be seen. It’s a genuine marvel to behold. This is due mostly to the stellar script written by director Richard Linklater (Slacker, Dazed and Confused) and the two aforementioned stars. Each of these 3 people has spent nearly half of their own lives with these 2 characters. They’ve integrated their own tics and quirks into them allowing them to feel as though you know them. The trio nabbed themselves an Oscar nomination for Sunset and if there is any justice they’ll do the same for Midnight.

Performance wise the film is superb with Delpy and Hawke giving career bests. The cinematography is just flat out impressive; long takes that go on for upwards of 10 minutes, delicate steadicam motion and just the right amount of flash to keep the action rolling. Tonally, the film is a tragicomic masterpiece. It’s funnier than many other pure comedies released the same day and, at points, is loaded with pathos and heartbreak; in particular one scene in the bedroom suite which, despite it’s theatrical feel, should be regarded as one of the year’s great cinematic moments. I won’t lie, by the end of the film I was misty eyed and, judging by my companions, I wasn’t the only one..

This is one of the year’s best films and must not be missed. It’s smarter, funnier and more true than any film released this year. What is on display here is the closest cinema has ever come to fully capturing a real love and it’s just wonderful. Will Murphy