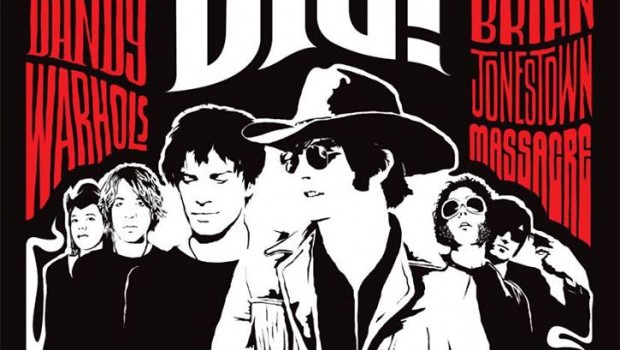 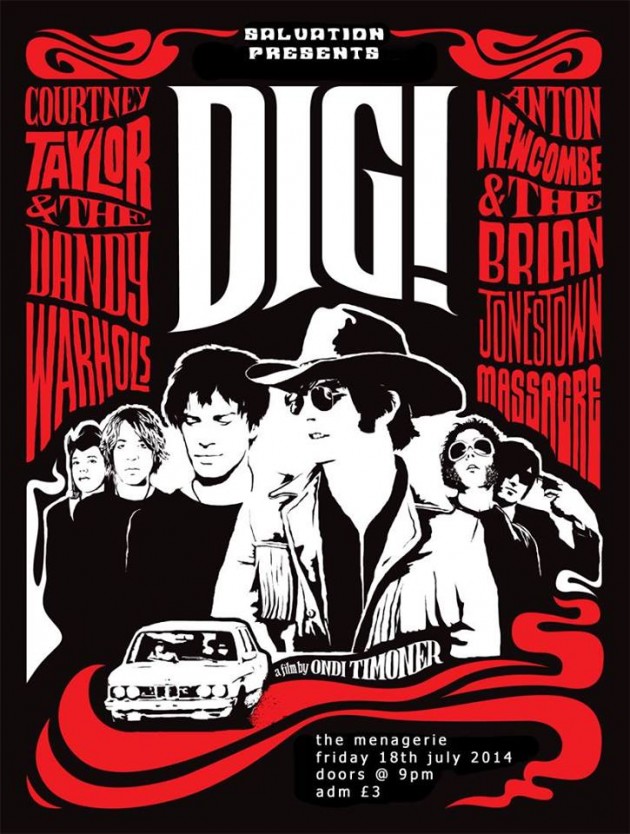 One of the all-time great music films ‘DIG!‘ is to be screened at The Menagerie on Friday July 18 by garage/psych/shoegaze/dream-pop-oriented showrunners Salvation.

The film was the winner of Documentary Grand Jury Prize at the 2004 Sundance Film Festival and was written, directed & produced by Ondi Timonder – who won the same award for her phenomenal documentary film We Live In Public.

Compiled from seven years of footage, it charters the relationships and careers of The Dandy Warhols and The Brian Jonestown Massacre and their frontmen – Courtney Taylor-Taylor and Anton Newcombe, respectively – and how their career paths diverged for commercial, artistic, creative, personality and chemically-fuelled reasons.

Salvation Residents Darren and Johnny will be playing sets inspired by the aforementioned 2 acts after the film is shown.