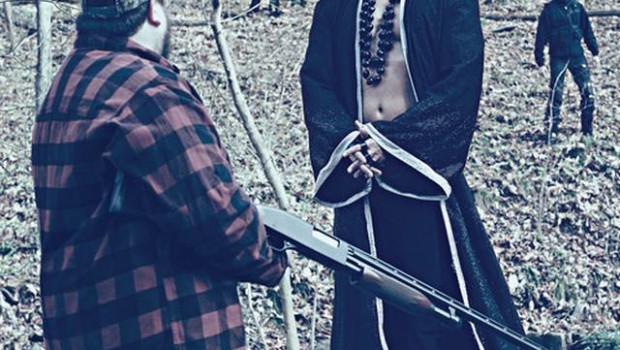 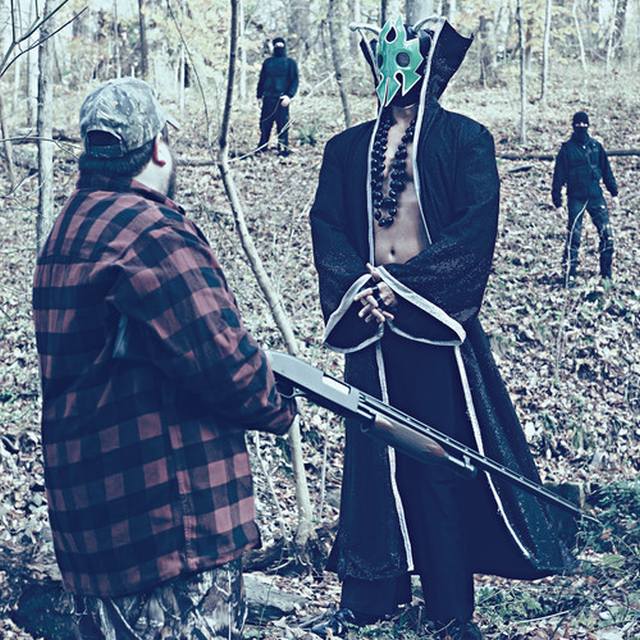 Pro wrestling isn’t necessarily the first port of call in terms of informed and conscientious political and social commentary, with non-jingoistic fans for years putting up with dated “evil foreigner” gimmicks, gang-like groups repping colours and flipping hand signs, and myriad other misrepresentations of a reality from which the artform was originally supposed to provide escape.

Call it a fucking huge surprise then, when UltraMantis Black, masked wrestler and staple of leading American independent company CHIKARA, broke his silence to yowl in a political straight-edge hardcore band, out of character, yet within mask, in a surreal clash of the king of sports’ more theatrical leanings, and a thunderous, clattering noise from the constituents of none other than Pissed Jeans. Chalk it down as an even bigger surprise that Relapse has donned its gear and put itself in his corner.

The result is exactly what you might expect. Short, sharp and bitter to its blackened heart, Black’s howling is its own demented beast, but to imagine it emerging from the villainous grandeur of his costume and persona is even more fucked, an ugly juxtaposition of joyful escape and ashen reality. Not skimping on the chunky riffs either, ‘Prescription Culture’ stands out as a noisy, grinding example of this project’s extremes, cutting neatly from blast beatdowns to hardcore riffing with precision, while ‘Deepest Ecology’ slows the pace, sludgy and almost bluesy in a ‘Damaged’ way. Albeit only forty-odd seconds long. ‘Earth War’ ups the pace, a grotty grinder, but album closer and centrepiece ‘Gloom of Prosperity’ finishes the job with the precision of a Prince Devitt double-stomp to the head.

Songs don’t go past two minutes until the final track. It’s so fucked and noisy, yet never gives way to hardcore staples, no matter much you begin to physically ache for the appearance. The whole thing is a nightmare, an omen and a portent, a brutal and unequivocal warning from behind a mask that leaves no man for detractors and evildoers to attack, but mere a potent message of activism and protest. Whether you’re a dyed-in-the-wool grap nerd, a sucker for theatrics, or a fancier of noisy hardcore with a bite, this one will leave a mark. Mike McGrath-Bryan