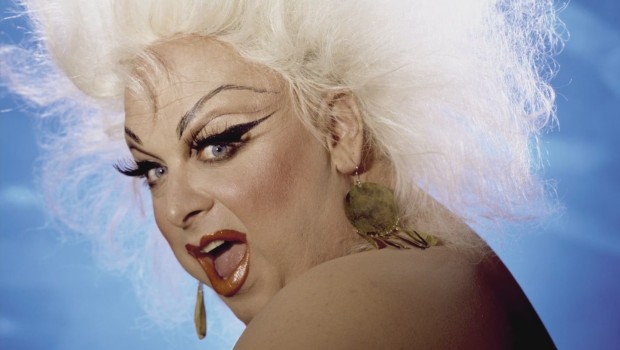 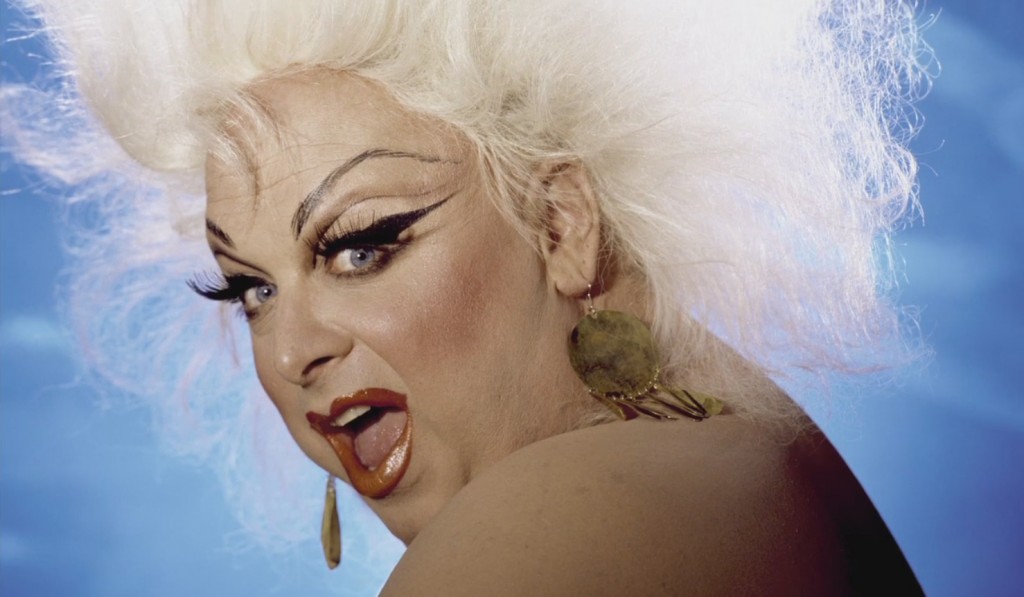 Prolific filmmaker Jeffrey Schwarz turns his attention to the life and career of drag artist Divine, the cinematic muse of John Waters’ signature films. Divine didn’t invent the idea of being a drag queen, but she did reinvent it, challenging expectations, boundaries, society’s idea of ‘beauty’ and just plain decency and taste, and she did it like nobody else before. As Waters quips in the film, “Divine took it to another level, a level of anarchy”.

The film begins with perhaps the crowning moment of Divine and John Waters’ long professional partnership – the premiere of Hairspray in 1988 – and then slowly takes you back to the beginning of Divine’s journey. Born Harris Glenn Milstead in Baltimore, USA, Glenn had a relatively unremarkable early life until he hooked up with John Waters and his gang of self-described freaks and outsiders. He lived a double-life for a while- at this point he had a girlfriend and worked as a hairdresser- but ultimately what won out was his true self. Glenn shared the group’s sense of being an outsider, but also their desire to rebel and shock. He and Waters both loved Russ Meyer’s films and Glenn wanted to be a star, more specifically, he wanted to be Elizabeth Taylor. So, when Waters and his friends began making movies, Divine was born.

I am Divine gives a thorough recap of Divine’s film career, complete with some great behind the scenes stories including the evolution of her look and the role of make-up artist Van Smith in this. Additionally the film chronicles her theatre and music careers – there is some terrific archive footage of these – but where the soul of the film lies is in the true nature of Harris Glenn Milstead and also in the tragedy of his early death.

Many of the film’s interviews recall a shy, sensitive and vulnerable person, a million miles away from the public persona. They speak of two people, Divine and Glenn. It seems that ‘Divine’ was the means by which Glenn could free himself of himself and his inhibitions and could act out his greatest desires and inner thoughts, invulnerable to whatever society threw at him. But it wasn’t the be all and end all, Harris Glenn Milstead still existed behind Divine and he was determined to get respect on his own terms. The tragedy of his death is that he was just beginning to do this.

I am Divine is a terrific, brilliantly produced documentary with a huge range of interviewees, extensive and well researched archive material and creative graphics. It’s narrative has a perfectly judged ebb and flow to it, never settling for too long into a predicable groove. Director, Jeffrey Schwartz, who has over 300 films under his belt as a producer and more than 100 as a director, including films about the lives of Vito Russo, Jack Wrangler and William Castle, does a great job of marshaling all his sources into a coherent, united narrative. But where the film really excels is in just how entertaining it is.

I am Divine is one of the funniest documentaries I’ve ever seen. It’s interviews are tremendous, featuring soundbite after soundbite, i.e. “If someone puked it was like a standing ovation”. Even the filmmakers aren’t without a sense of fun- splicing in hilarious black and white news reportage on the phenomenon of gay men that seem more like the paranoid, atomic age sci-fi films than actual news reports. The film is a triumph of humour, tastelessness and show-womanship, just like Divine, herself. Richard Davis

I am Divine Richard Davis