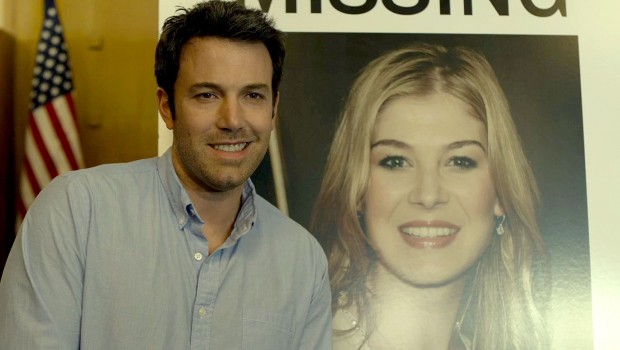 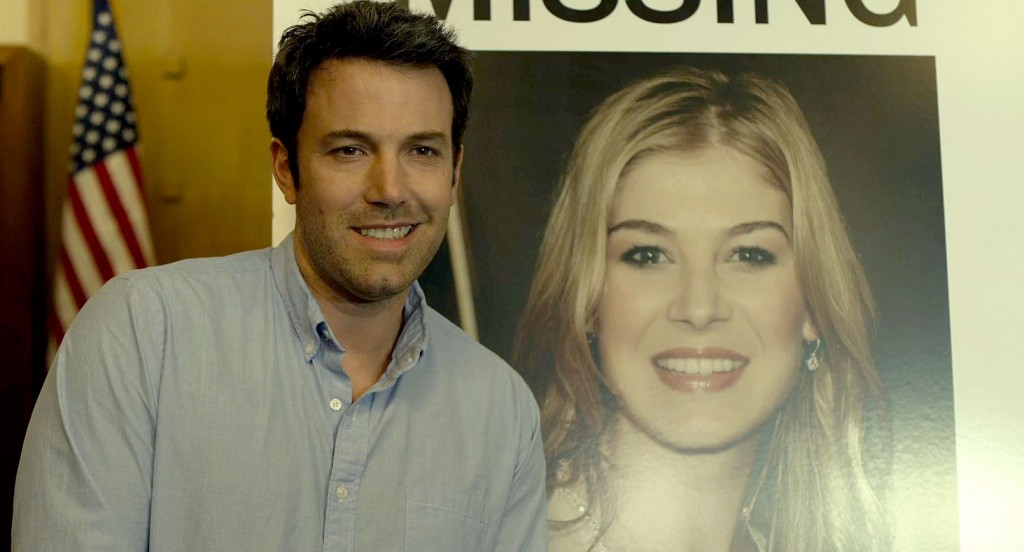 Who knew extreme marital dysfunction could be such a riot? Adapted by Gillian Flynn from her best-selling novel, Gone Girl is a lurid and sickly funny evisceration of modern marriage. Flynn efficiently translates the book’s twisted psychologies and David Fincher, with his regular photography team and Trent Reznor and Atticus Ross’ downbeat score, anchors the violent camp in his cold suburban surfaces. The film has the studied dread of Patricia Highsmith and the page-turning brio of a schlocky airport novel, and is a wicked satire on the ‘missing girl’ media phenomenon. It is also the first must-see studio film of the autumn.

On the morning of their fifth anniversary, Nick Dunne (Ben Affleck) comes home to find his wife Amy (Rosamund Pike) missing. The police investigation starts throwing up anomalies: there’s a pool of bloodstain residue on the kitchen floor, as if someone tried to clumsily clean it up, and expensive credit card purchases that Nick can’t account for. The local authorities, headed by a world-weary Detective Boney (an intelligent Kim Dickens) come to regard Nick with a mixture of suspicion and mild disdain. Meanwhile, a manhunt springs quickly to life, with posters, a catchy web URL and earnest press conferences from her parents. The narrative jumps between the unfolding circus and milestones in the couple’s relationship (the meet-cute, first anniversary, first troubles, all staged with an affected air). An accompanying voiceover of Amy’s diary entries frames the flashbacks and encourages audience suspicion – it’s not just that the perfect image being eagerly pimped to the media machine is obscuring uncomfortable conflicts and dissatisfactions, it’s also that these conflicts themselves might be acts of deception. In the games of mutual marital dishonesty, complicated dynamics of victim and victimizer emerge. It’s hard to know who to believe. Maybe the whole film is a trick.

Nick is a specific type of contemporary male, one utterly unsuited to the performative demands routinely placed upon the ‘worried husband’. He is not a terrible person, but simply run-of-the-mill selfish and lazy, articulate but insincere. He writes for a men’s magazine in New York before the couple have to relocate to Missouri, where he teaches creative writing and co-owns a failing bar with his sister Margo (Carrie Coon). Their establishment’s name – ‘the bar’ – is perfectly obnoxious and uncommittal (‘very meta’ observes Boney). He fucks one of his students on the side, because it’s easy and marriage is hard. In another life, he could be one of the clueless beta males in Palahniuk/Fincher’s Fight Club. Affleck is, to his credit or otherwise, an entirely believable schmuck.

The first act brings out the black comedy of the novel, with Nick as the oblivious, hapless husband who turns out not to know a thing about his wife, enduring the flash-bulb attention with the half-hearted exasperation of a man permanently recovering from a hangover. He can’t seem to take the hysteria around Amy’s disappearance seriously, partly because he’s not a serious person, and partly because he’s a little bit glad she’s out of his hair. One of several great touches: at his first police interview he glibly compares the formalities to an episode of Law and Order and begins humming the famous bars of the show’s theme tune. He has found himself at the centre of a scrum of grasping clichés, unable to recognise that his disinterested jock-bro shtick is the ultimate cliché.

It’s hard to talk about Amy without spoiling the story’s later surprises for the uninitiated (they’re part of the fun). But Pike is terrific, channelling her beautiful girl-next-door primness into something new and electric, playing Amy as a ferociously alert, doe-eyed predator. She does suffer a little from Flynn’s clipping of the source’s sketching of character pathologies, and structurally the film shares some of the third act’s original weaknesses. The ideas on show about self-presentation, gender games and news culture are not the most complex, but Fincher isn’t betting on sophistication. The film is ruthless in finding audaciously trashy ways to render its ideas, presenting everyday relationship fears and troubles in extremis. After Fincher’s Social Network and The Girl with the Dragon Tattoo, Gone Girl rounds off a trilogy about the terrifying unknowability of other people, an anxiety complicated and intensified by life inside our omniscient image machines. A ridiculous but righteous domestic horror show. Conor Smyth