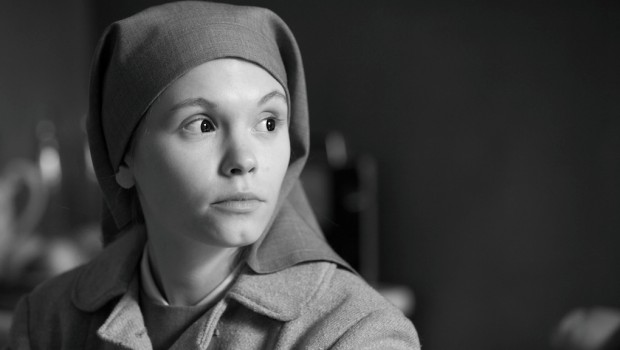 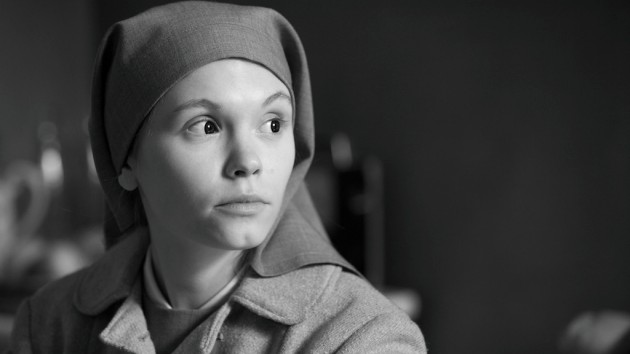 Ida is a modest but beautiful Polish-language buddy road movie from Pawel Pawlikowski, who returns to his homeland for a gorgeously vintage story of histories both personal and political. The sheltered Anne (Agata Trzebuchowska) is a novice nun in Sixties Poland, who has been living in the convent since she was abandoned as a child. Before she takes her vows, she is sent to meet her only living relative, the hard-drinking, cynical Aunt Wanda (Agata Kulesza), a former prosecutor with the Stalinist regime, and get a taste of the secular world she is preparing to reject. Anne’s benign ignorance give way to a complex personal narrative, as she learns her real name (Ida Lebenstein), her surprising religious heritage (‘a Jewish nun’ sneers Wanda) and the ugly effects of Nazism on her family life. The two women travel across the Polish countryside in search of the burial site of her parents, murdered during the war, and some sort of closure with the darkness that has rended their family tree asunder. For all the grimness of the subject matter, it’s surprisingly light on its feet, eighty minutes of distilled film-making.

Shot in monochrome colour in a series of fixed frames, Pawlikowski and his photography partners Lukasz Zal and Ryszard Lenczewski offer a lesson in the strengths of austere film-making, crafting something that could easily pass as a lost gem from East European film archives. It’s an aesthetic that carries over from the naturally ascetic spaces of Ida’s convent, with its rigid routines and stone interiors, to the secular spaces of the external world. There’s a painterly, studied approach to the construction of shots, with their use of natural light and the angular geometry of windows, doorways and townscapes (credit must go to the English subtitlers for their sensitive placement of text). When Ida leaves the convent for the first time, trudging through the snow with her suitcase in hand, she nestles up to the edge of the frame, before fading out of sight. Here, personalities are dwarfed by larger forces, trapped and constricted by the traumas of the past and the tedium of the present. Wanda has gone from the political romance of prosecuting ‘enemies of the people’ to mediating petty disputes over land and livestock, and spends her evenings getting drunk and sleeping with strangers. She resents Ida’s pious self-assurance, even as she scorns it. It’s a transfixing double act.

The doe-faced Ida takes it all in: the lingering anti-Semitism, the historical guilt and the emerging cafe culture of the Sixties, represented by a young saxophonist (Dawid Ogrodnik). It’s an awakening for Ida, her bewilderment and curiosity registered in Trzebuchowska’s quiet physicality. If anything, it’s a bit too controlled – you feel like shaking her to get a reaction. Still, the film is never forced and persistently humane. In some parallel universe, there’s a Hollywood version of this story, in which Wanda learns how to have faith, and Ida learns how to enjoy jazz, sex and the other material joys of civilian life. But Ida’s movement towards resolution (or something like it) is both more complicated and more simple. Ida makes her decision, and the camera moves for the first time, and it’s kind of a revelation. Conor Smyth