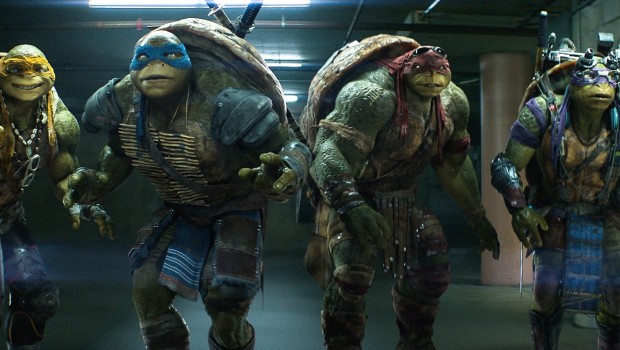 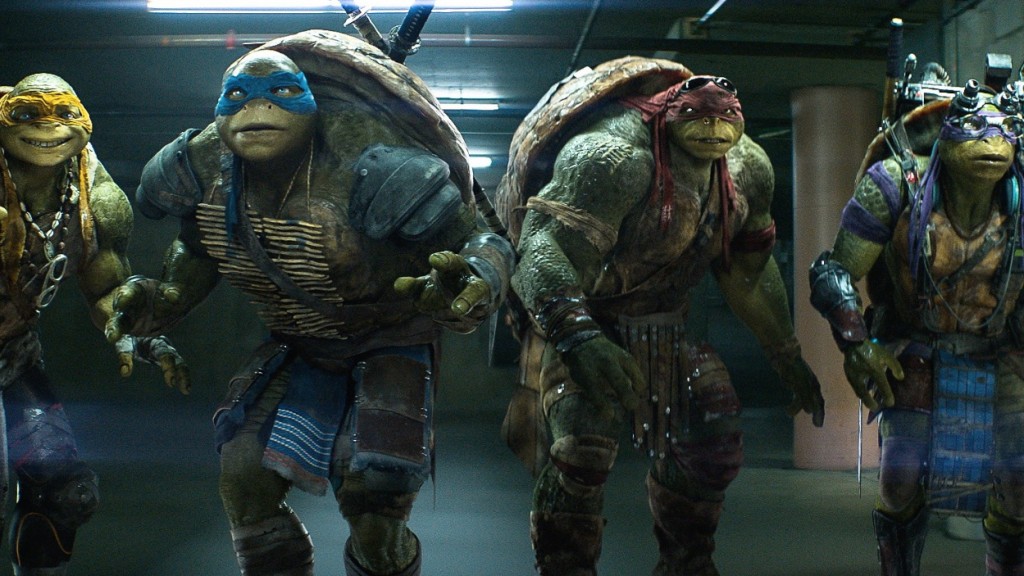 Teenage Mutant Ninja Turtles combines two of the least appealing trends in current pop culture. The first is an unearned nostalgia for television cartoons that were already pretty ropey to begin with (only worsened by the recent dominance of the listicle). The second is the relentless grimification of pulpy comic book material for the PG-13/12A multiplex crowd. TMNT is an inexplicable and gormless film, which seems to have been made with some fictional demographic in mind. There’s none of the pulpy stylishness of the comics, or the light-hearted silliness of the television series. It’s a Nickelodeon production but I can only imagine children will be quickly bored by the unending humourlessness and the focus on human characters no child, or sentient human more generally, could ever care about.

Meghan Fox is April O’Neil, a New York television reporter investigating ‘Foot Clan’ gang activity in the city, who stumbles upon the screen-skinned foursome in the Manhattan sewers (as an earnest news reporter, Fox is less believable than the talking rodent). You know the score by now: Raphael’s the hothead, Leonardo’s the leader, Donatello’s the nerd and Michelangelo’s the ‘funny one’, spitting outdated wisecracks like the guy at parties everybody hates. The heroes in a half-shell have to go up against the ancient Shredder, whose design logic echoes that of The Social Network‘s Sean Parker: the only thing cooler than a ninja robot with two knives is a ninja robot with twenty-two knives. Pulling strings behind the scene is the always-untrustworthy William Fichtner as a rogue scientist-millionaire who plans to set off a deadly poison bomb from atop his handily looming spire, because yeah, he also saw The Amazing Spider-Man.

The film’s directed by Jonathan Liebesman (Battle: Los Angeles, Wrath of the Titans), but it’s got the default Michael Bay aesthetic (whose company, Platinum Dunes, produces). It’s all metallic glean, lens flare and heavy blues, majentas and greens (there is, as you would imagine, a lot of green). Without the charming slapdash prosthetics of the original film series, the green-screened anthropomorphic heroes look weird and unsettling: bulbous, alpha-bro snot warriors with nun-chucks. Watching them hanging out in the sewers with a giant rat in a bathrobe isn’t fun or goofy, it’s just gross. The tone stumbles from frat-house one-liners to grim gun realism to age-inappropriate leeriness. There’s the obligatory ass-shot of Fox and a running joke that Michelangelo wants to fuck her. Hash tag turtle bants. One of the many wasted ironies here is that TMNT began life as a one-issue lark (by Kevin Eastman and Peter Laird) meant to parody the dull, self-serious violence of popular ’80s comics and now, in a full circle effect, it’s been swallowed up by the modern equivalent. It’s one hour forty but it feels like a fortnight. Shell shockin’. Conor Smyth