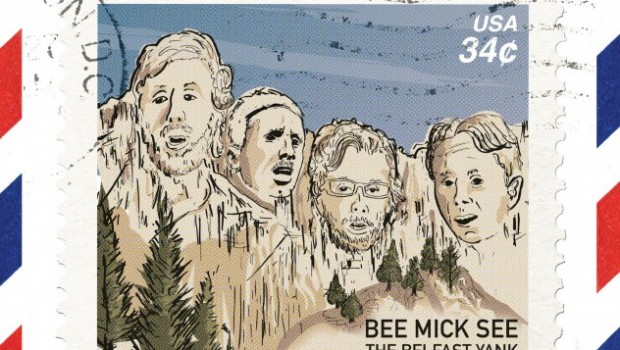 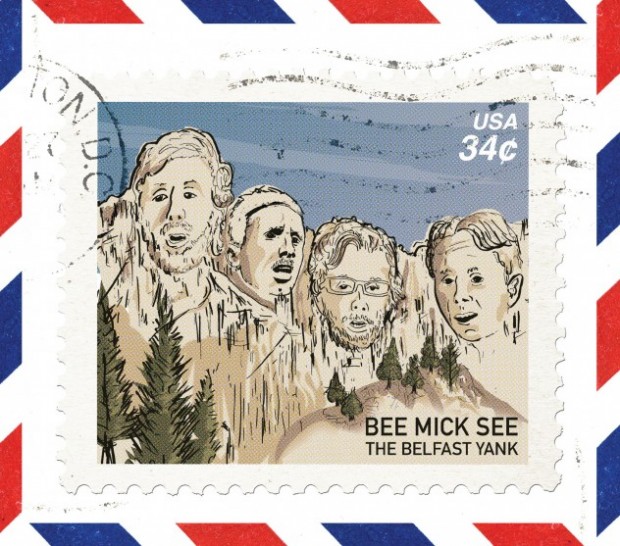 Does belonging to a location make an album better? Is Springsteen as interesting if you remove New Jersey or Nebraska? What about NWAand Compton? If this is the case, then rapper Bee Mick See’s debut Belfast Yank deserves some serious credit. The album is entirely engulfed in Belfast. Its language, culture and people are the subjects of various tracks ranging from loving portraits (‘Belfast Slang’) to lacerating polemics (‘Natural Scents’). Even his flow, which owes an obvious debt to Slug from Atmosphere, is heavily accented; it could only belong to this city.

In spite of its overproduced beats, which bares a welcome resemblance to Malibu Shark Attack, it’s a strangely emotionally honest album. BeeMickSee is surprisingly upfront about the things that are troubling him, be it the spectre of death (‘Death’), his failings as a youth (‘Awkward’) or his troubled relationship with the city (‘We Took A Dive’). The album is this strange kind of Blue Peter hip hop: handmade, rough around the edges and a bit rubbish, but crafted with such earnestness and affection that it becomes deeply endearing. BeeMickSee’s debut isn’t a life-changing album, but it’s an enjoyable and bouncy release that deserves a some serious spins. Will Murphy

BeeMickSee launches The Belfast Yank at Belfast’s The Bar With No Name on Saturday, March 21.