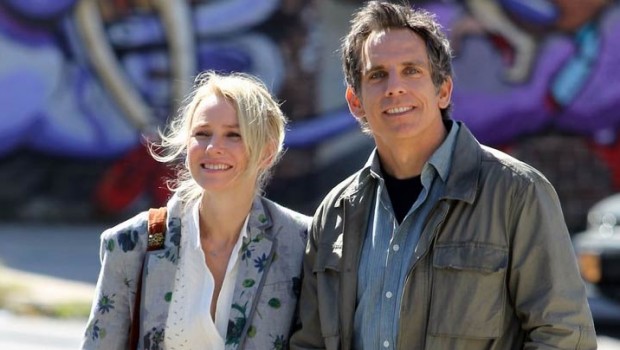 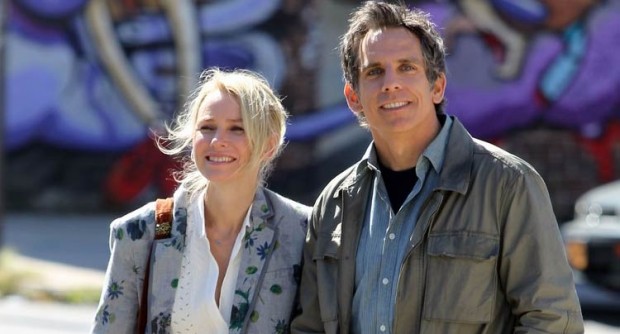 Two years ago, Noah Baumbach made an absolute treat of a film called Frances Ha. It was an intelligent and emotionally resonant film about Millennials, finding direction in life and the idea of maturity in the modern age; basically a version of Girls wherein you didn’t want every character to hurl themselves into a great big bin. For his next film, While We’re Young, Baumbach wisely has chosen to go back to the same well, albeit with a slightly different viewpoint. This time around, Baumbach shifts the view from people in the early 20s to those in their early 40s. While he maybe not be as successful as he was with his last effort, While We’re Young is still a very funny and intelligent film. Plus, the film is bookended with two different versions of David Bowie’s ‘Golden Years’, one of the original song and the other of a xylophone rendition, so automatically the film has does something very right.

The film follows a pair of middle aged documentary filmmakers, Josh (Ben Stiller) and Cornelia (Naomi Watts). Josh, who  has next to nothing to show for nearly a decade of working on the same film; and Cornelia, who, while successful in her career, is bombarded with reminders that she is childless; are introduced to a younger and more vibrant couple, Jamie (Adam Driver) and Darby (Amanda Seyfried), who shake up their entire lives. Jamie and Darby offer Josh and Cornelia a chance to relive their youth and escape the trappings of the false maturity offered by their peers, while Jamie uses Josh’s experience and Cornelia’s father, a legendary documentarian, to get his own documentary made. Along the way, the elder duo are forced to confront their own issues with success, child rearing and what it means to be an adult.

Firstly, what needs to be said about the film is that it, like Frances Ha before it, is a very funny film. Baumbach has always had an excellent ear for dialogue and he loads the film with these little asides, some quiet, some OTT, but all of them absolutely hilarious. One of the more standout comedic moments involves the entire cast, a vision quest, emotional baggage and large quantity of Peruvian mescaline. A number of the film’s strongest moments feature Cornelia’s father, Leslie, played by Charles Grodin. Grodin, who has been absent from cinema for the guts of twenty years, has a legendary sense of comedic timing and a unique vocal tone that he uses to imbue Leslie with authority and absurdity. The man’s absence from the world of the film has never been felt more powerful than when he is screaming about deep fried turkey. It’s important to note that Grodin isn’t an exception, the entire cast do a great job. Stiller hasn’t been this good in a very long time, Watts is her typical excellent self and the support cast of Seyfried, Adam Horowitz and Maria Dizzia do a great job rounding out the rest of the film. One player who deserves particular note is Adam Driver. Driver has been doing consistently great work over the last few years and with Jamie he’s been given a part that he can really sink his teeth into. Fortunately, he knocks it right out of the park. Jamie is easily the film’s most compelling, likable and detestable character, often all at once and this is due in no small part to Driver’s interpretation of the character.

The film also successfully deals with a number of relatively weighty themes. The idea of appropriation appears throughout the film in various forms. Jamie and Darcy’s apartment is full of LPs from a bygone era, their furniture is all upcycled and their style is derived from a wide array of cultural sources. They’re basically Brooklyn hipsters liking things because they should like them rather than because they do. They reference these cultural artifacts despite having never experienced them, because to them once something is out in the open it is owned by everyone. This includes things like another individual’s personal experiences, stories and even the truth. The exploration of this makes for some of the film’s most intelligent moments and helps it rise above the station of twee little american indie picture. The film also discusses our relationship to technology. Primarily, how it has damaged basic human interaction and how, by constantly broadcasting everything that we do, our actions have begun to lose any kind of meaning. Additionally, the film examines maturity and our current obsession with perpetual adolescence. One of the main metaphors used by the film is that of children. While the film doesn’t say that children are the key to maturity, it does suggest that the personal growth associated with having a little tyke may be.

While We’re Young is just a very good film. It’s a movie intended for grown ups that’s funny and sweet but with a lot to say about our society. Baumbach has crafted another excellent feature and let’s hope he can do it again next year with Mistress America. Will Murphy