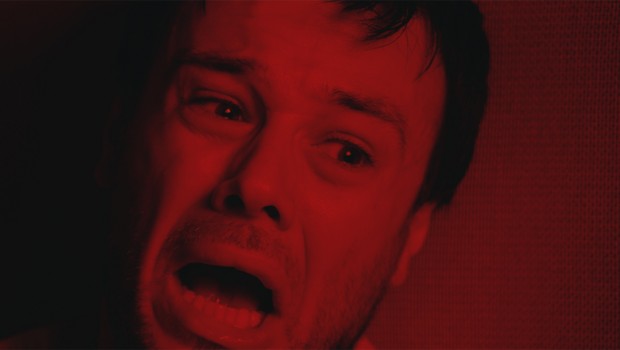 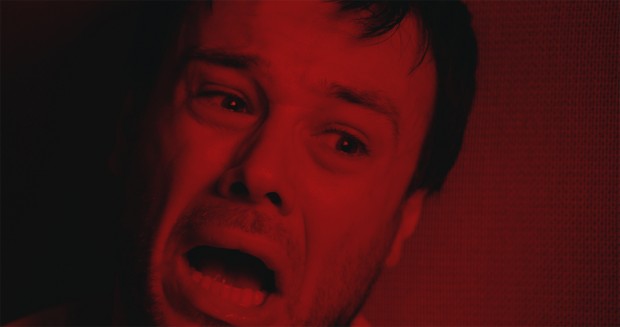 “Will you watch this film with me? I’m scared to watch it alone,” begs the grieving and quite possibly insane father at the centre of Dublin-set The Canal. Film watching is a risky business in Irish film-maker Ivan Kavanagh’s broadly familiar but effective combination of domestic dread, malignant spirits and dysfunctional paterfamilias. We open on a slice of yuppie fantasy, with film archivist David (Rupert Evans) and his beautiful pregnant wife Alice (Hannah Hoekstra) meeting an estate agent and cheerfully joyfully agreeing on a lovely townhouse for their burgeoning family unit, a buzzing middle-class aspiration that goes sour. Horror continues to sound a trumpet of discord amidst our culture’s collective fawning over the promises of property, a warning the Dublin suburbs understand all too well.

Five years later the couple have a young boy and a marriage clouded by distance and distrust. David suspects his wife is having an affair with a work friend, his jealousy and red-hot resentment spiking just as he comes across a strange police film from celluloid’s early days, a grainy monochrome report about a jealous husband’s grisly murder of his wife in a house that strikes David as awfully familiar. Here film watching acts as a kind of incantation, awakening the house’s dormant spirits that skulk just out of sight, behind walls and in corner shadows, whispering encouragements of violence and resentment. Something very bad happens to the wife, and David descends into a kind of fever dream of grief, guilt and paranoia. The procedural narrative of David trying to make sense of all the weirdness, researching the history of his house and pinning newspaper reports to the bedroom wall, feels pretty rote, but it’s all rendered stylishly by Piers McGrail’s photography and the sharp sound design that gives clicker-clatter film reels the threat of a loaded gun.

The influences are plain to see: the hostile real estate of Amityville and its neighbours, the dank waters of J-Horror and the matted hair figures and through-the-screen threat of Ringu. The Babadook, another recent independent horror that leans into parental neurosis, also comes to mind. The Canal isn’t operating at the same level of Jennifer Kent’s frightener – it doesn’t have the same clarity of vision or Essie Davis’ towering hysteria – but it makes similar hay with a suffocating domestic atmosphere. After Alice’s disappearance, David is looked at with suspicion and concern, as he pulls his son closer and rambles to colleagues about child murders from a century ago. Evans does a convincing job with his dead-eyed shell-shock, distracted and obsessed with rings around his eyes. As the backstory of the hauntings moves to the front, the film slips into dips of inertia, the ragtag imagery of sacrifices and séances suggesting limited real engagement with the ideas behind the scares.

Still, there are periods of solid, sustained tension which will be pretty unbearable for the theatre’s thin-skinned, producing a visceral, hair-raising dread unmatched by the bulk of Hollywood’s recent horror output. The tone unravels a bit near the end, as the prickling ambiguity of the demonic and the psychological gives way to explanation and a silly grossness. Veterans of the genre won’t find a lot of innovation here, but Kavanagh and his team have a strong grasp of how to put viewers through the wringer. And the final jumper is an audacious pike through the heart of anxious parents everywhere. Conor Smyth

The Canal is on limited release and is currently showing in select Moviehouse and Omniplex cinemas.