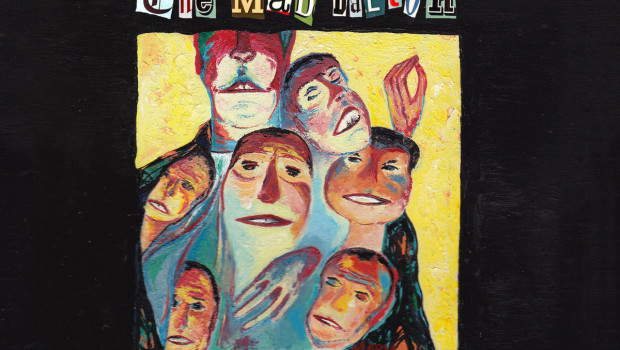 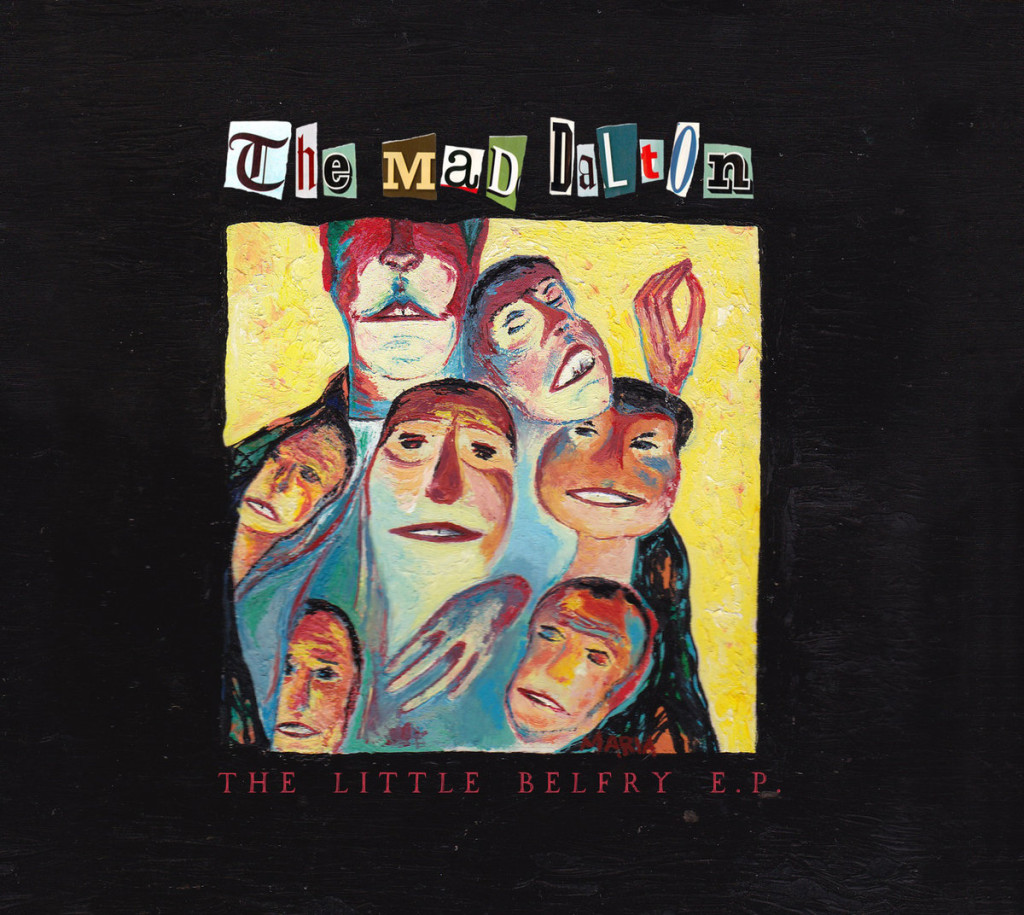 From the outset, one of the elements of The Mad Dalton’s Little Belfry EP that stands out is its ability to conjure a sense of location. With its lumbering, laboured melodies and guttural sadness, the record constantly evokes images of this kind of ‘Last Chance Saloon’ in the American midwest. A darkness at the edge of town where the shallow husks of self-proclaimed saviours keep knocking back glass after glass before the sun creeps over the horizon to remind them that time is endlessly creeping forward and that the fire water won’t burn away what they’ve done. Their stories are all the same, blues numbers filled with pain and regret, and will eventually blur into one as the night progresses. This is echoed in the rather handsome artwork as a collection of vaguely human faces all blur into one malformed blob, expressions on the faces conveying this deep sense of pain. This is is not a nice place to be. It’s desolate and full of a simmering rage that gives way to an emotional abyss. These characters, their lives and this hovel they call home seem to be the main fuel in the Belfast Bluesman Mad Dalton’s tank.

Musically, the influences for the record are evident. Dalton (AKA Peter Sumadh) is open about his love of Tom Waits and it’s clear that Waits’ more straightlaced efforts have been on hard rotation in Sumadh’s head. ‘Cloak and Dagger’s’ booming haunting bass drum and ‘Little Belfry’s’ excellent use of the trombone and accordion add a great deal to the record. However, the biggest influence on the album is, as Dalton admits, R.E.M.’s Automatic For The People. Less so in terms of musicality, rather the record engulfs itself in that unique, barren misery that Stipe and Co. conjured so long ago. The only time in which this influence feels a bit too on the nose is with the solid, but ill-fitting ‘Madge’. It’s a good song, but musically it doesn’t sit well with its brethren and it does feel like it’s trying to too hard to be “raw”.

The album’s closer, ‘Farewell (Boy At The Station)’, easily stands as the record’s breakout song. It is a summation of everything that the record does so right. It’s a story of loss and longing delivered over a swelling piano-driven melody. At times deeply haunting and defeated, the track is fundamentally defined by a litany of woe, but crucially offers one glimmer of light; concluding with the refrain “The end of the road is now here/Remember that love conquers fear”. This final line ringing out gives that single moment of levity that buoys the entire record from drowning in the sea of despair and makes the album better as a whole. Will Murphy

Summary: 'Farewell (Boy At The Station)', 'The Little Belfry'.