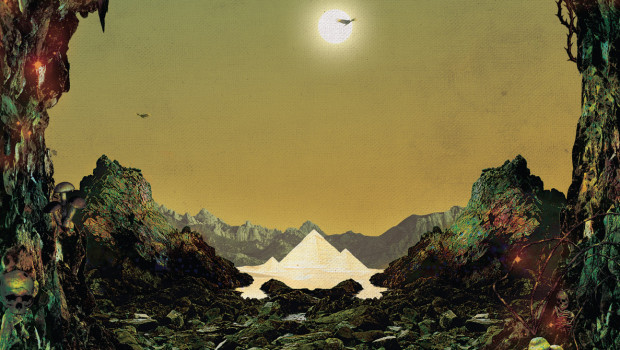 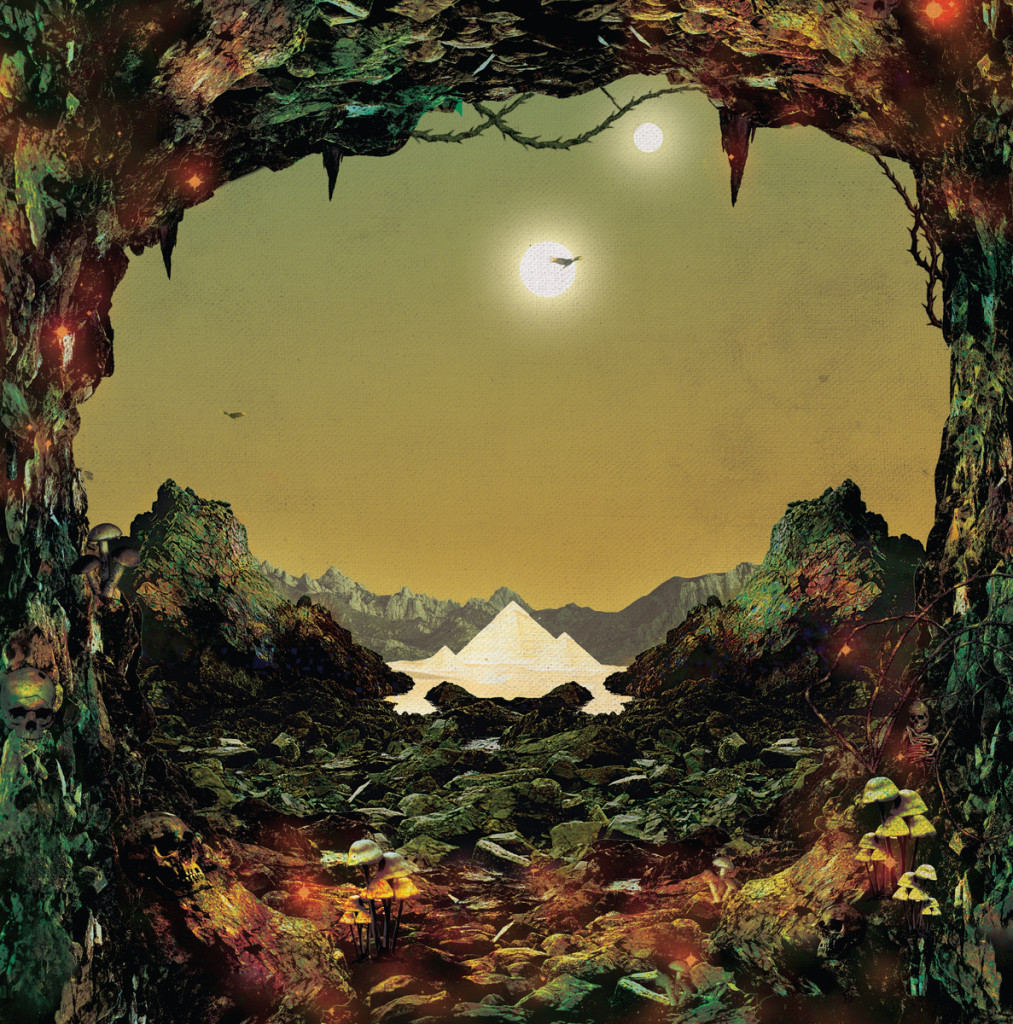 2015 has almost reached its midnight, and filthy, down-tuned rock n’ roll bands are sold in packs of six.  The last five years have been particularly fertile for all things loud, heavy, and based firmly in the blues, and the excitement that would once volleyball around a new act has started to wane and sag. The summer of sludge is over. It is heartening, then, when a group self-identifying as heavy fuzz rock come around to remind you that earth-shuddering grooves are not seasonal, but all-year round. TUSKS from Belfast are one such group.

Robbing the swampy casket of the late Howlin’ Widow, Tusks pushes fuzzed-out rock that meanders about drunkenly in a half-dance, half-stride of confidence. There’s a mishmash of soulful blues, doom, and punk, that sounds so limber and loose that you wonder how the glue holds it all together. Mastered by John McBain, former Monster Magnet member and Desert Sessions collaborator, Tusks’ debut, Embers, is a beast bred into tradition, but is playing with this tradition rather than listlessly following it.

‘The Trial’ kicks us off like the opening credits to a gore-soaked 70s b-movie with its bass-heavy doom strides, reminiscent of sludge pioneers such as Iron Monkey and EyeHateGod. Benny’s snotty, punk vocal delivery stands out amidst the coarse grooves and even during more soulful parts, his voice sounds tipped with poisonous sarcasm.  This adds a different dimension to an already well-established sound, it takes the easy-going, desert cruiser sound from the fuzz and keeps the listener to attention. We get a taste of the swamp-dwelling blues on ‘View From My Tomb’, a track which bounces between those Southern fried power licks and moments that come close enough to mellow. ‘Why I Dream’ lunges forward with one mean riff leading the way while the percussion clatters, crashes, and throws shapes behind the wall of fuzz. ‘Laden Knell’ makes good on the unspoken promise of a punk rock desert vibe, the Kyuss influence might be strong but it never falls into a hole of parody the likes of which many a band has seen. ‘Stalking Horse’ is a fun, bouncing groove track that serves as the last big hurrah before things turn sombre and atmospheric on closing track, ‘Wicked Whispers’, one part psychedelic OM chant, two parts blistering exchange between emotionally drained yells and earth-shaking bass in a seemingly apocalyptic sandstorm of a climax.

Tusks offer up a blend of sounds that are sure to satisfy any amp-worshiping fanatics, in part because they base themselves on a trusted formula, and in part because they deviate from that formula when necessary and do not allow themselves to sound vapid like so many of the “stoner” rock acts that haunt the Youtube suggested list. Liam Doyle

Summary: Check out: 'The Trial', 'View from My Tomb', 'Stalking Horse.'