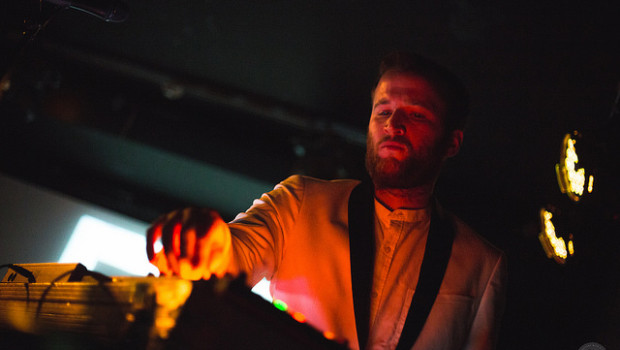 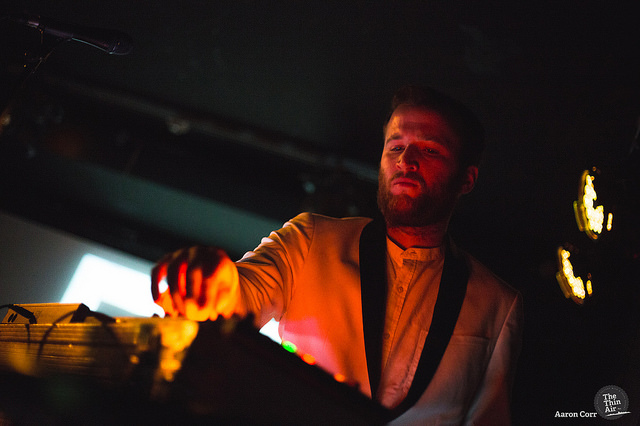 Following last summer’s release of debut LP The Names, electronic artist Chris Baio now sits comfortably in the saddle of his subsequent world tour. “This is our 34th show,” he announced to the Dublin crowd in Workmans. In the preceding hype for this leg of the run, Baio held a Twitter-based giveaway of three sets of tickets to the first of his eager followers to tweet and greet him with ‘hi’. Three pairs were promised, but in the rush of responses, Baio shelled out five or six in his generosity. Given his time spent as bassist for the wildly successful indie-pop quad of prepsters Vampire Weekend, it doesn’t surprise that Baio already has a strong following. What does surprise is that he doesn’t quite match his former crew’s sensational reputation on his own.

The release of LP The Names is entwined with Baio’s own release as a major, headlining artist. Both the sound and vision of the album populate every corner of his creative persona, from the headlines of his website and social media to subliminal messaging in music videos released with the lead tracks. The DJ even dons the white dinner jacket seen in the title song’s video during the show.Aesthetically, the whole work centres around Baio’s relocation and new artistic chapter in London, but while it attempts the same whimsical, acid-wash narrative in which Vampire Weekend depicted darling New York, in the hands of this solo artist, such a narrative pales in comparison and reads rather vanilla. 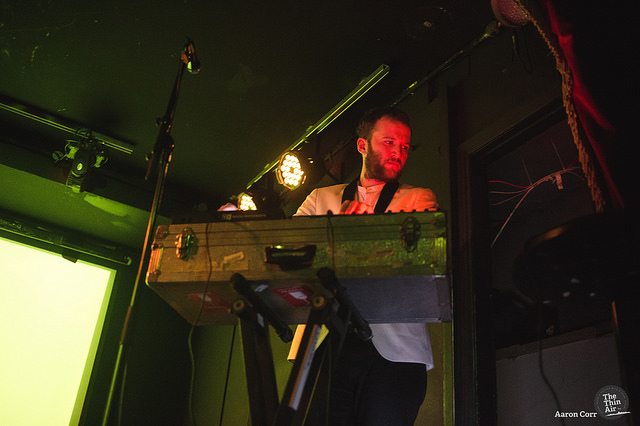 Baio’s beats and loops, rather than titillating with an eclectic arrangement, feel flat, under-prepared, and drenched in repetition. His foreboding, mellow vocals ring redolent of bewildering 80’s pop like New Order, The Smiths, and even Bowie to a degree. Yet while this electrifying potential could rival the style of former band-mate and frontman Ezra Koenig, Baio doesn’t maximise this raw, organic side of his musical output but instead leans too heavily on an engineered, beige sound.

The result is a groove that feels more like waiting than listening. The mediocre acoustics of the worn Workmans concert hall don’t help, either, and the dimensions of the place match neither Baio’s projections nor sound, making his presence look banished to a rundown community-centre venue. Still, the pressing issue with Baio is a lack of recognition in his strengths in favour of less passionate musical interests. Joe Madsen