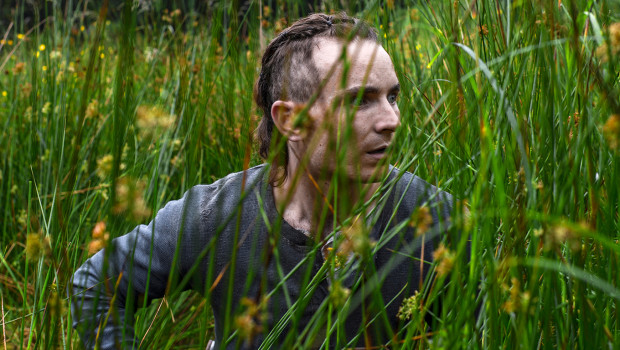 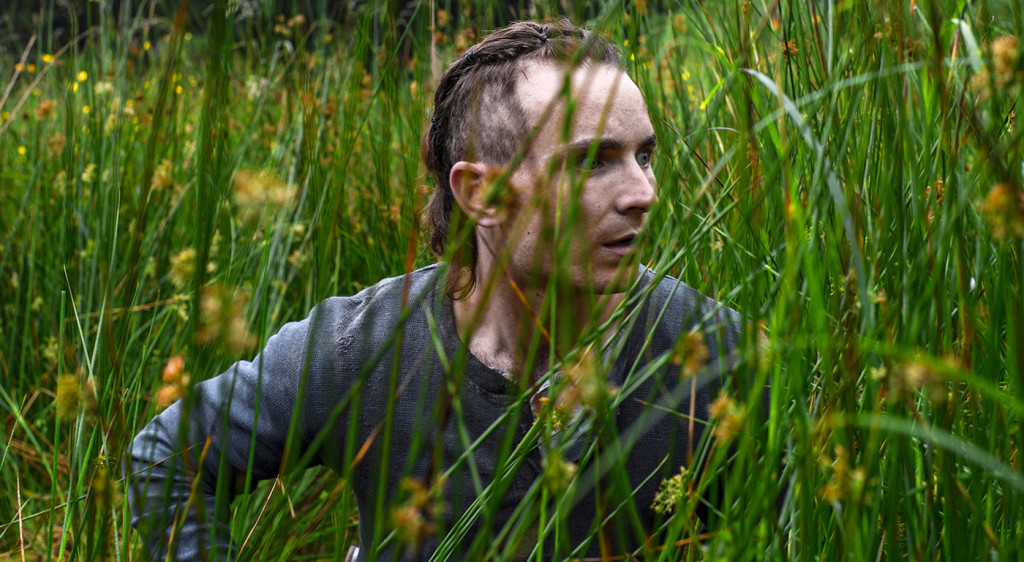 The Survivalist is a lean film for lean times. It’s seven years after the end of civilisation, the collapse of oil production having devastated world population levels, a setup communicated quickly via an efficiently severe line graph animation. Out in the Irish countryside (shot in Ballymoney forestry) lives the unnamed recluse, played by Belfast’s Martin McCann (’71, Boogaloo and Graham), alone in a cabin and eking out a basic existence off the land. Derry-born Stephen Fingleton’s feature debut opens with an audacious establishing section, silent except for the scrape of bark and sploosh of wet soil, following McCann’s hermit as he goes about his daily habits of self-sustenance. Nothing is wasted. Even a cheeky spot of self-love doubles as plant pot fertiliser.

This routine is disturbed by the arrival of two travellers from Monaghan, a mother (Olwen Fouéré) and daughter (Nymphomanic: Vol II’s Mia Goth, sporting a complexion to match her surname). It’s two more mouths to feed, but it does mean extra hands on the farm and a warm, young body to share the bed with. Call it an exchange of goods; a reduction of human relations to their most basic form. In the day they work in the dirt and in the evening they slurp at the dinner table, the extended, tense silences masking shifting evaluations of who is essential and who is disposable. Fingleton resists the temptations of sensation and exposition: we get the sparest details about these people and their background, because conversation is a frivolity that serves little purpose in this new world.

The first time I saw The Survivalist I thought it was extremely well-made but could have done with more story-telling urgency. Seeing it again, the unhurried, haphazard way events unfold makes sense. The decision-making agency that allows characters to propel action is in short supply in this environment, where the vulnerability to random raiding parties is high, and time is organised by the rigid demands of agriculture.

The film lays bare the bullshit of the macho libertarian fantasies of real-world ‘survivalists’, part of the American imagination’s fascination with frontier ruggedness. Historical memories of The Famine can’t help but inform the film’s images of spoiled crops and gaunt bodies. This is countryside stripped of Tourist Board sheen, a place of desolation and precarious living. In a way, The Survivalist is an Irish anti-Western, a rebuke to the romantic individualism of Great Lone Man narratives.

Austere, alert and unsentimental, this is a work of uncompromising vision from Fingleton and McCann, cinematographer Damien Elliot and the rest of the photography and sound crew. It is a significant leap forward for Northern Irish film-making, and a reminder that above all else cinema rewards clarity. Conor Smyth