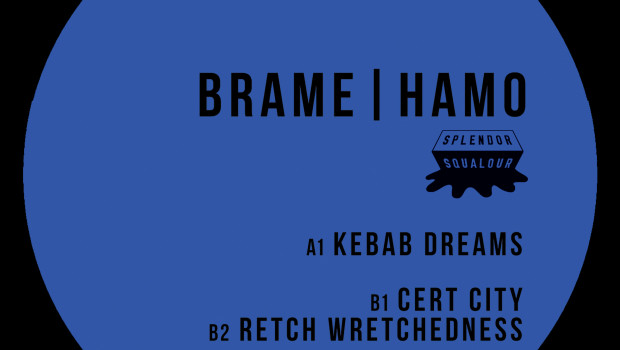 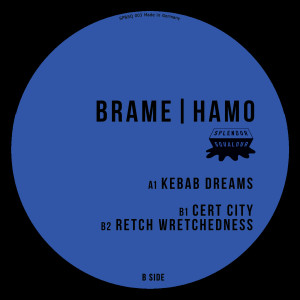 Brame and Hamo are a duo originally from Sligo who, over the course of the past year, following a relocation to Berlin have been going from strength to strength with their blend of house and hip-hop which is resolutely loyal to the genres’ links to Jazz and soul. With their seamless meshing of these styles the pair impressed labels such as Dirt Crew and Detroit Swindle’s Heist Recordings and have since put out EPs on both labels, garnering them plenty of play in label sharer’s DJ sets and an ever growing respect both in their new base and back home.

This month sees the third release on Brame and Hamo’s own imprint Splendor and Squalour, following on from 2015’s Cotton Club, a solo EP by Hamo rife with down-tempo, jazzy house and a slick collaboration with fellow Sligo Hip-Hop merchants This Side Up – How often does someone hear “not a bitta bother on me” spat so smoothly?

The new EP Kebab Dreams finds the duo meshing their vintage sounds with plenty of warm, swelling arpeggiators and keys. The title track on the A-side is both infectious and hypnotic while on the B-Side ‘Cert City’ (a homage to Sligo town) is reminiscent of jazz/hip-hop producer Nujabes. Also on the B-Side is ‘Retch Wretchedness’, a gritty, menacing track that could soundtrack a creepy Sligo-noir (or just get people dancing, whichever like).

The EP will be released in full on March 21st on Dirt Crew and the duo play The Cellar in Galway this Wednesday (16th March) through local event organisers TRIBE.