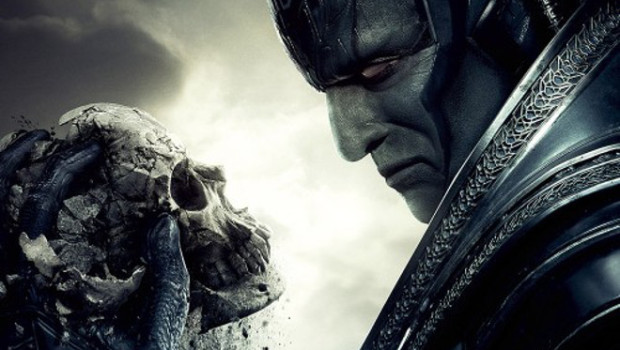 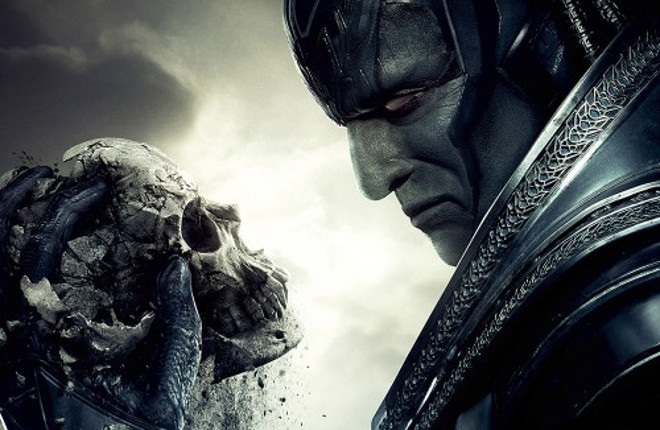 Marvel’s X-Men comics sometimes led with a cheeky fake-out to tease the reader. We open in media res, our mutant heroes pitched in desperate battle against some foe. They’re battered and bruised. They’ve suffered casualties. And right before the moment of defeat, when all is seemingly lost, the scene fades away, leaving the super-powered faculty panting in an empty steel-blue hangar. It’s the Danger Room, the mansion’s holographic training facility. Cyclops, Iceman and co. were never in danger; the stakes weren’t real. X-Men: Apocalypse, the third film in the franchise’s origin reboot, is one long Danger Room scenario, a frictionless adventure that seems to take place entirely within 20th Century Fox’s VFX mainframes. It’s a noisy burst of save-the-world fireworks, a pixelated mirage that dissolves instantly in the memory.

Apocalypse, from director Bryan Singer and regular screenwriter Simon Kinberg, stays faithful to the period-hopping chronology of First Class (The Cuban Missile Crisis) and Days of Future Past (Vietnam, Nixon, lava lamps). It’s 1983 and no-one appears to have aged a day, Wolverine having apparently shared out his time-defying genes. The still folically-rich Charles Xavier (James McAvoy) has his School for Gifted Youngsters in full swing and fresh cadets include Scott Summers (Mud’s Tye Sheridan), who blasts energy rays from his retinas, and the telepathic Jean Grey (Game of Thrones’ Sophie Turner), who has fiery nightmare visions about her latent, possibly ornithological power (hint hint).

The ‘cold war’ between humans and their evolutionary-gifted counterparts is disturbed by the re-emergence of a buried Big Bad in the sands of Cairo: En Sabah Nur (Oscar Isaac), better-known to fans as Apocalypse, is a hyper-powerful mutant with a Pharaoh complex who can melt people into walls. He recruits a crew of disaffected mutants – Storm (Alexandra Shipp), Psylocke (Olivia Munn) and Archangel (Lucas Till), sharing about a dozen lines – and sets about taking over the world, as is his wont. Meanwhile, in the idyllic Polish woodland, Erik/Magneto (Michael Fassbender) is lying low, working a blue-collar 9-5 and kicking back with his cute wife and daughter. He’s slung up the cape and funky helmet. He may, or may not, have bought a boat. But he gets outed, the law comes knocking and his family are caught in the crossfire, sending him into Apocalypse’s arms to make the ‘horsemen’ a neat quartet.

It’s not just young Nightcrawler’s Thriller jacket that feels dated. Arriving on the heels of Marvel Studios’ Captain America: Civil War, which punted the goalposts with its joyful, sophisticated storytelling, Apocalypse feels extra-disposable. The tangled scrummage of new and returning characters, including Rose Byrne’s Moira MacTaggart and Jennifer Lawrence’s reformed Mystique, jostle for attention amidst all the lumpen endofworldery, emotional arcs buried under sleepy performances. Isaac is a performer with proven charisma and presence but he’s caked in blue and barely recognisable. Civil War, again, was clever enough to pivot away from cliched finale catastrophism, externalising emotional clashes for earned fistfights, but Apocalypse steamrolls towards its big, inevitable closing battle, a whirlwind of rubble and dust and a bored Fassbender moving his arms about a lot.

Singer’s 2000 X-Men is easy to mock (wire fights, Anna Paquin, Cowardly Lion Sabretooth) but at least it tried to fold its super-theatrics into real experiences of teenage angst, alienation and bodily transformation and wider thematics of prejudice and difference. Apocalypse’s echo of the original Auschwitz opening coda, the young Erik dragged from his screaming parents, his desperation curling the gate’s iron bars, bears out the difference in approach, and the ultimate waste of an emotionally crunchy antagonist. The brisk dispatch of his magical new family is clunky motivation setup, sure, but the idea of a Magneto gone mad with grief is theoretically juicy stuff. And anyone who saw Macbeth knows Fassbender has the chops. But there’s no flesh on the bones, and when Erik returns to the concentration camp ruins and disseminates the entire location, it feels shockingly featherlight. What should be a moment of tremendous catharsis passes in a shrug of debris, a world away from the muddy, traumatic physicality that kicked this whole thing off sixteen (!) years ago.

“The third movies are always the worst” complains a teenage mutie exiting a screening of Return of the Jedi, a callback to 2006’s troubled The Last Stand and unconscious affirmation of Apocalypse’s total mediocrity. En Sabah Nur’s grand plan is to level the world and create a new one under his command, declaring that the only proper response to a broken system is to destroy it and rebuild from the ground up. In their plans for the future of the X-Men franchise, and the creative roles of Singer and Kinberg, it’s a line of reasoning Fox would do well to consider. Conor Smyth