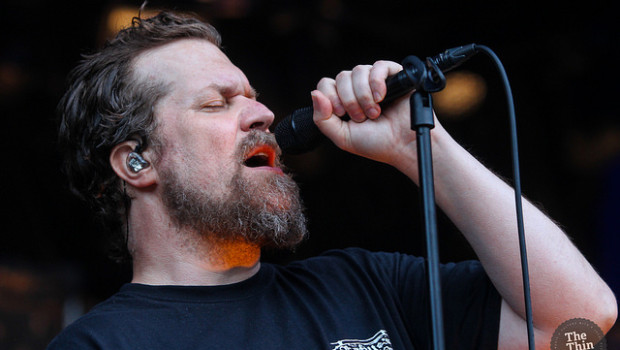 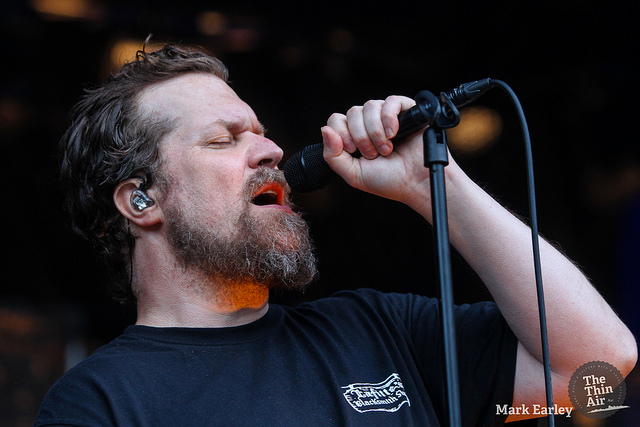 It was a busy night of gigs ­­in Dublin this weekend with Beyoncé and The Stone Roses pulling big crowds. This might account for the fact that tonight’s gig at Iveagh Gardens isn’t sold out – a rarity for a John Grant gig in Dublin. However, those who do opt for the city centre garden setting are far from disappointed.

Following a convincing set by Ane Brun (below) Grant starts off the set by easing the crowd into the evening via ‘Down Here’ and ‘Grey Tickles, Black Pressure’ mixed with ‘Marz’ from his debut album. Those newer tracks have really aged well and there’s a real feeling that Grant has settled into playing them live compared to his last show in Dublin when they were brand new. In fact, Grant – who loves an Irish crowd – seems in extra good form and as the rain stays away there’s a feeling that the night is going be a bit special. 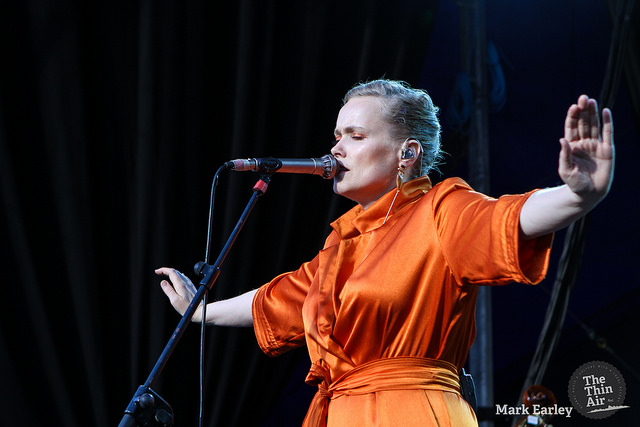 There’s a tangible change in tempo as he kicks into ‘Pale Green Ghost’ and followed it with ‘Snug Slacks’, the latter effort sounding very much in the vein of Beck. For the next few songs, right up until crowd favourite ‘GMF’, Grant has the crowd dancing and there’s real party atmosphere to the proceedings. Taking it down a level with ‘Glacier’, Grant surprises us with the introduction of Villagers’ Conor O’Brien. They sang this song together (with Sinead O’Connor) back in 2014 at his Olympia gig and the combination of the two voices never gets old.

As the sun starts to set, there is an intimate feel to Iveagh Gardens which Grant really takes advantage of in these slower moments. However, he also knows how to lift the mood again. “We really love you guys. I hope you can feel it,” Grant shouts to a roar from the crowd before launching into the rousing ‘Queen of Denmark’ to finish the main set. 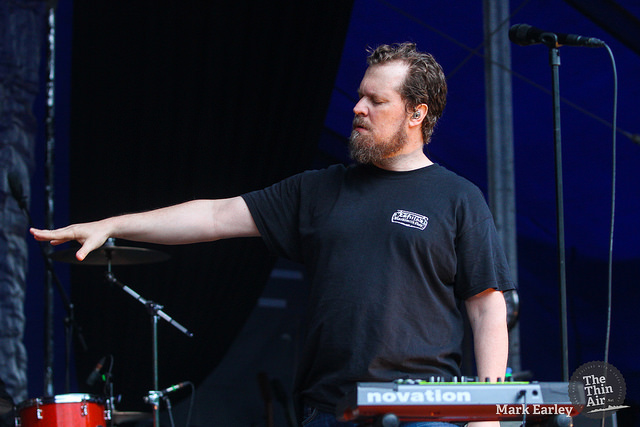 Returning for a four-track encore – a mix of the politically themed ‘JC Hates Faggots’, the electronic beats of ‘Black Belt’, the old Czars’ classic ‘Drug’ and closer ‘Caramel’ – it’s a fitting way to finish a diverse set with songs that play to his strengths. They are also further example of his ability to switch between upbeat and slow, all the while keeping the audience with him on that journey. Grant really has a solid set of diverse tunes from which to pick a set list. This evening, he played it perfectly. Rachel Earley