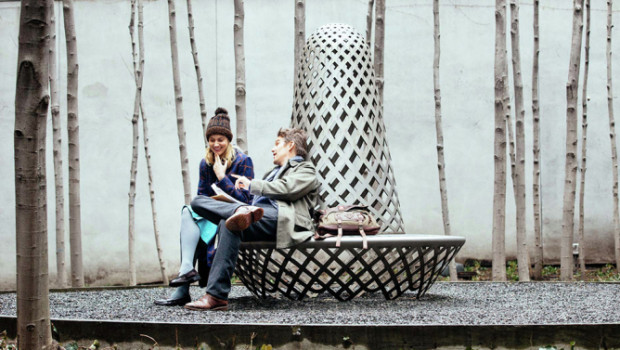 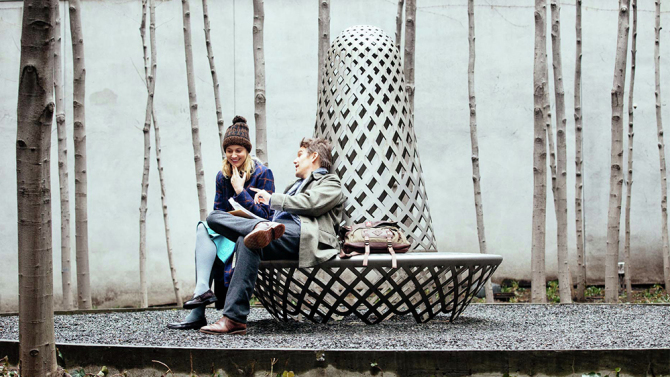 “So, is there a plan?” wonders a skeptical teen in the backseat of a cramped car on the school run. With these adults, it’s hard to know. Questions of intentions, schemes and the invisible hand of fate animate Rebecca Miller’s witty new comedy Maggie’s Plan, a charming three-hander with wonderful turns from Greta Gerwig, Ethan Hawke and Julianne Moore as inter-linked lovers whose hearts can’t seem to sit still.

Gerwig dials down the quirk as the titular Maggie, a single New Yorker eager to take control of her life. She still delivers lines with that air of playful, slightly affected, vacancy, but Maggie is controlled and emotionally neat, knotted up in bright knee-high socks and snug cardigans. Her business outreach job at the New School, bridging artists’ ambitions and commercial realities, signals a more tempered idealism than, say, Frances in Frances Ha! or Brooke in Mistress America. This version of the Gerwig figure is grown up, capable, and thinks she knows what she wants from the world. But we’re never too old to make fools of ourselves, and life still trips her up.

Maggie has a plan, or several of them, and none turn out as designed. We open with her informing ex and close friend Tony (Bill Hader), now married to Maya Rudolph’s art lecturer, that she’s ready to start a family on her own. She’s already lined up a sperm donation from ex-classmate and pickle entrepreneur Guy (Vikings‘ Travis Fimmel) but complicating the picture is Hawke’s John, the “bad boy of ficto-critical anthropology”, who’s trying to write a novel and escape from his wife’s shadow, Moore’s intimidatingly cerebral Danish theorist, played with frosty indifference. Maggie provides the warm reception to his work he’s been craving, and the two quickly fall in love, setting up a fertility comedy with Maggie as the ‘other woman’.

But expectations are scrambled by an audacious timejump into Maggie and John’s worn-in marriage, now with a young daughter in tow. She’s busy fussing around after John’s two previous kids, never mind their own. And he’s still not finished that damn book. Maggie is beginning to suspect that she’s made a colossal error and slowly a new plan emerges, ridiculous but eminently practical: what if she could just pawn John back to his ex-wife without him knowing, and hit the restart button on the past five years?

Compared to her brilliant collaborations with Noah Baumbach, Maggie’s Plan is a minor work in the Gerwig canon. Like its protagonist the film is sensitive but a little empty-headed, curious but not especially hungry for insight. But it’s immensely enjoyable in its own way, with an appreciation for how romance and self-narratives continue to screw with us right through adulthood. Most of the pleasure comes from watching this ménage à trois of smart but flawed and self-absorbed people crash into eachother, their dialogue sprinkled with sprightly academicese (“no-one unpacks commodity fetishism quite like you do”).

Moore, as ever, is the standout, with her clipped accent, fierce stare and wild feathered jackets, an ice raptor who hovers over the self-doubting Maggie, but comes to like and appreciate her rival. John’s novel is a comically exaggerated autobiography about a married man caught between a mad wife and a demure mistress and Maggie’s Plan could have used some of that screwball intensity, but there is a languid honesty to how its stories pan out, the lovers caught in inevitable loops like skaters doing figure 8s. Conor Smyth

Maggie’s Plan is showing at Belfast’s QFT until Thursday 28th July. It’s also playing at the Irish Film Institute, Lighthouse Cinemas and other chain cinemas across the country.