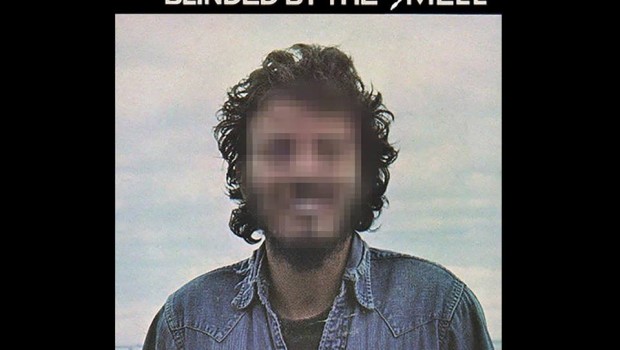 That Snaake – Blinded by the Smell 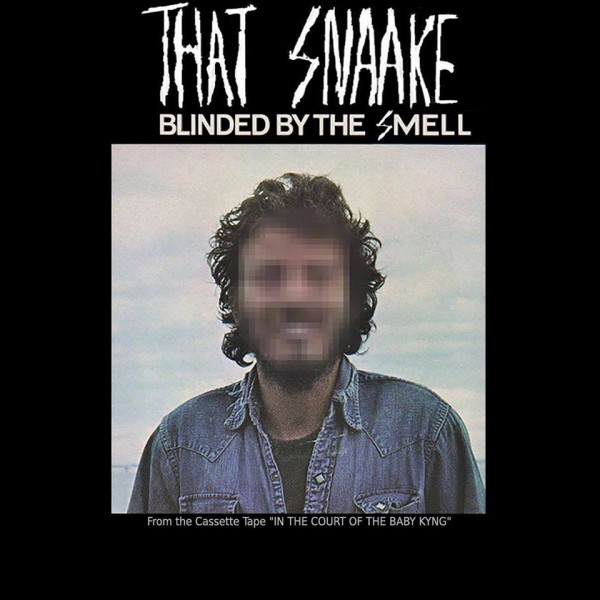 Though they describe themselves as a “4 piece band with 3 capable cyclists”, the primary description that’s been following Dublin’s That Snaake around so far is ‘unfashionable’. That may sound unflattering to some, but really it’s an undeniable positive, setting them well apart from those currently more “fashionable” Irish bands – with current trends leaning towards shiny synths, pop hooks and polished production, That Snaake’s combination of rough and ready guitars and undisciplined vocals that nod to noise-rock and 90s slacker indie do make for a bit of a contrast, but having acts around that rail against what’s currently in vogue is never anything less than vital.

Kicking off with the Dinosaur Jr-like riff of ‘New Stigmata’, Blinded by the Smell’s three tracks carry on just where last year’s debut EP Go Bricker! left off. Burgeoning cassette label Little L Records – who have already put out great releases from the likes of THUMPER and Wastefellow – have even packaged both together as a double EP for the cassette release under the title In the Court of the Baby Kyng, and the two work together as a longer piece to great effect.

‘Scofflaw // Sisyphus’ apparently “tells the story of an ageing musician who played a bit part in the Commitments desperately trying to convince a drunk businessman to bankroll a sequel in the corner of a nightclub while Rihanna’s ‘Work’ blares – making his words inaudible”, kicking off with a gentle drum machine before the band comes raging in, building towards a slicing, pitch-shifted riff that proves to be the EP’s greatest adrenaline high. Final track ‘Sabrina the Teenage Snitch’ will already be familiar to some, having appeared on Little L’s A Litany Of Failures split EP with Oh Boland, Shrug Life and Junk Drawer – a compilation that proves them not to be so out of fashion after all – starting from laid back Pavement-esque beginnings before kicking up more aggression topped off with Paul O’Connor’s screaming intensity.

While Go Bricker!’s title track remains their most interesting moment so far, Blinded by the Smell is another strong, if short, EP that hints at great future potential if they continue to hone and refine their songcraft. If ‘unfashionable’ means unselfconsciously channelling the 90s while others are still stuck in the 80s, well, that’s no bad thing. Cathal McBride

That Snaake – Blinded by the Smell Cathal McBride