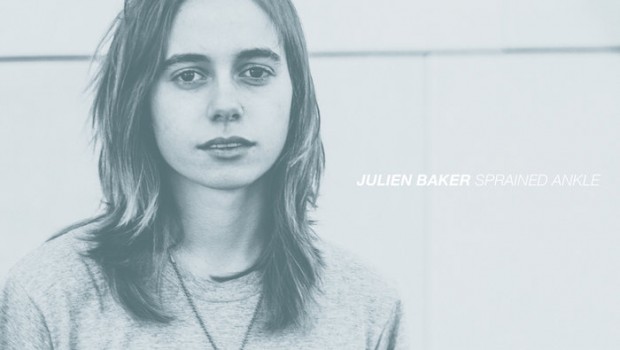 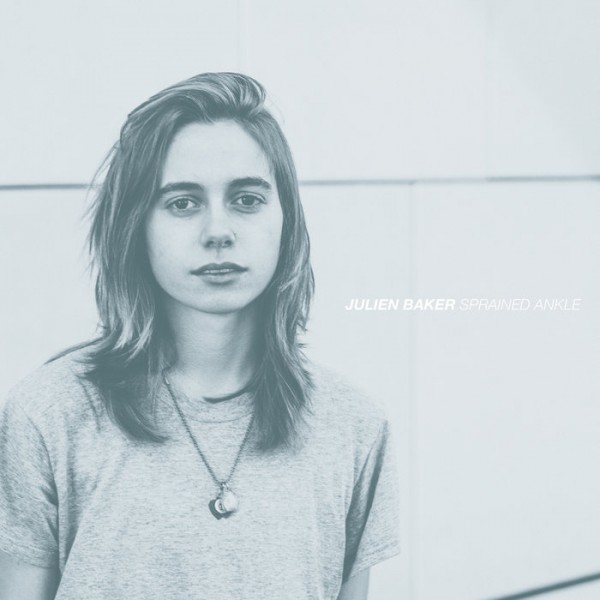 Julien Baker’s debut album Sprained Ankle lures us in with a curiously intimate complexion; it almost feels too intimate to be listened to casually, as if we’re flicking through the most private parts of Baker’s life, gazing in empathetic awe without even introducing ourselves. It’s a one way conversation with stark, personal subject matters such as relationship anxiety, depression, religion and death, and all we can do is listen.

Sprained Ankle was originally released in 2015, but is now being reissued on Matador. It’s hard to comprehend that the album is a year and a half old given that nothing about the album feels as if it doesn’t fit in today’s world. If anything, it suits today’s world more. With ‘mental health’ becoming a dangerously commodified or even irrelevant term to some, perhaps what they need to hear are the tales of a 19 year old’s substance abuse, of their meandering faith, and of their attempted suicides to make them realise that this is not an issue that can be swept under the rug.

Baker, a queer singer-songwriter that embraces Christianity, was never going to be anything other than unique in her approach. Recorded in Richmond’s Spacebomb studios while under isolated conditions, Sprained Ankle is stripped of any sonic security it may have had, avoiding overwhelming instrumentation and instead favouring a more humble duo; voice and acoustic guitar. This bare-bones approach to the album not only emphasises the vicarious bloodshed on the album, but allows for Baker to draw the listener to her rather than forcing a message through overzealous melodies.

Sprained Ankle is quiet in its approach. It forces us to listen carefully if we intend to hear anything at all; Baker isn’t desperate to purge her sorrows onto us, more so, she is inviting us to listen, to observe her troubles for what they are rather than to shy away from them. The album is not a method of catharsis in this sense, but more so an ambient observation of the questions and troubles that she faces. In ‘Good News’, Baker describes the perpetual cycle of guilt she feels in a relationship due to substance abuse. “It’s not easy when what you think of me is important” she cries, conveying to us that she feels guilty about having someone care for her, which only exacerbates her self-loathing and subsequently, her drug abuse. All of this is done through minimally echoed vocals and solemn guitar, reeling us in and forcing us to engage with the tales of growing up.

Religion seeps its way onto the album organically. On ‘Rejoice’ Baker openly ponders the existence of God before immediately stating that “there’s a God and he hears either way”. She is rejoicing for God and for her life, yet it is out of uncertainty, tainted with the darkness she has faced before. The theme continues in album closer ‘Go Home’, a deeply troubling track saturated with images of suicide from “needles” and “Kitchen bleach”. The track fades out to a piano solo of the church hymn ‘In Christ Alone’ with a few crackles of church radio that somehow got fed into her preamp during recording. The soft nature of the piano suggests serenity; perhaps from finally being granted death, or perhaps from being granted salvation. In either case, our protagonist is now gone, and she has left behind all of her memories for us to recall.

Bereft of any fanfare, Sprained Ankle still makes a painfully lasting impression. It turns what could have easily been a loud, cathartic experience into one that is subtle enough to observe the gentle whisperings of pain in the everyday. This coming of age album is evidently from someone whose wounds are still open, who is still learning about themselves and how to deal with the surge of tidal emotions felt at nineteen. The feelings that this release stirs up are not ones that we like to indulge in, but somehow, Baker makes them feel absolutely necessary. Mitchell Goudie