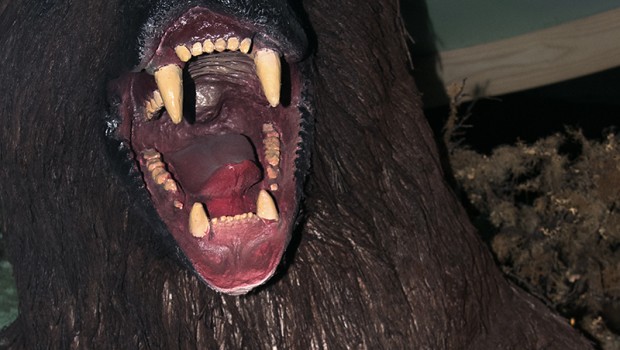 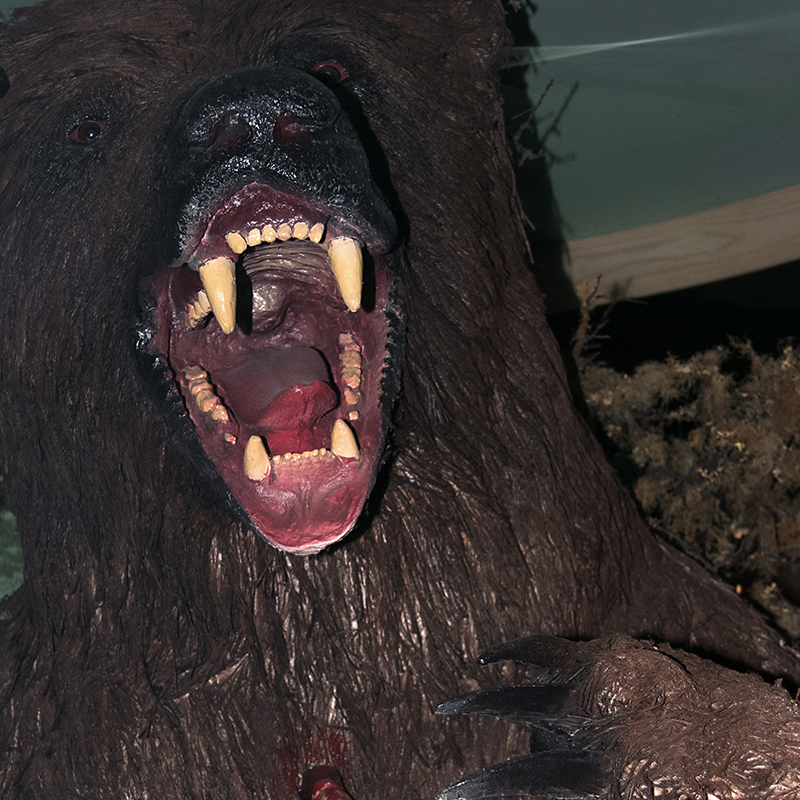 What: A Walk Through Time // What Is An Apparatus?
Where: Douglas Hyde Gallery
When: February 17th – April 5th
Words: Aidan Kelly Murphy

History, and the narrative arcs that flow through it, is rarely presented to us for review, instead it is often curated. ‘History is written by the winners’, is a phrase often used to illustrate this manipulation of stories and events; but even a quick delve into the origins of this quote reveals multiple attributions to Winston Churchill, Napoleon Bonaparte and Walter Benjamin – historical accuracy it seems is not always needed when it comes to telling a good tale. It is the role of objects, and the subsequent tangent narratives they generate, that is investigated by Sean Lynch in his dual shows A Walk Through Time and What Is An Apparatus? in the Douglas Hyde Gallery.

The two bodies of work, though disparate in medium choice, share key commonalities around the construction of stories through objects or apparatuses and the ability these narratives have in relaying and constructing certain aspects of a story. In A Walk Through Time Lynch presents imagery featuring dioramas from an eponymous display in The Burren Centre in Kilfenora, County Clare. These life-sized figures were created by former Pink Floyd and Rolling Stones set designer Keith Payne in 2001 – the presence of performance and entertainment palpable. In his portrayal of the dioramas Lynch has adopted a photographic style akin to an over-zealous tourist with harsh flashes that obscure sections and crops that cut others out altogether. The sense of the comical is enhanced, but this also provides a well executed vehicle for questioning why we are presented with these scenes. Compared to more recent history, the depiction of our ancestors millennia ago sees the need for political legitimacy removed but in its place remains the opportunity for a creative, and in parts jingoistic, representation. This historical propaganda often materialises itself in comical and brutally violent forms – in an accompanying essay by Michael Hill we’re advised that Payne himself noted “that his representation of a bear massacre was initially considered grotesque by many who viewed it in the locale, yet no objection was made to its installation in the final display”. What we see is on one hand historically accurate but on the other a complete fabrication. 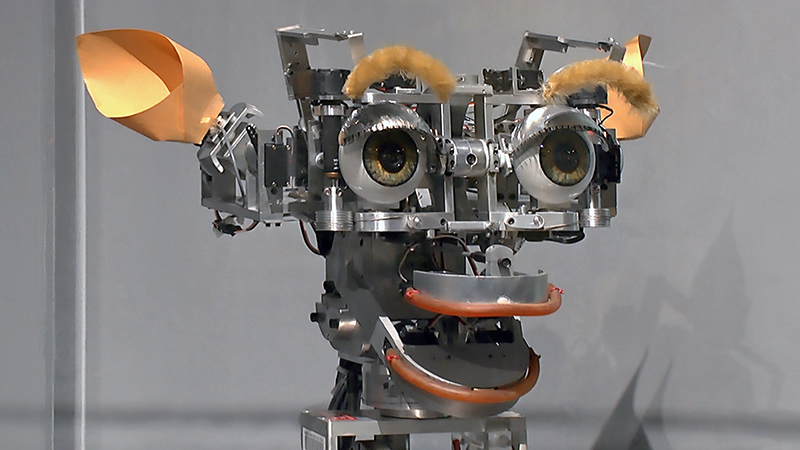 This clash is momentarily halted when you encounter the Tau Cross of Kilnaboy – a T-Shaped, dual headed sculpture which has been relocated from its home in Corofin’s Heritage Centre for the duration of the show. The stone, whose dual heads evoke notions of the Roman god Janus, has had a recent past of movement, disappearance and reflection, while its origins and ancient past are unknown. Its presence in the gallery is strong and definitive and on the surface less transient than that of the photographs that surround it. On reflection this fades as its true name, like those of the people depicted in the dioramas, is unknown, its purpose is a mystery, its age an enigma. Its role as an apparatus for progressing a narrative, like those of the figures photographed, still succeeds despite the absence of confirmed accuracy.

Across the room is Lynch’s video piece What Is An Apparatus?, narrated by Gina Moxley. The piece is looped with a discernible beginning or end hard to locate. We see tales of objects large and small and the narratives that surround them. One story tells of two lovers, one travelling the world in a nuclear submarine and unaware of how far away he is from the other. He then notices the seaweed that the submarine’s anchor is pulling in and over time learns to distinguish it so as to provide a method for placing himself  in the world – and as such calculate the distance to his soulmate. In others we encounter a scrapyard, and the metal that lays within her, and classical Greek and Roman sculptures, a movement that has fallen out of stylistic favour. 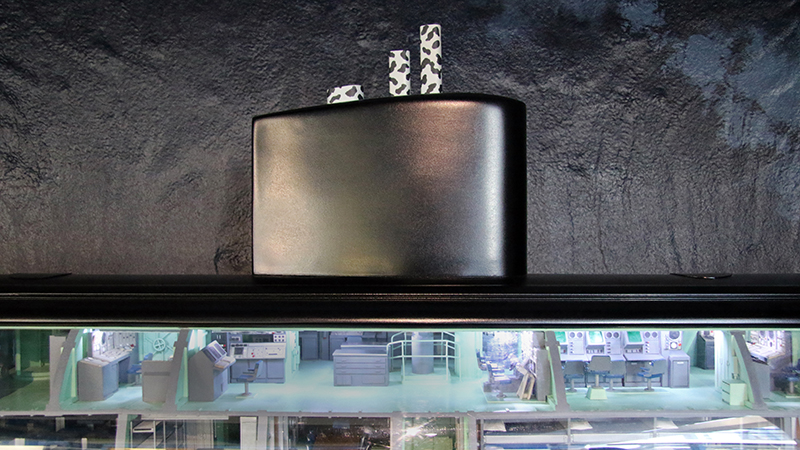 Two of the video segments that stand out are about unwanted art school furniture and Belfast’s Titanic Centre. The former tells of a practice where the unwanted contents of art schools are rounded up for storage. They later will be sold at vintage markets as custom pieces. Their value and use paused, until reimagined at a later point. Their role as an object in the educational process replaced with a position of pleasure. In the latter segment we hear of difficulties in representing a tragedy such as the Titanic. How do you meaningfully represent the 1,517 people lost to the North Atlantic Ocean? According to a PR Guru employed to manage the opening of the Titanic Centre, this is done by only charging and allowing a maximum of 1,517 people into the vessel for their memorial.

In A Walk Through Time and What Is An Apparatus? Lynch doesn’t seek to dismantle the entire fabric of our cultural representations, he merely pulls at the threads enough for us to see through some of the more thinly veiled aspects.