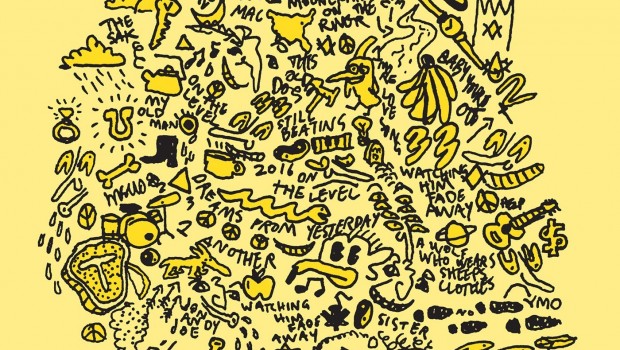 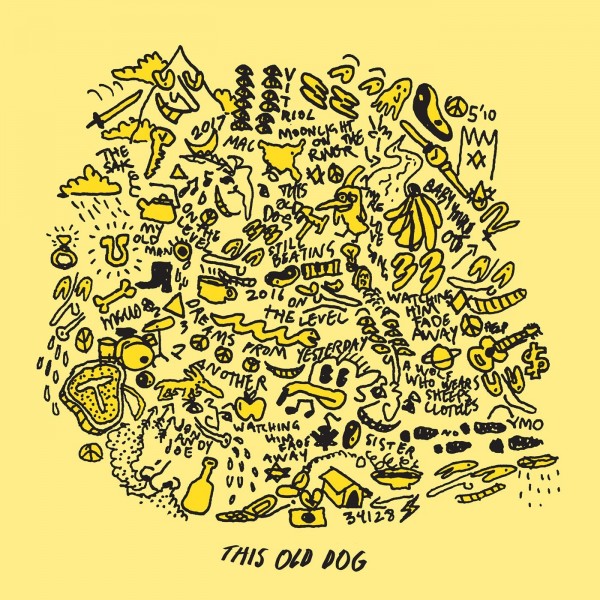 “Mellow” is a word that, quite obviously, always sprung to mind whenever Mac DeMarco breezes into conversation. And indeed, no other word could be more fitting for This Old Dog, his third full-length release and the eagerly anticipated follow-up to his 2015 EP, Another One. The self-proclaimed king of “jizz-jazz”, loved for his goofball sense of humour as well as his chill lo-fi sound has carved a niche for himself since his 2012 debut 2, always decorating his music with a hint of melancholia and a tongue in cheek self-awareness. DeMarco seems nothing if not comfortable in his own sonic world.

Comfortable though, is hardly the first word one wants to be branded as when they release a new piece of work. Artists are usually keen to be on the cutting edge, to be that brand new sound, be the next “Thing”. DeMarco, however, has been that “Next New Thing” in the past, and seems at this point to have nothing left that he needs to prove. He has consistently stood out from his peers for being that bit more humorous and self-deprecating than your regular indie-guy with a guitar. The oddball aspect can still be seen in This Old Dog – the title track’s music video features a gang of pig-mask wearing guys – but this album does carry itself with a bit more seriousness. This added hint of sadness somehow gives the impression that DeMarco has grown up, even if just slightly.

There’s always a risk when an artist plays to their strengths, that it won’t work as well or that it will sound like the same old rehashed sound that you’ve come to expect from them. This is something Mac stumbles through in the first half of this collection, with songs like ‘My Old Man’, ‘Baby You’re Out’ and ‘For the First Time’ . While great tracks in the strictest sense, they are indistinguishable from previous albums, and wouldn’t have been out of place on Salad Days or 2.

For an album to come across as safe (good, but safe) on a first listen is inevitably a disappointment. But given more time with This Old Dog, that more mature – more emotional – side of DeMarco slowly appears through the lyrics. Songs like ‘Sister’ ‘Watching Him Fade Away’ and ‘Still Beating’ show him at his finest and at his lowest. ‘Watching Him Fade Away’ is an ode to any 20-something faced with the prospect of loss, especially the as-of yet experienced death of a parent, with DeMarco lamenting that if “even though you barely know each other/it still hurts watching him fade away”. The track encompasses the overriding theme of the album, one of growth tinged with worry; while ‘Sister’ stands out at one minute and nineteen seconds for its simplicity and the way that it makes you feel like you’re seeing Mac at his core, separate from his goofball outer shell. He stands here like a sort of hopeful cynic, if such a thing exists.

This Old Dog is basically what one would expect from Mac DeMarco: a lo-fi, spacey album that treads the line between the stripped back psychedelia and blues that we’ve come to both expect and love from the so-called indie slacker. But for a slacker, DeMarco demonstrates a real self-awareness, both in terms of emotions and of his place in life at this point. It’s not always a bad thing to know what to expect, and This Old Dog is an album that deserves pride of shelf as an work unto itself next to his previous albums. He is confident in his sound, and enduringly comfortable within it. But he has taken what can be considered as his signature sound and matured with it, and the result is ultimately a more sombre, adult one. Comfort can be a great thing and, like a warm blanket, This Old Dog wraps you in. Listened to closely though, it just may leave you feeling a little bit colder than his previous output. And maybe that chill is something we need to feel from time to time. Aoife O’Donoghue

Summary: Check Out: Dreams From Yesterday, Moonlight on the River