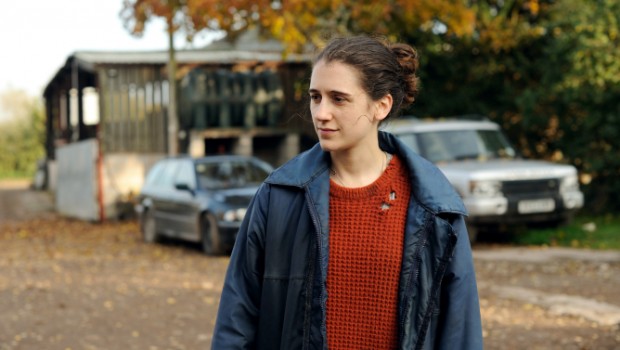 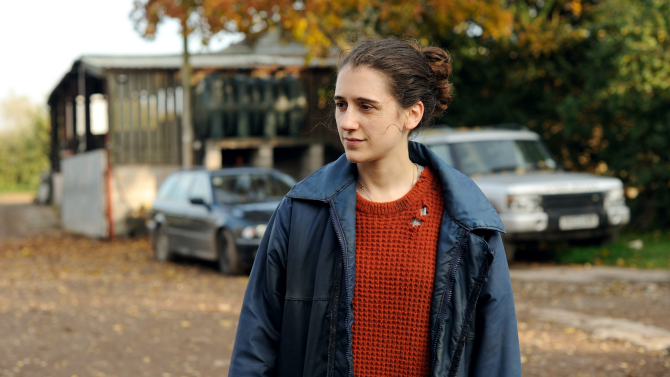 Hope Dickson Leach keeps her aim steady and hits her targets in The Levelling, her first feature and a sturdy, professional piece of grim English countryside realism. Trainee veterinarian Clover (Game of Thrones’ Elle Kendrick) is called back to the family farm when she receives word that her brother Harry, who was just given stewardship over the land, has shot himself with a hunting shotgun. The police have filed it as suicide, but her father Aubrey (Joe Blakemore), insists that it was just a “bloody stupid” accident, a descriptor he seems to apply to almost everything, his manner one of blustering, denialist, repressed panic. Clover may hold the family name, but she returns to the property with an outsider’s skepticism, a rational investigator in a situation dense with unspoken emotion and warnings of catastrophe.

With cinematographer Nanu Segal, Leach gives us a bleak, austere countryside sinking into its sodden bottom. Everything seems to be slowly degrading. Recent floods have scarred the soil with glass and other debris, devastating its value, and flooded the family farmhouse which still lies unused, thanks to insurance problems. Aubrey is living out of a caravan on site and with the mother gone, it’s only him and Clover left to look after things. He doesn’t have interest in looking after much, fobbing off her questions about her brother and the practicalities of the farm, sipping on whiskey and getting sentimental with Harry’s old mates. Clover is a great, ably sketched heroine, expressing her curiousity in a clipped, practical, not always likeable cadence that suits the rigours of farming and veterinary practice. She holds her ground against her father and his airy waffle, but is cut down by moments that reveal the black spots of her own familial understanding.

Guilt and subtextual accusation hang over everything. Aubrey blames Clover for leaving the farm, a kind of blood betrayal, and shifting unbearable responsibilities to her brother. Clover blames Aubrey for being too tough on Harry and for not noticing how things got bad. In one poignant scene, the two sit in their attic, rifling through old bric-a-brac, running through their various mistakes and misassumptions. Aubrey has a kind of pathologised denial, a survival mechanism for folding away tragedy and getting up to milk the cows, and as Harry’s funeral approaches he seems unable to emotionally course correct. The Levelling doesn’t offer much in the way of surprises, but it’s an assured, tonally deliberate work, one which demonstrates a strong new talent in British film-making. Conor Smyth

A special BFI Independents screening of The Levelling is taking place at Odeon Belfast on Tuesday 23rd May. Tickets here.