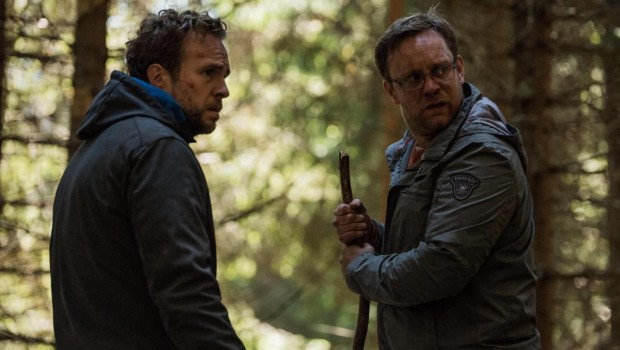 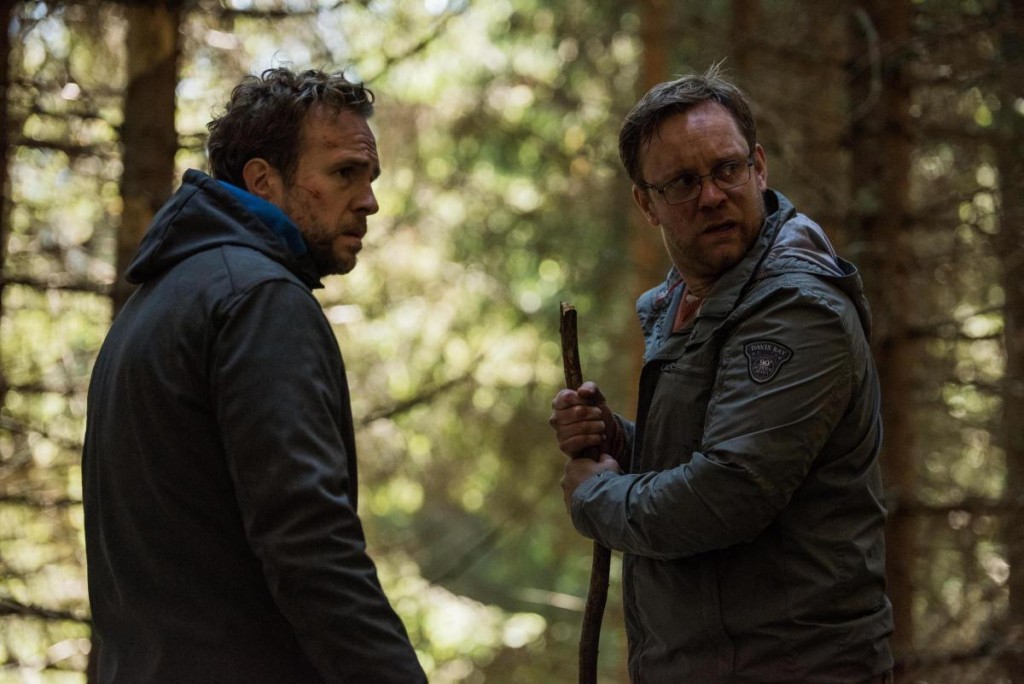 With The Ritual, director David Bruckner (VHS) bolsters the recent rise of smart indie horror, bringing together a talented cast to recreate the Adam Nevill novel with suitably unsettling and outright creepy results; one that pays distinct homage to the usual ‘monster in the woods’, jump-scare tropes but still manages to transcend them with an intelligent script, great production and acting and deft directing.

On a night out in London, a tight-knit group of five friends’ relationship is rocked when one them is brutally murdered during a robbery. The four remaining mates decide to have an upcoming stag do in the Swedish wilderness to honour his memory but when they get sidetracked and decide to venture into nearby woods as a shortcut, they stumble across a strange hut and decide to take shelter there. Soon in, they realise that they are being stalked by something otherworldly, something that can manipulate their very fears.

The Ritual gives the impression that it will be a straight-up Blair Witch Project-style horror, laden with jump scares, but there is a lot more going on here. Working off the novel, screenwriter Joe Barton (iBoy) creates an authentic relationship between the men, helped by Rafe Spall (The Big Short) in the lead on great form, along with Asher Ali (Four Lions) and Sam Troughton (Vera Drake) in support. The banter flows well between the quartet, with some sharp wit having a prominent place before it all goes south. The impending sense of doom among the friends is fantastic and really gets under your skin, although the initial opener, when their friend gets killed, leaves you with no doubts that you are watching something that will not pull its punches with the gore.

As the horror side to the story kicks off, the filmmakers manage to do a great job of paying homage to movies like Bone Tomahawk, Troll Hunter and Blair Witch while never telegraphing anything too much, and firmly putting their own stamp on this genre. When the psychological side to the film rears its head and a place where nightmares and reality entwine becomes integral to the story, The Ritual shows an intelligence that is refreshing in this genre. If you enjoyed this year’s underrated It Comes At Night, then this may be up your alley.

Where the problems lie with The Ritual is in its use of CGI in the later stages. It does look well and is convincing, yet I couldn’t help feeling that they went a bit too far in showing their hand. Some people will certainly feel that they drift into ridiculous territory but it is a brave move by the filmmakers and, for the most, they create something that looks alive, as opposed to looking like a computer game. And that’s a hard feat for a low budget movie like this to achieve.

If you are a horror fan then The Ritual is a must. It’s clever, brutal, looks great and does enough to switch up this much-flaunted genre to keep you guessing until its relentless finale. Kev Lovski

The Ritual is out on wide release.