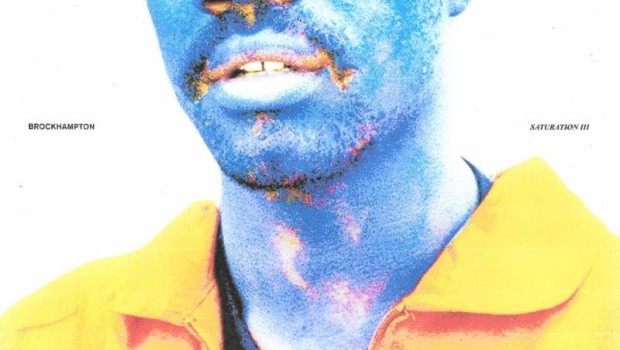 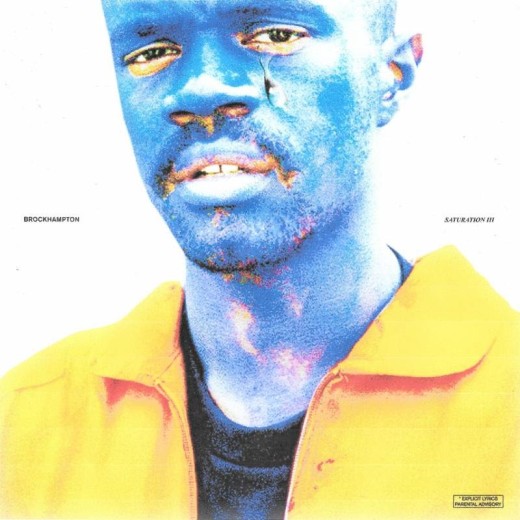 Every great party has a moment where you wish it would go on forever. That point where you look around the room and hope against all hope that it could just go on and that the obligations that tomorrow always brings might never arrive. But part of you knows they will. Brockhampton’s latest record feels like the sonic equivalent of that moment. Saturation III is the end of one era for this 14 man boyband, troupe that seems simultaneously assured of itself and its future, but also not quite ready to let go of that perfect moment before reality sets in.

There are few stories from 2017 as good as Brockhampton’s. They formed in part through a Kanye West fan forum and, led by Kevin Abstract, all moved into a house in LA in a sort of homage to Zuckerburg, and perhaps more specifically, The Social Network. They are the online dream of every wannabe rapper/producer. Brockhampton are what was supposed to happen on the Internet. It was supposed to be a way of connecting like-minded people, an incubator for creativity that would bring about a new age of creativity unseen since Michelangelo looked up at the Sistine Chapel and thought “that could use a lick of paint”. But then again, things never really happen quite like we expect.

For a large part though, Brockhampton actually has. They’ve released albums – four of them, if we’re including their All-American Trash Mixtape – and Saturation III makes it their third this year alone. For a moment, it looked like this would be it for Brockhampton, but what was billed as the “The Last Studio Album by BROCKHAMPTON” only weeks ago has been already been gazumped by the announcement of a fourth album Team Effort scheduled for 2018. The party’s not over, and the loyal following grows and grows. The musical energy, the mythology, community and sheer consistency of this group have made them into one of the most exciting things to happen in hip-hop all year. Even on the day ‘BOOGIE’, the first single from Saturation III, dropped there was also a 22-minute short film by the name of Billy Star uploaded to YouTube. Featuring a mix of unreleased cuts and album tracks, the film, directed by Abstract, further showcased the breath of emotion, honesty and talent the group exude.

From the opening of Saturation III, we’re given reason to believe the party may never end. ‘BOOGIE’ is an energised rap song in its truest form, fully-equipped with sirens and bull horns. ‘ZIPPER’, its follow-up, sounds like an early 00s inspired jam, filled with layered vocals and hat-tips to D12. However, things start to take a turn for the darker on ‘JOHNNY’. Here, for the first time, we get a hint of the malaise that would undoubtedly kick-in after living in a house with 14 dudes for any length of time. Kevin Abstract chimes: “I just want my own apartment / I just want my own space with my old best friend”.

And this is not the only part of the record that gives off a sense of unease. The Giorgio Moroder styled first half of ‘SISTER/NATION’ is a sizeable departure from their earlier work; as are the more lethargic sounding synths of ‘ALASKA’. Even the cinematic interludes dotted throughout Saturation III begin to sound threatening towards the end. Whatever change this signifies for the group, it can’t help but seem as though the initial euphoria is waning, leaving us instead with the anticipation of uncertainty.

It’s not to say that this record is without its optimistic notes. The arrangement of ‘HOTTIE’ is very much an upbeat one; and the same can be said for ‘RENTAL’, which has a nice early 00s inspired R&B groove. There are also some strong performances from some of the band’s less-celebrated members: Dom McLennon competes with himself for the title of best verse on the LP for his takes on ‘STUPID’ and ‘STAINS’; and Joba lays down some Das Racist influenced killer lines on ‘JOHNNY’.

Overall, though, Saturation III finds the group shying away from the ecstatic fun felt on the two previous records. Kevin Abstracts pop sensibilities are still apparent with some great hooks but the overall darker ambience warns of changes on the horizon for Brockhampton. What that means remains to be seen, but with an already semi sold-out tour to come, it won’t be surprising if their upward trajectory continues. One just hopes they don’t burn out along the way. Perhaps it’s time Abstract and co. got their own digs. Cal Bryne