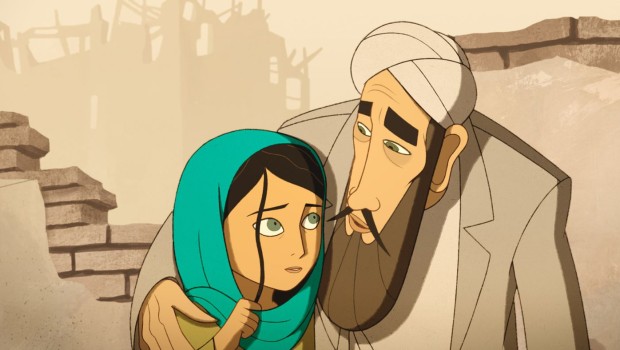 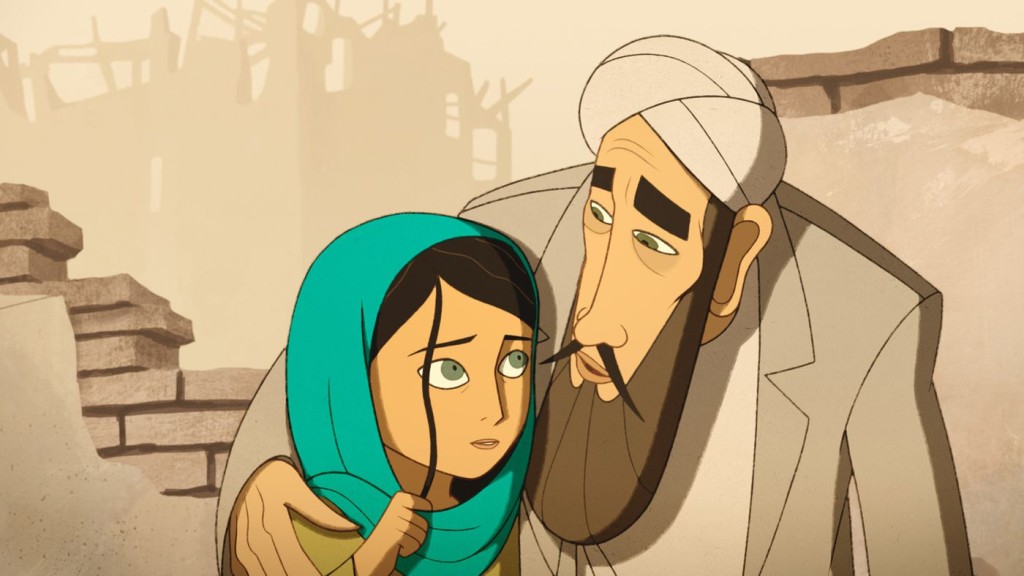 Cartoon Saloon make stories about the value of making stories. In the first solo feature from the Kilkenny animation studio, The Secret of Kells (2009), the stories are those of myth and faith ferried by the Book of Kells, diligently reproduced by illuminators under siege from Nordic barbarians. In Song of the Sea (2014), the narratives are personal, a coastal family working through the loss of a wife and mother, using musical notes as form of memory preservation. Saloon’s third feature, The Breadwinner, due for release this May, blends the private and the public, shifting out of the studio’s Celtic house style for a soberer tale of being young and female in modern Afghanistan, putting the studio’s faith in story-telling to the test. It’s their most consciously international production yet, with an exec producer role for Angelina Jolie, and is sure to bring new admirers to the studio’s work.

Directed by Saloon’s Nora Twomey, The Breadwinner is based on Deborah Ellis’ novel of the same name, also titled Parvana after its cross-dressing heroine, Ellis writing the screenplay with Anita Doron. Her book was cultivated from interviews with women and girls in Pakistani refugee camps, and has a compassionate activists’ enthusiasm for bearing witness and personal narratives, against the faceless, over-whelming forces of war, politics and fanaticism. The film opens with a clipped historical catchup of the territory’s mangled origins, delivered to the 11 year-old Parvana by her kind father, positioning their country as a centuries-old victim of external machinations, and flagging the rise of the Taliban in the 90s as the result of a weary desire for some sort of order.

In turn-of-the-century Kabul, Western jet engines boom overhead ominously. Parvana (voiced by Saara Chaudry) and her family live out a bare but emotionally rich existence. Her father, a former teacher who lost a leg in the last war, falls foul of the local Taliban, who insist that women cover up and cannot be seen in public without a male chaperone. A dispute with a jumpy young man with an edge on his shoulder gets Nurullah (Ali Badshah) dragged off to prison, leaving the family (Parvana’s mother, sister and infant brother) with little means to earn a living or negotiate the public spaces of the market.

Parvana cuts her hair short and dons the clothes of her dead brother and, alongside a friend who’s doing the same cross-dressing routine, takes on local odd jobs and tries to find a way to get her father released. The family are trapped; they put out a letter to a distant cousin for help, offering Parvana’s sister as a bride. And the rumbling in the sky is sounding awfully close. A meta-story about a brave boy taking on a demonic elephant gives the animators a chance to flex their storybook aesthetics, and provides dearly-neared solace in trying situations.

The vivid greens and blues of Kells and Song of the Sea are replaced with golden oranges and anonymous browns, in keeping with an ideological distaste for the decorative and frivolous, and a thematic emphasis on the secret worlds of the imagination. The Breadwinner is grimmer and more tense, with genuinely rattling bursts of off-screen violence. It’s less aesthetically rich than the soapy surf of Song of the Sea, but also more complex and disorientating, more in tune with the chaos of reality, moving in a less straightforward way. Conor Smyth

The Breadwinner will be released in UK/Ireland on 25th May.