One of the most unique and diverse festivals in Ireland, set in the beautiful off-coast sanctuary of Sherkin Island, Open Ear Festival holds its third annual outing from May 31-June 3, and times have just been announced. From avant-garde sound design and ambient music to experimental dance music and groovy electronics, it is a festival that champions the best of the best in the Irish undergrowth. As a festival of forward-thinking musical technologists, it’s nigh-on-peerless in Ireland right now.

This year, the Thursday includes an opening concert featuring Dream Cycles, electroacoustic artist Roger Doyle and organist & drone artist Aine O’Dwyer in a hidden location on the island, as the festival develops to gradually incorporate more of the island’s georgraphy & community. Performing the Sleep Concert is experimental improv outfit Nurse With Wound’s leader, Steven Stapleton – check out this small documentary about himself.

Then, from Friday-Sunday, June 1-3, the extensive proceedings include the following producers, performers, experimenters & cross-media artists:

The organisers have promised further secrets that won’t be unveiled until festivalgoers arrive, but until then, here are stage times: 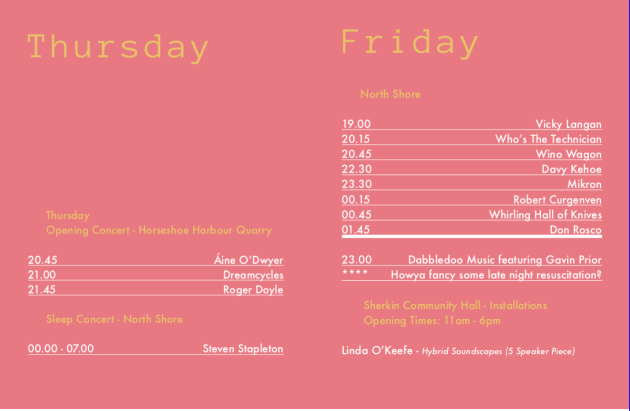 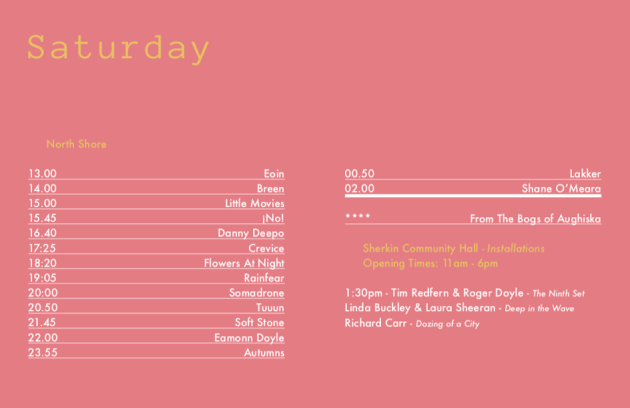 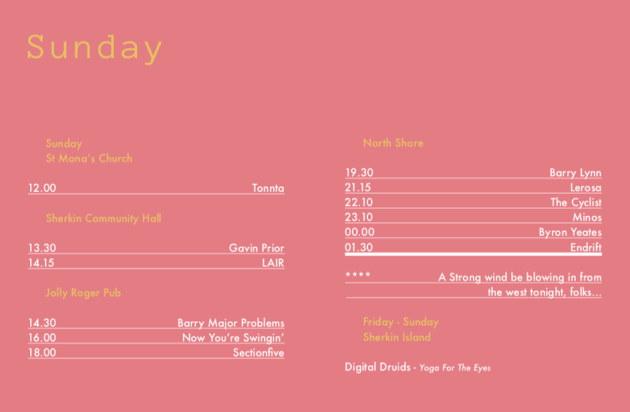 Tickets are available here, priced at €165 for the full weekend, €30 for the opening concert, or €990 for a 6-person group, with tent included.