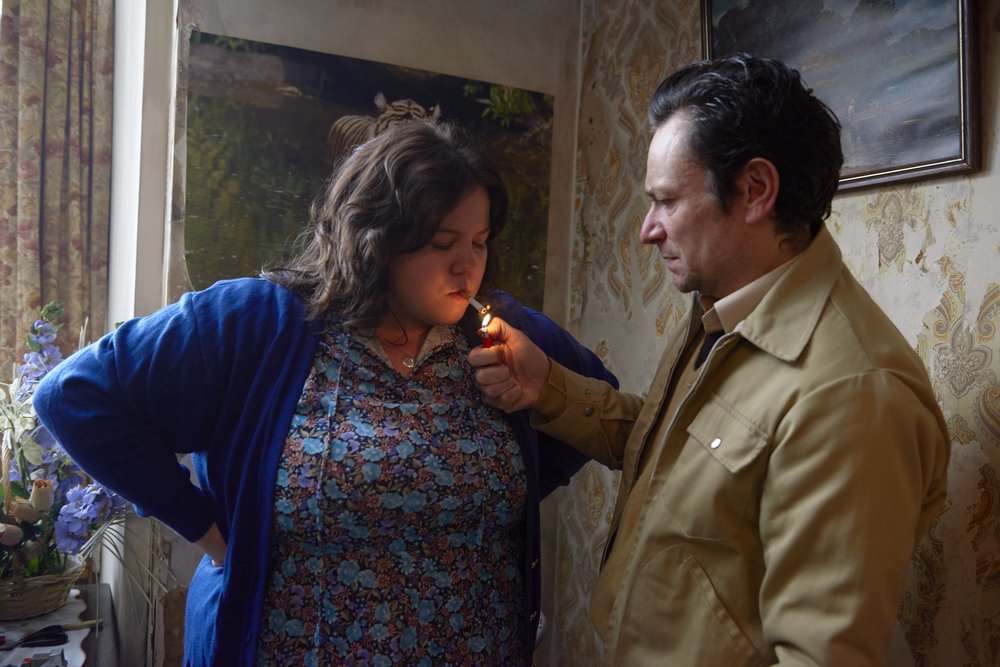 Writer/director Richard Billingham has said that Ray & Liz reflects his memories of his childhood, rather than the reality. After watching this blisteringly bleak film, I can’t tell if that’s cause for relief or great concern.

The film serves as an adaptation of ‘Ray’s a Laugh’, a collection of portraits featuring Billingham’s alcoholic father. In the present day, Ray lies in his high-rise tenement flat in Birmingham, drinking homebrew made by his friend Sid. Ray’s welfare does just enough to cover his addiction and since Sid picks up his dole, he scarcely needs to move – except to pour booze down his throat.

Shot in a 4:3 aspect ratio that feels just as confining as the flats themselves, Billingham maps every inch of this room. We meditate on the crusty wallpaper, the billowing curtains, the flies that converge on the walls. The only real movement is in the twitch of Ray’s mouth as he anticipates his next drink, or the gross pulsating of his Adam’s apple as he downs another measure. The stillness is striking. Many films have depicted the chaos of alcoholism, but few underline just how tedious it can be.

Though the film hints that Ray’s downwards spiral is linked to Thatcherite policies in the mid 80’s, we don’t go too far into his psyche. Instead the film’s flashbacks reveal his utter neglect of his children. It’s here that we meet his ex-wife Liz, played in flashbacks by Ella Smith and in the present by Deirdre Kelly. Both actresses nail the barely-simmering rage that makes Liz so terrifying. A scene in which she smacks her bumbling brother-in-law with a shoe quickly pivots from dark comedy to blood-curdling horror as she starts gouging him with the stiletto, her two year old son watching behind her.

Despite its title, Ray & Liz often focuses on the children who must navigate this deeply unsettling environment. Characterization is kept to a minimum, the film mostly a barrage of sights and sounds that capture the squalid home environment. Dirty dishes are piled in the sink while dog urine trickles over the mail. Meanwhile Ray and Liz spend most of their time lying in bed, nursing bitter hangovers. In the most telling shot of the film, one of the children walks through a cemetery, the high-rise flats looming in the background like giant gravestones.

Eschewing any kind of dramatic structure, the vignettes culminate with present day Ray alone in his flat, bathed in a hellish red light as he pines for his wife. He barely reflects on his absent children. Maybe he just misses his drinking buddy.

Ray & Liz was screened as part of the Virgin Media Dublin Film Festival and will be released at a later date.