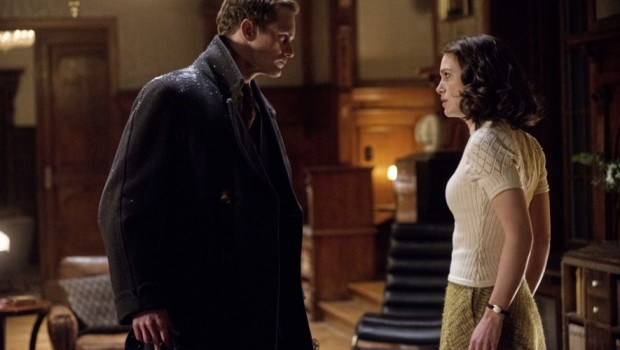 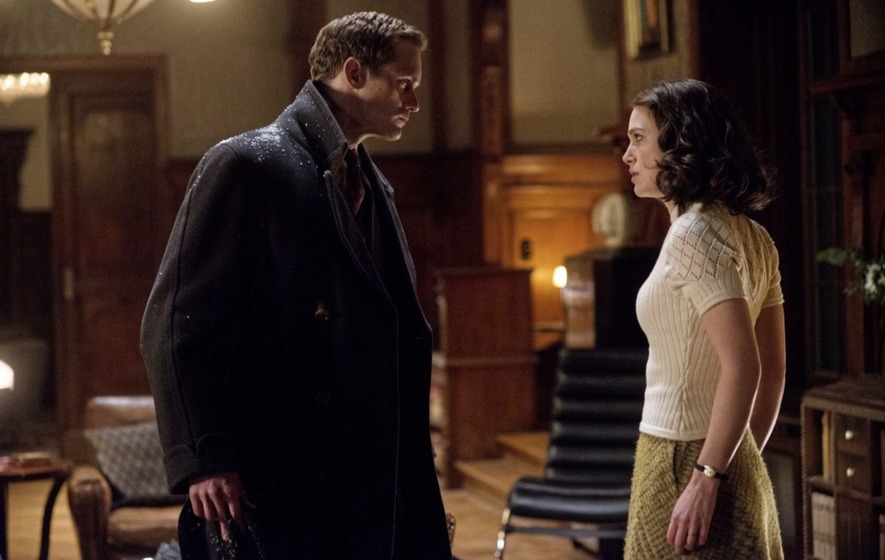 To imagine the level of destruction and ruthless vengeance that was wrought upon Germany in the later stages of WW2, as it was facing defeat, is a hard thing to do. But this is one thing that director James Kent (Testament Of Youth) achieves exceptionally well, with the help of Ridley Scott in the producer’s chair. And while the performances from the three leads are all impressive, in particular with Kiera Knightley and Alexander Skarsgård, The Aftermath comes across as a predictable, paper-thin adaptation of the Rhidian Brook novel of the same name.

The Aftermath tells the story of a young woman named Rachel Morgan (Knightley), who arrives in war-torn Hamburg to meet with her husband, Lewis, played by Jason Clarke, a colonel in the British army and in charge of the control and rebuilding of the city. But when Rachel finds out that they are going to be sharing an expropriated mansion with a recently widowed German owner (Skarsgård) and his troubled daughter, the home becomes the setting for a perfect storm of sexual tension, betrayal and revenge.

The opening scenes of a destroyed Hamburg really are quite remarkable and the director does a good job of representing the distrust, anger and frustration of both sides of the conflict. Clarke’s character has a sympathetic tone as he describes how the bombings of the main German cities were hugely disproportionate to what had gone on in Britain, to the point of coming across as revenge. This distrust and tension is also represented relatively well by Knightley, as she had lost someone close during German bombing raids, creating, in the earlier stages, an uptight and tense atmosphere between her and Skarsgård.

But the film then goes into a subplot, involving the Hitler youth, who were still active in the aftermath of the surrender and known to be particularly extreme and indoctrinated. From this point onwards, it all starts to go off the rails and a cut-and-dry, contrived feel comes over the film, as the daughter gets involved with a member who is determined to get revenge on the occupiers. This eventually ties in with the main story but felt like it was tacked on to beef up the progressively rushed and predictable premise and was implausibly executed in its penultimate scene.

This slap-dash and stagey  (a love of piano brings them together)  approach drifts into the relationship between Knightley and Skarsgård but the two actors do have a great on-screen chemistry, making it watchable as the love triangle story unfolds. Clarke’s performance as the colonel is impeccable and the character is an interesting one — possibly underused — as he’s clearly conflicted on how the Germans are being treated by his peers and commanders. He’s also suffering from underlying PTSD from frontline battle, which comes out in sporadic, violent outbursts and his aloofness to past trauma concerning the couple. This is a key factor in causing the drift in the relationship between him and Knightley, but his character is disappointingly consigned to a more minor role in the story.

If it wasn’t for the solid cast, great acting and astounding production work in recreating a destroyed Hamburg, The Aftermath would have been totally forgettable. The interesting story has many working parts but is pieced together in a lacklustre manner and is, in general, predictable, and no amount of stylisation or production can make up for that. For fans of the book, I’d suggest giving this a wide berth. Kev Lovski

The Aftermath is out on wide release.