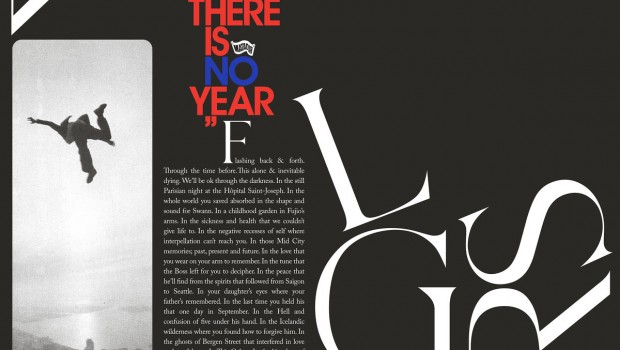 Algiers – There Is No Year 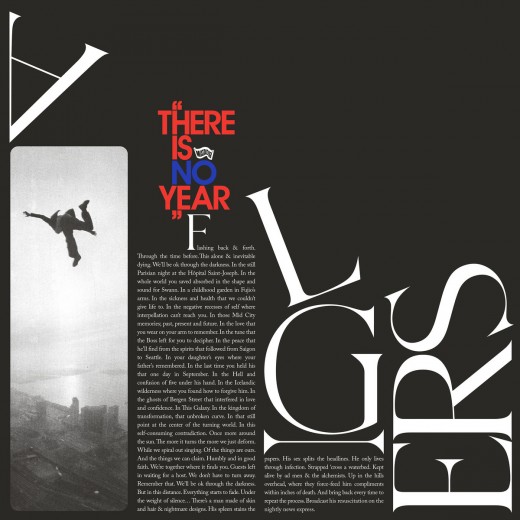 One thing that you can’t fault Algiers on is the fact that they know how to start all guns blazing. The title track and album opener for their latest LP, There Is No Year, grabs you by the lobes in the first few seconds and does not let go. It’s pulsating and bumping and filled will an anxious, impassioned cry over a world that is too far gone to save. Franklin James Fisher’s vocals oscillate between a soulful croon and desperate warble over a rip-roaring death march. Your blood begins bumping, things begin to coalesce and the feeling that your about to become engulfed in a sonic wave envelops you. But very quickly the wave breaks, the feeling dissipates and you’re left with all this tension after a lacklustre release. These first few seconds of this new album, the band’s first in three years, are indicative of the rest of what’s to come: a peak of intrigue that gives way to a lot less.

Algiers is a four-piece band from Atlanta, Georgia. They burst on the scene back in 2015 with their genre-defying self-titled debut and followed it up with 2017’s acclaimed The Underside of Power. Their sound adopts a kaleidoscopic approach, fusing post-punk, gospel, industrial rock, and soul in this big postmodern gumbo. The influences are expansive but apparent: TV on the Radio, Nine Inch Nails, Nina Simone, the vocal stylings of Michael Jackson and many more. They’re all blended with the spectre of the Southern Gothic identity and the gloom that comes with it to create this “desolation soul” genre. Picture some grizzled Man with No Name type walking across an arid wasteland looking for spectres of life and you have a pretty tidy idea of what this album is aiming for. It’s bleak and foreboding and while there may be some strength from our ostensive protagonist, the world they inhabit is dead. The songs have is genetic morbidity as they can’t shake off the fact that what surrounds them is decaying before their eyes.

On this front, the LP can’t be faulted. This is a hopeless place with no hint of a silver lining anywhere in sight. The first few words on this album very plainly set out this mission statement: Now it’s two minutes to midnight, and they’re building houses of cards. All that remains to do in a world that’s too far gone is to rearrange deck chairs in nihilistic dance. In the context of post-punk, to which this album owes a great debt, it is phenomenal, as so much of that genre is about creating and harnessing that deep, unshakable sense of despair. But the more time you spend with these songs and with that figure in the wasteland, the more you notice an almost antiseptic sensibility that exists in this record. While clear attempts to make the album sound harsh, dirty and raw are present, there always seems to be a sheen on everything which removes the grit from the fingernails. When so long was spent trying to cultivate this atmosphere of doom, gloom, and anguish, all the sharp edges were removed. You find yourself asking, ‘What’s the point’? Take a song like ‘Void’, which closes out the album. It owes a shocking amount to ‘March of the Pigs’ but achieves very little of its magic. Why? Because everything is so isolated and cold and somehow tidy, all tones that it very clearly did not want to strike.

Every track here comes to close to hitting something really special but they never do. They approach greatness, at times, hit 80-90% of their target, but they consistently fall short. At first, that is very charming. A bunch of scrappy underdogs trying their hardest and kicking against the pricks with everything they’ve got and making a record that has a singular vision and vibe. But after eight or so tracks, the steady near-hit rate becomes frustrating. An underdog story only works because we believe that our plucky heroes might be able to triumph and when it becomes apparent that they won’t, hearing them try and fail again and again becomes tedious. Undelivered promises are one hell of a millstone and when the underdog veneer wipes away, you’re left with a bunch of cuts that could almost be your favourite but never will be. You may be able to derive joy from some, with a sense of what could have been, but more likely you’ll find yourself asking what the point was. Like a parent who is not mad, just disappointed, you’ll ask: Why couldn’t they make this a little shorter? This one a little louder? Why didn’t you mess with the chord progression more there? All you have to cling onto are of “why couldn’t yous”. This inability to perfectly hit the mark does tie back into the initial idea of the album, its lack of direction, and the gravity that belies our future. There is no year after all. But in this arid wasteland, we’re dying of thirst and we need something to slake our thirst and not leave us a few drops short.

The songs are good, that can’t be denied. The performances from all involved, particularly Fischer, are sublime. But from what’s here, and how well they’ve done in certain parts of this record, relatively well-assembled isn’t enough. Will Murphy

Tags: album review, Algiers, there is no year