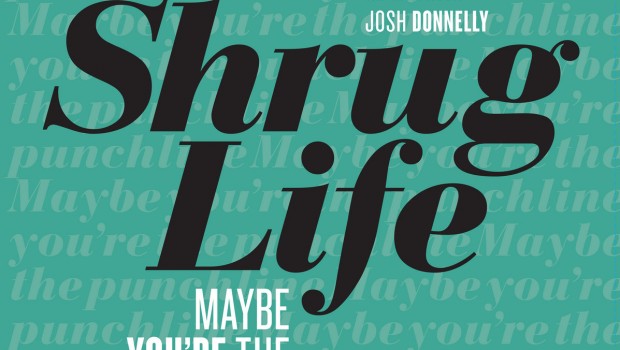 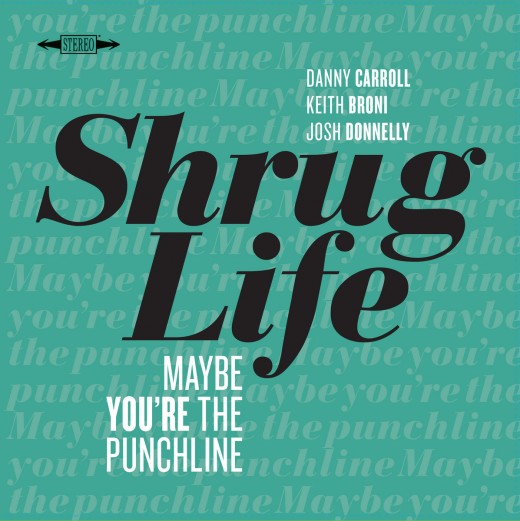 It’s strange how an unprecedented large scale pandemic can lend some records a greater level of significance. Obviously when Shrug Life were recording their second album, Maybe You’re The Punchline, they could not have foreseen that the entire global economy would have stopped and we’d all be trapped in our houses facing existential threats in the form of an invisible killer. We’ve left with an ever increasing uncertainty about what the hell happens next. Society is essentially being rebooted and there’s no telling what shape things might come back in. Then there are Danny Carroll’s words, these twitchy anxiety riddled tomes which perfectly encapsulate the crippling dread of contemporary “youth” living. While the words have always been something very special, now that basic questions about what form the world is going to take is up for grabs, these words now have a different message: this is where we were before we lived through history. These were the worries, the abject fears, and the inescapability of living in a proto-dystopia crystallised forever in a catchy package. And by god it is catchy.

The band has been throwing out impossibly good hooks since their first EP half a decade ago. ‘Freebird II’, ‘Your Body’, ‘First World Problems’, ‘Long Ball Game’, ‘Funderland’, the list goes on and on. Fundamentally, these pieces have been based around taking the better parts of the mid 2000s indie scene and shoving as much Thin Lizzy and David Byrne into them as they can. Frenetic guitar work, tight rhythms and fidgety vocals neatly packed into a deeply compelling box. While they’ve not reinvented themselves massively for this release, there is one key change that’s made a world of difference: an unhealthy dose of menace in everything. This is not a bright and flashy record, this is a much more claustrophobic and foreboding listen. The mix is more direct and grungier, the voices are more distant and smothered, and nothing has the space to breathe. This sensibility is expertly captured by its producer, Girl Band’s Daniel Fox, who does a great job at getting the band to sound like the most ominous version of themselves. The rhythms are still tight but now they’re more uneasy, like Tom Tom Club with a creeping hint of Jah Wobble. The instrumentation on tracks like ‘Captain Scarlet’ and ‘November’ is woozy and constantly teetering on the brink of collapsing in on itself like a drunken heap.

Meanwhile, tracks like ‘2009’ and ‘November’ have choruses that feel like they’re slowly closing in. It’s a real delight. The album also leans a lot harder into the classic rock and blues side of things. The shadows of Scott Gorman and Eric Bell loom large over ‘Sour Opinions’ and album highlight ‘Last Gasp of Summer’ in the best way possible. Overall, Maybe Your The Punchline is a good follow up to their debut. It continues the conversation they began several years ago, adds to it and helps move it in a different way. It lacks a real showstopper like ‘Your Body’ provided on their debut, but it has more than enough fuel in the tank to keep things nervously moving.

If we are living in a sea change moment, what a wonderful document this album is to showcase how unsatisfying things were before: with all the petty shit that choked joy from our days and left us desperately clinging to any dopamine we can get. If we are not, then let it remind us how bad things were and how we didn’t force a change when we still could. Perhaps it can remind us to be better. But as with everything associated with this LP, uncertainty is king. We won’t know until we cross that threshold and see what the other side looks like. All we can do is wait and hope that there’ll be no punchline.  Will Murphy