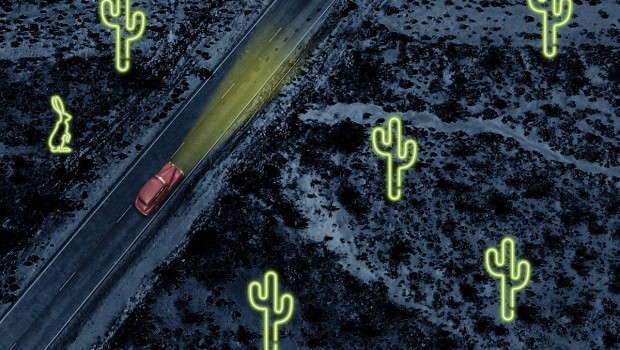 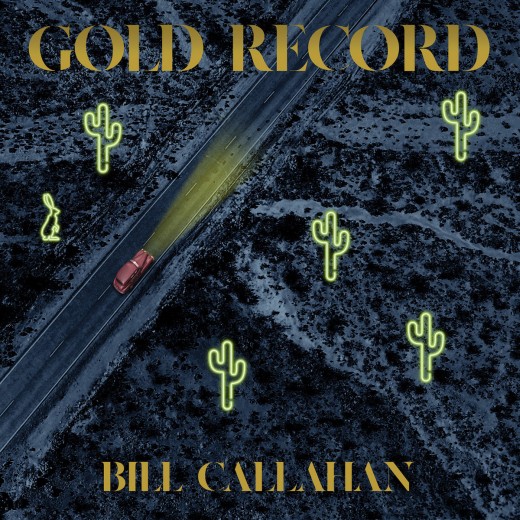 Despite having an impressively prolific career behind him, after the long gap between Bill Callahan’s last two albums – 2013’s Dream River and 2019’s Shepherd in a Sheepskin Vest – you’d be forgiven for not expecting a follow up any time soon. But the fact that the latter record was a 20-track double album should have been an ample warning that after taking some time away to get married and have a child, the songwriting floodgates had well and truly reopened. And so we find that, just a year on, we have Gold Record in our midst – his seventeenth album, when including his catalogue under former stage name Smog – recorded in just a week as a personal challenge while rehearsing for last year’s world tour.

Sonically, Gold Record follows a similar mould to Shepherd – a minimal collection anchored around Callahan’s nylon-stringed acoustic guitar and an ever-deeper baritone vocal with light touches from touring band members Matt Kinsey and Jamie Zurveza. Unlike the light and shade of his older work, recent albums find Callahan sounding content and deeply immersed in his Texan surroundings. As such, these records tend to lack the vitality of the stronger work behind him, but they remain warm, relaxing and comforting nonetheless.

Lyrically though, Callahan still has plenty to say. Shepherd was something of a diversion from his usual MO, an unusually personal record from the ordinarily narrative songwriter that saw him meditate on newfound family life, often in uncharacteristically short two-minute bursts. Gold Record is a return to more fleshed out, fully formed writing that marries the same personal themes to a re-emerging narrative structure. Opener ‘Pigeons’ continues a long line of tracks in which Callahan assigns himself a fictional job – previously he’s been a cattle drover, horse breaker, prison guard, boat painter. This time he’s a limo driver, offering his sage advice on married life to the newlywed couple in the back seat, all while beginning and ending the track with playful references to Johnny Cash and Leonard Cohen, two of his recent work’s most obvious influences (Ry Cooder meanwhile gets a whole song dedicated to him further down the tracklisting).

‘The Mackenzies’ tells a wholesome tale of getting to know friendly suburban neighbours for the first time, with Bill finding himself invited  into their home like one of the family. It’s a far cry from the sardonic misanthropy present in much of his early work, not least 1996’s despondent breakup album The Doctor Came at Dawn, but flashes of the old Bill emerge on one particularly relatable verse – “See, I’m the type of guy/Who sees a neighbour outside/And stays inside and hides/I’ll run that errand another time”. While it’s often difficult to tell where the real Callahan ends and his characters begin, ‘Breakfast’ takes a different tack by instead putting himself the shoes of a more dysfunctional couple, where habit has become a much stronger glue than actual love.

‘Protest Song’ on the other hand, an older song that missed the cut for the last couple of records, is what Callahan describes as a “revenge fantasy” – a mischievous swipe at the less authentic musicians selected to appear on late night talk shows, as he threatens “Step aside son/You’re gonna get hurt” in a film noir accent over a playfully sinister guitar line that make it an easy highlight on the album.

The biggest surprise of Gold Record though is the decision to revisit ‘Let’s Move to the Country’, the opening track to 1999’s Knock Knock, arguably Callahan’s best album.  The track was a staple of last year’s setlists, but re-recording old songs is something Callahan hasn’t really bothered with since 2000’s Neath the Puke Tree EP. It works though. As one of the most minimal tracks on Knock Knock, folky acoustic guitar flourishes flesh it out a little more here, while an extra 20 years of maturity, and a settled domestic stability give the lyrics a newfound sincerity where the original had only vague fantasy. Callahan’s narrator is now able to finish the lines “Let’s start a family/Let’s have a baby” where his younger self found himself trailing off. Surprisingly enough, it feels perfectly at home on this record, and it’s difficult to imagine a newcomer having any reason to suspect this track was written two decades before the rest of the album.

A more fleshed out and satisfying album than his previous outing, Gold Record is still less an album of songs than it is an album of short stories played on guitar. It can be easy to hanker after the musical vitality of past Bill, but now he’s settled gracefully into a happy and relaxed middle age. His skill with words means that new any new work from him is still well worth casting an ear to. Cathal McBride