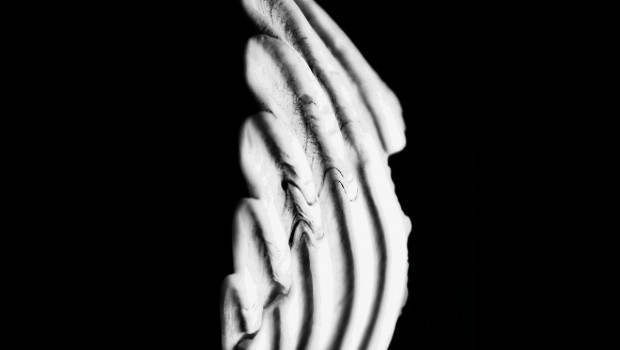 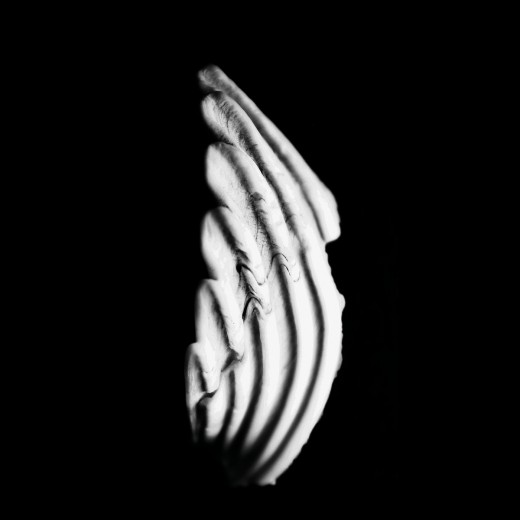 Nairobi-born, Berlin-based KMRU’s Logue is a collection of ambient snapshots, compiling previously self-released individual pieces that chart his journey to date, and his rising prominence in the world of experimental electronic music. Where his three albums released in 2020,Peel, Jar and Opaquer, were cohesive, flowing works, the stitches in Logue are cut loose due to its loosely assembled nature. Nonetheless, it is an album of shining moments, thrilling ambience and transportive field recordings.

Following the legacy of his famed Kikuyu Benga musician grandfather, music is in KMRU’s blood. The 24-year-old artist, however, opts for a less traditional route. Teaching himself FL Studio while in secondary school, KMRU broke onto the electronic scene back in 2017, and has gone on to be featured on labels such as Editions Mego, Seil Records and even deadmau5’s Mau5trap. His Bandcamp is packed with altered field recordings and glimmering ambient sounds, showcasing his skill for blending everyday noise with electronic music. Slotting himself into this musical world, his unique sound combines delicate electronic pulses and natural rhythms captured from his surroundings. He unearths a sound where the two worlds, electronic and organic combine.

Throughout Logue, intense, highly charged tracks give way to calmer, meditative ones. An ambient flow connects each cut, but moving back and forth between them without a sense of flow risks becoming tiring. Opener ‘Argon’ is a staggering welcome as cinematic synths, a heart-beating bass and the sound of shifting sand emphasise a sense of transcendence. The drifting electronics feel emotionally charged, as the carefully paced melodies create a space-scape soundtrack.

The opening chords of ‘Jinja Encounters’ are peaceful and comforting, directly contrasting with the near overwhelming expansiveness of ‘Argon’. It almost feels like waking up from a dream and being taken back to the real world. Field recordings of flowing water, birdsong, and metal blend with KMRU’s sounds, complimenting one another. Moving from one to the other doesn’t necessarily conflict, but jumping from sounds of a day-to-day life to something boundless and cosmic can feel jarring. With no definitive crescendo between the highly charged and lighter tracks, Logue falters in its journey from start to finish.

KMRU often succeeds in striking a balance between the natural and the electronic, but when he leans more towards the patterns and pulses of an unnatural world, casting the previous field recordings aside, nature is shut out and meditation becomes concentration. Where the first half thrives in how its electronic and organic sounds complement one another, the second half fails to deliver the same heightened sensations of two worlds merging. The scales are tipped in favour of the atmospheric, but fail to achieve the captivating sense of expansiveness.

Logue provides a valuable overview for KMRU’s career thus far, and is a worthwhile collection when placed against his beautifully paced albums. Taken on its own however, Logue feels disjointed, and the artist’s clear talent for alchemising the electronic and organic disintegrates. Sophia McDonald