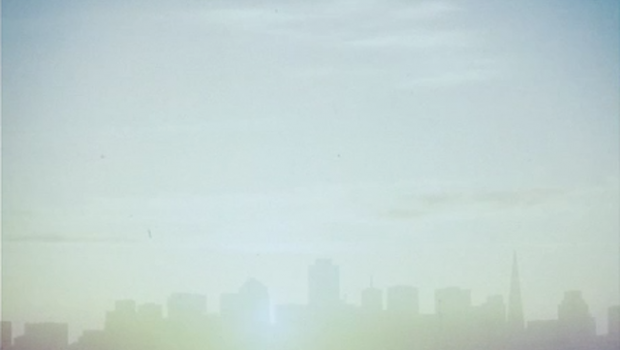 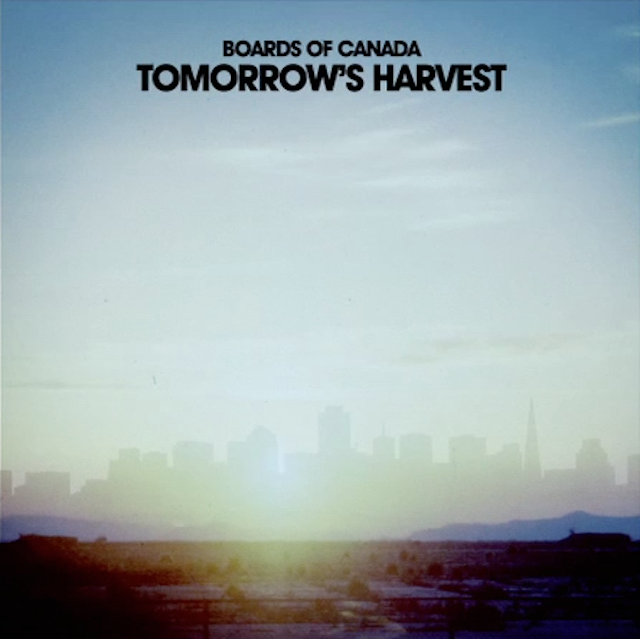 When you do something that is almost undefinable, how do you satisfy an intense demand for it? This is the situation Boards of Canada face on their new album, and it’s a testament to the cohesive creative vision the band have displayed over their career that they not only manage to meet the expectations, but in some cases exceed them. But for those who’ve been waiting for Tomorrow’s Harvest, there’s going to be a few surprises in store.

Regardless of how you came to the band – long-term fan, or just swept up in the hype – Tomorrow’s Harvest instantly manages to grab attention. Like Campfire Headphase, there’s a directness immediately apparent that forgoes the hazy mystery of the earlier records in favour of something clean and clear, the fanfare of ‘Gemini’ still having enough of the wobbliness of before, but taking it to somewhere new. Before the track is over, a series of sinister synth arpeggios have come to dominate the sound, calling to mind the soundtrack to John Carpenter’s classic dystopian film, Escape From New York. This is a sound we’ve not heard from BoC before, but they manage to seamlessly integrate it into their aesthetic; this darker and more propulsive sound reappearing all over the record, fitting seamlessly with the washed out atmospherics that remain the band’s signature sound.

And from there, we’re in – the familiar disjointed hip-hop beats and analogue synth textures swirling round us like fog rolling in off the bay. Tracks like ‘Reach for the Dead’ and ‘Transmisiones Ferox’ don’t deal in melody as such, but instead create warm drones that encircle angular noises. Whereas Geogaddi could sometimes feel too abstract, and Campfire Headphase could occasionally lapse into an almost bland wooliness, Tomorrow’s Harvest manages to stake out some kind of middle ground that balances all the band’s strengths, allowing them to push their sound in a new direction. Indeed, a track like ‘Jacquard Causeway’ almost sounds like a broken version of something from Geogaddi, but hammered into a different, more alluring shape.

However, the second half of the album is where the real surprises lurk. ‘Sick Times’ has the lushness of before, but feels different, more difficult somehow. ‘Palace Posy’ is jittery, loud, almost brash, a stomping bass tone creating an entirely different ambience to anything the band have dealt in before. ‘Split Your Infinities’ possesses an epic grandeur that, whilst always hinted at in tracks like ‘Dayvan Cowboy’, is pushed right to the forefront, conjuring images of some kind of glittering electronic cityscape. And then ‘New Seeds’ has a vibrating synth hook that almost approaches funky, whilst some magisterial washes coat everything from the side-lines.

The closest comparison is to Daft Punk’s retro-futuristic work on the Tron: Legacy soundtrack, the lush synths and orchestral sweeps providing a dynamic counterpoint to the creeping menace and disjointed paranoia of Tomorrow’s Harvest.  But whereas Tron: Legacy lost something in the translation from screen to album, Boards of Canada manage to pull off that age old trick of essentially making a soundtrack for an imaginary film, where the music does all the talking.

It’s not revolutionary stuff, and one has to wonder what they’ve been up to for all this time, (some of those wheezing analogue synths sound very familiar…) but by making an album that plays to their strengths as well as exploring new dynamics Boards of Canada have created another worthy chapter in their story, and a record that will endure for a long time; essentially reminding us all why we were so drawn to them in the first place. They may no longer be setting the benchmark for what electronic music is capable of, and here, for the first time, they’ve created a ‘Boards of Canada-esque’ record- but that’s no bad place to be. Steven Rainey 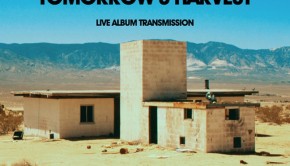 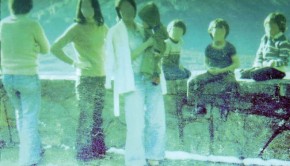 Classic Album: Boards of Canada – Music Has The Right To Children →