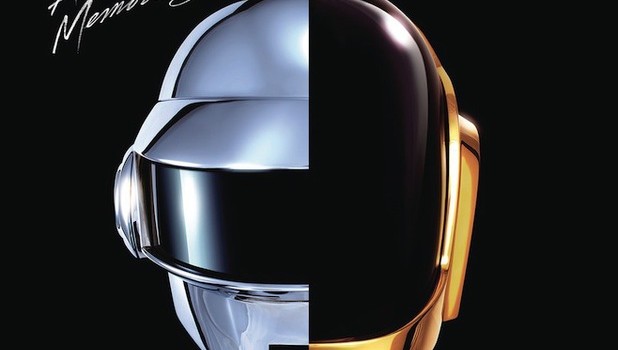 Unlikely though it sounds, it is actually possible to simultaneously love and loathe something. A catalogue of things that The Thin Air has at once both liked and disliked might include: the effects of alcohol; Wayne Rooney; various members of our social circle; and most of all the taste of olives (delicious, salty, greasy, disgusting olives). To this non-exclusive list we might now add Random Access Memories, which is partly ludicrously enjoyable – and partly just plain ludicrous.

Where to begin with this sprawling ginormo-album? Perhaps with joyous single ‘Get Lucky’. It hardly needs saying at this point that it’s brilliant, and the record’s most memorable moment. Anyone expecting a full album of equally catchy nu-disco hits is barking up the wrong bush (although maddeningly infectious opener ‘Give Life Back To Music’ and the almost-as-good ‘Lose Yourself To Dance’ are cut from the same cloth), but having said that there’s still plenty to savour. The mid-paced ‘Doin’ It Right’, featuring Panda Bear doing his thing over crisp beats and computerised backing vocals, is a gem. ‘The Game Of Love’ and ‘Within’ are lovely moments of introspection, both featuring de-humanised vocals voicing existential angst over languid melodies. ‘Contact’ is a relentless, pounding beast that will surely slay audiences when played live. Never mind disco, what Daft Punk have crafted here is an album of startling, uninhibited prog-pop that defies easy categorisation. For that, you have to say, hats off.

But ultimately the French duo’s ambition is both their making and their undoing. Never mind the kitchen sink, they’ve thrown the entire bottom storey of the house at this one, and the album’s ungainly spread is a problem. ‘Giorgio By Moroder’ is a perfect example. It’s mostly great: the titular production don reminiscing conversationally over a slinky disco-funk/synth-pop track. But it goes on and on, long outstaying its welcome. A completely superfluous guitar solo finally pushes the song past nine minutes. And that seems positively staid beside the eye-poppingly mental ‘Touch’, which manages over the course of eight-and-a-half bewildering minutes to incorporate a sci-fi synth intro; Paul Williams’s odd, declamatory vocals; a seventies AOR section complete with stomping horns and strings; a truly over-the-top children’s choir; and a final piano ballad outro. It’s excessive to a bizarre degree, ‘A Day In The Life’ gone wrong.

Two additional gripes with Random Access Memories: firstly, the lyrics are uniformly horrendous. Secondly, if you suspect the constant use of vocoders might begin to grate with you over the course of 75 minutes, stay well clear.

All of which is a shame because, with just a modicum of restraint, this could have been a classic. As it is, it’s an utterly unwieldy, exhausting, occasionally glorious listen. Something you might just simultaneously love and loathe, in other words. Pass the olives, will you? Neill Dougan

Summary: Check Out: Get Lucky , Lose Yourself To Dance, Doin' It Right 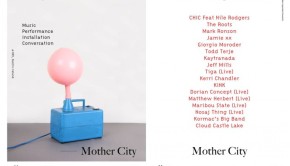 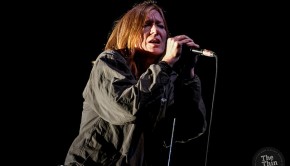