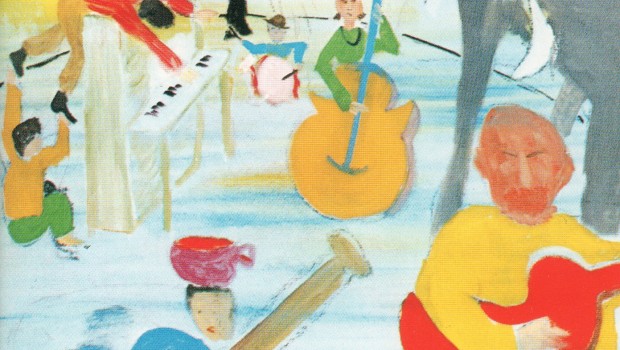 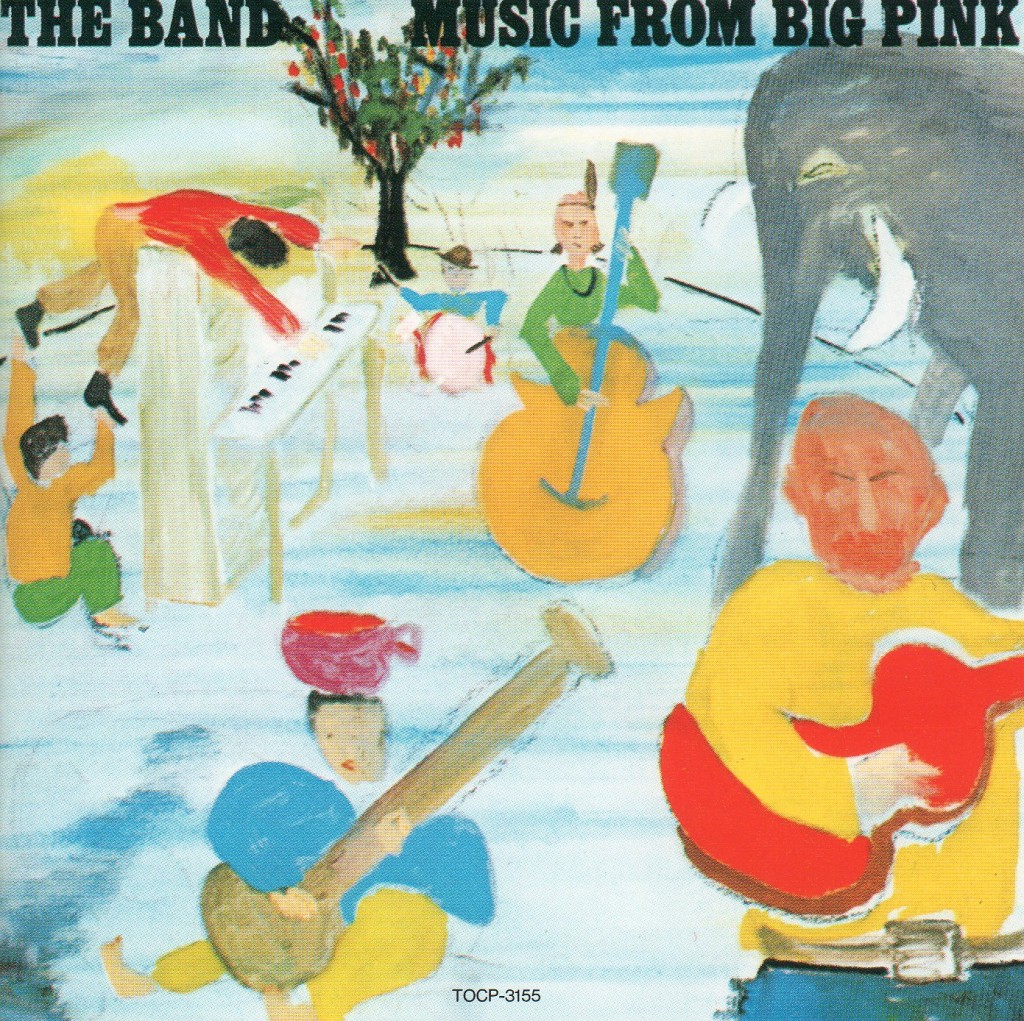 You go outside. The sun is warm on your face, and you smile at the sounds of nature that surround you – the singing of the birds, the wind through the trees, the rushing of the river. You sit down upon the warm grass, and you consider that God is good. You chop some firewood. You do some whittling. Then you go and plug in your electric guitar, turn to Bob Dylan and say, “Let’s cut it.”

Without a doubt, there was something very strange going on in the rustic backwater of Woodstock in upstate New York.

To this day, the biggest stumbling block on approaching the career of The Band is the Bob Dylan association. Yes, he was instrumental in shaping their approach to songwriting, and for introducing them to the world at large. Yes, he provided them with a cachet of cool that did them well, even in those fallow middle years of their career. And yes, he brought a simple bar band kicking a screaming up to his level.

But The Band were never… ever… “Bob Dylan’s backing band.”

This myth persists, and it’s no coincidence that a vast majority of listeners who sit down to absorb their 1968 debut, Music From Big Pink, will have done so because they wanted to hear more from the guys who helped Dylan go electric. Hell, the record even comes adorned in a crudely evocative Dylan painted sleeve. No matter what way you look at it, Dylan inhabits every corner of this record like a ghost in a haunted house.

But that’s precisely the thing – like a ghost haunting a house, he’s not actually present. Music From Big Pink is an incredible record, but it stands as an incredible record solely due to the work of the five men who came to call themselves The Band. And after listening to it, you’re left in no doubt that these guys were damn right in describing themselves as THE Band.

After holing up in sleepy, rural Woodstock, Robbie Robertson, Garth Hudson, Rick Danko and Richard Manuel found the time to take stock after their experience touring the world with Bob Dylan, defying the howls and screams from critics and audiences, and helping to drag folk music into the electric age. But it had been a painful birth, and a period of recuperation was needed. This is exactly what Woodstock provided, and amidst the trees and mountains, the men explored this rural idyll, far from the shimmering psychedelic glimmer of the West coast music scene that was beginning to dominate the world.

Working with fellow Woodstock resident Bob Dylan, they began to record music in the basement of their shared residence, Big Pink, playing simple nonsense songs, stories and jokes, old folk melodies and original compositions. Eventually joined by estranged drummer and singer Levon Helm, the pieces fell into place, with the nucleus of an incredibly creative collective having been formed. By writing and recording music for no one but themselves, The Band had sowed the seeds of a musical revolution.

Whilst Dylan faded back into his own trip, The Band continued working on their own material, Robertson, Manuel and Danko having grown in confidence as songwriters to put their own individualist stamp on their material. In the middle of nowhere, these Canadian outsiders (plus the authentic American voice of Helm) began to explore the history and fabric of this great nation, delving deep into the past, seeing it as a reflection of the times they were living in.

Relocating to studios in LA and New York, The Band crafted a record that was both OF its time, and defiantly outside it. Released in July 1968, Music From Big Pink had profound reverberations around the world, challenging the way people think, the way they engage with their surroundings, and the way they want to live their lives.

Bassist Rick Danko had written ‘This Wheel’s on Fire’ in collaboration with Dylan, and the song has one of those compellingly enigmatic narratives that Dylan had come to make his own. Pianist Richard Manuel brought heart-breaking ballads like ‘Lonesome Suzie’ and ‘In a Station’, full of beautifully evocative imagery and turns of phrase, all delivered in his yearning voice.  And then Dylan provided a touch of his mercurial magic, offering up showstoppers like ‘I Shall Be Released’ and his co-write with Manuel, ‘Tears of Rage’. These were enigmatic and beguiling songs, unlike anything the Bard had been known for, and offered tantalising glimpses of what he’d been up to in his retreat from the public eye following his motorbike accident in 1966.

But the real strength of Music From Big Pink lay in the incredible writing voice of guitarist Robbie Robertson. Tapping into a deep wellspring of inspiration that came to be called ‘Americana’, Robertson used the entire history of the country as a canvas, and used his bandmates at the tools with which he would paint. Robertson was no vocalist himself, his weedy, thin voice popping up in parts of ‘To Kingdom Come’, but he was able to use the incredible voices of Helm, Danko, and Manuel to tell his stories, to use their distinctive sounds to create characters, narratives, and a living, breathing sense of the land from which they sprang.

On the four songs he contributes to their debut, Robertson creates a unique blend of voices that would become The Band’s signature sound; the ‘happy-go-lucky’ amble of Danko, the searing heartbreak of Maunel, and the earthy sincerity of Helm. Inhabiting his characters, their voices overlapped and intertwined, finishing each other’s sentences, and bringing the songs to life.

In ‘The Weight’, Robertson essentially created a new form of expression for American songwriters. A narrative full of mystery and symbolism, it was a song that chronicled a  journey deep into the heart of the American unconsciousness, a cathartic exorcism of the past that may or may not have distinct and profound Holy resonance. This is The Band in microcosm, and it still resonates to this very day, made all the more poignant by the deaths of the three men who sang it.

Ultimately, Music From Big Pink offered a sense of freedom to musicians at a time when the overwhelming drive was to go as far out into the psychedelic stratosphere as possible. Whilst much of the music of the psychedelic era sounds impossibly dated, Music From Big Pink still has a freshness and timelessness that age seems unable to diminish. They went on to craft more incredible music (the follow up, The Band, is arguably even better), but their debut still stands tall as a monument to unbridled creative freedom. By doing it for themselves, The Band made something for all of us, and this lesson is as relevant now as it was 40 years ago. As they sang on the Richard Manuel penned ‘We Can Talk’, “One voice for all, echoing across the hall.” That voice is likely to echo down to corridors of history for as long as people still make music, and we’re all the better for it. Steven Rainey

Tags: classic album, music from the big pink, the band