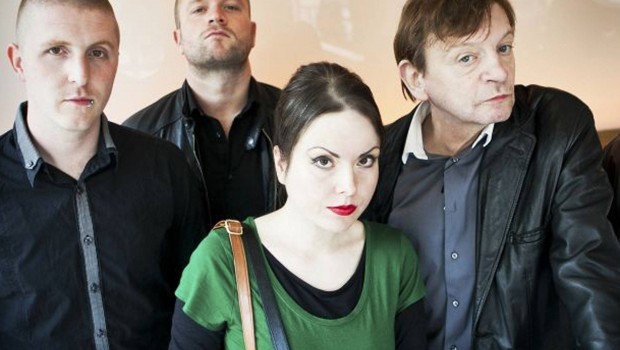 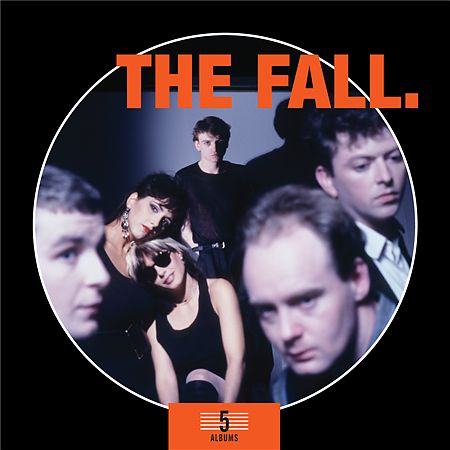 A story less visited than the personnel changes of The Fall is that of the myriad labels they have called home over the years. Despite Mark E Smith’s aversion to nostalgia, many fans would no doubt look back at the 5 years they spent in the care of Beggars Banquet with fond regard. Coinciding with (Smith’s first wife) Brix’s tenure in the group, 1984-89 marked (amongst other things) their unlikely flirtation with mainstream success – with a few proper singles actually making the actual proper charts. This 5 CD box set is perhaps optimum illustration of why that success was never fully realised and equally explains their continued existence and alternate success.

Beggars Banquet have recently released Omnibus Editions of both The Wonderful and Frightening World of The Fall (originally from 1984) and This Nation’s Saving Grace (1985) and promise the same treatment for Bend Sinister (1986). Those three albums saw the group go from strength and position themselves at the upper echelons of UK indie scene, second only perhaps to fellow Mancunians The Smiths. This box picks up the story after Bend Sinister and neatly mops up the remainder of their output for the label – three more actual albums plus some extras on the other two discs. The result is awkwardly positioned between those Omnibus releases and the current Beggars Banquet “5 Albums” reissue programme offering back catalogue of their alumni in cute and succinct boxes.

The remaining three albums in question The Frenz Experiment (1988), I Am Kurious Oranj (also 1988) and Seminal Live (1989) are presumably viewed by Beggars as not worthy of as much attention as the earlier efforts. While The Fall are no doubt still regarded with affection by the veteran independent label, these albums perhaps represent promise unfulfilled. Commercial triumph may not have been attained, but artistically there are riches deserving much heed.

The Frenz Experiment is all about rhythm, hinging on muscular bass riffs and powerful beats. On top, very little is added. Sparse guitars and subtle synths fall into line adding complimentary lines or, more often than not mimicking the bass. This adds up to a tough sound but at the same time it’s carefully melodic. Often Krautrock repetitive, the songs tend to be structured open-endedly allowing MES to get his message across in his own sweet time (if there even is a message. ‘Get a Hotel’? Eat in dodgy restaurants?) Mark may have less to say than normal, and the more polished production may be viewed as loss of edginess from their earlier work, but this line-up was at the peak of their abilities and had honed their art to it’s zenith.

A mere six months later and any idea of The Fall hitting pop charts seem to dissolve into the past. Musically, I Am Kurious Oranj is not a large scale shift toward the avant-garde (unsurprisingly, it’s similar to Frenz and even better) however, the fact that it’s the soundtrack to a contemporary dance/ballet based on the ascent to the English throne by William III of Orange efficiently sees off any thoughts of commercial success. Michael Clark & Company danced (with their arses hanging out of their clothes for some reason) while The Fall played their gritty racket live. The mixed (high-brow dance/Fall fan) audiences collectively “WTFed” about the bit they didn’t understand. The collaboration though, led to flashes of inspiration in the music spurred on by a creative working atmosphere and the opportunity to re-contextualise their work and challenge/provoke audiences. The album is an unlikely but outright success containing reworkings of both William Blake’s hymn ‘Jerusalem’ and the Fall’s own ‘Hip Priest’ as opener ‘New Big Prinz’.

It’s probably fair to say that by this stage, Beggars Banquet had had enough. It seemed that with every potential hit single they managed to coax out of The Fall (more of which coming) they would be faced with the task of promoting an album of unrelated and progressively less commercial magnificence. The feeling was no doubt mutual and the final album proper represented here was actually a contractual obligation following the bands departure/dismissal. Seminal Live is a hodgepodge of new studio material and live versions of some old favourites. It’s just about as ropey as that description makes it sound, yet there’s still room for a classic like ‘Deadbeat Descendant’.

The remaining discs further emphasise the dichotomy of their career path at the time. With an eye on the charts, singles were often cover versions ‘Victoria’ (The Kinks) ‘There’s a Ghost In My House’ (R Dean Taylor) and, just predating this period, ‘Mr Pharmacist’ (The Other Half). In contrast the material that makes up Singles 1987-1989 is largely B-sides (you got 3 extra songs on a 12″ back then) which are at once challenging, compelling and in the end crucial. ‘Hit The North’ is the most bizarre disc here. At a time when multiple release formats exploited the fans into buying singles more than once, remixing often ruled the day. This only happened once for The Fall (before Beggars gave up on hits) but my, oh my did they ever go for it. A total of 7 versions of this decent single are presented back to back. The musical differences are subtle but remarkably there’s variations in the lyrics for nearly every one. Odd listening if you sit through all 32 minutes.

In truth, the majority of 5 Albums is surplus to all but the most obsessive of fans requirements. The two best discs, Frenz and Oranj, are still available as stand alone albums and the singles are better represented on the  458,489 contract-completing A Sides and B Sides compilations. As an artefact in itself though, it sums up immaculately one of various times in the career of The Fall when it was unclear where they were headed. As usual of course, Mark E Smith just carried on. And on. Jonathan Wallace