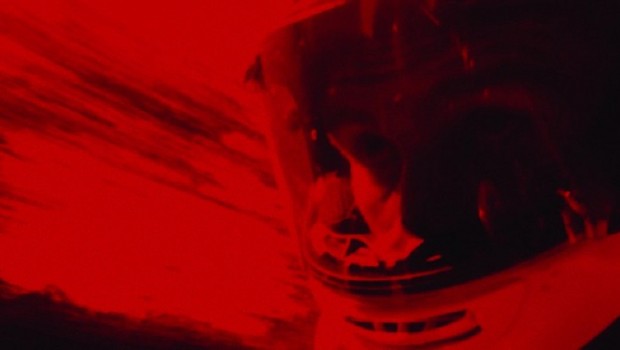 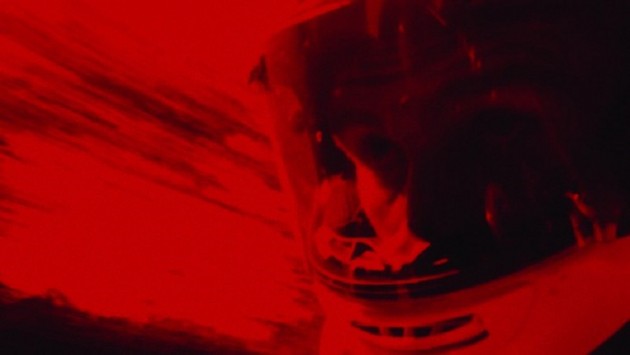 For those of us only superficially aware of the annual TT road racing season, an internationally respected series of two-wheel races which run in Northern Ireland and the Isle of Man over the spring and summer months, Richard de Aragues’ 2011 film TT3D: Closer to the Edge was a fascinating introduction to the daredevil sport. Road, from local film-makers Diarmuid Lavery and Michael Hewitt of Doubleband Films, serves as a more thematically rich follow-up or companion piece. Narrower in scope and sharper in feeling with its focus on the story of Ballymoney’s Dunlop racing dynasty, the documentary charts the road racing successes and catastrophes of two sets of brothers: Joey and Robert Dunlop, with their unparalleled achievements in the sport from the 1970s onwards, and Robert’s sons Michael and William, currently highly-decorated racers.

Road parallels the racing lives of both generations, cutting between high-definition footage of the 2012 season and the histories of Joey and Robert with archive television footage and talking-head interviews with family, friends and motor racing professionals. One immediate takeaway from the film is the fantastically irrational lunacy of the sport, which sees men and women racing through closed public roads at speeds approaching 200 MPH. “You’re putting a man on top of a missile” notes one of the commentators. And then blasting him through the same lanes you use to go to the shops. Oh, and sometimes the missile randomly explodes. Indeed, one of the reasons our province has such a monopoly on racing prestige is our rare embrace of this lunacy: deemed excessively dangerous by the rest of civilisation, it’s only permitted by here, the Isle of Man and a handful of other countries. This danger is not academic: in the time since the premier of Road at the Belfast Film Festival in the spring, another rider was killed during the North West 200. But, of course, it’s this danger which makes the sport perversely compelling.

The stories of Joey and Robert Dunlop are, by any sporting metric, remarkable. Joey went from riding for fun in rural Armoy to a five-time international champion, and comes across as grinning, generous figure (he was awarded an OBE for his intense charity work). His achievements are dogged by sadness, as he loses friends to the unforgiving track. Three weeks after stunning the racing community with an Isle of Man victory aged 48, the season’s most punishing stretch of road, he was killed by a wet turn in a minor Estonian race. His younger brother Robert suffered a terrible, by all accounts career-ending accident, only to return to race-level fitness through sheer force of will. Shortly after Joey’s death, Robert was killed in the North West 200 in a race that included his sons William and Michael. Two days later, Michael wins the follow-up race, his victorious face a picture of glorious, ecstatic grief. There is in all of this a powerful biopic waiting to happen. Road plays its hand relatively straight, the soundtrack only occasionally going for the maudlin strings, which makes the human drama all the more moving.

The film is as much a portrait of obsession and loss as it is one of sporting triumph (they are, it slyly suggests, interwoven at some level). These are lives lived in the slipstream between life and death. There is some low-level curiosity about the psychological eccentricities which propel the racers, but those interviewed are refreshingly matter of fact about the appeal of their profession: it is, simply, the greatest craic there is. If it wasn’t dangerous, there’d be no point in it. Here, road racing resembles something like a warrior-cult, with the community’s wives and mothers left to worry and mourn behind the barriers. The grim, fraternal repetition of the Dunlop’s heartbreak invites inevitable comparisons to Greek tragedy, but it also recalls the heroics of Greek epics in the racers’ selfishly singular pursuit of glory. Still, pain outlives glory. In a documentary littered with crash footage, maybe the most arresting image is of Joey and Robert’s mother, reflecting on the living death that comes with the loss of children.

The thrills, though, are infectious. The racing footage is white-knuckle stuff. Especially if, like me, you are conscious of the tragic legacy of the Dunlop name but unfamiliar with the specifics. Every crash and bang becomes a horror movie jump-scare. The speed and physical trauma is captured with a variety of cameras, assembled and editing cleverly to keep the tension peaked. Exposition and narration is provided by Ballymena’s most famous son, Liam Neeson, in a voiceover role that is a mixed blessing. No doubt the Neeson name has lent the project some useful star glitz, but his gravelly, portentous monotone is often distracting. With his career renaissance as a meme-generating action hero, and piss-take cameos in shows like Life’s Too Short, a hint of unintentional self-parody creeps in.

This is especially grating when the writing of the narration is too on-the-nose, giving unnecessary voice to thematic subtext. The material is strong enough on its own. The Dunlop family story is extraordinary and awful, a story Road commits to with an unflinching eye. Conor Smyth