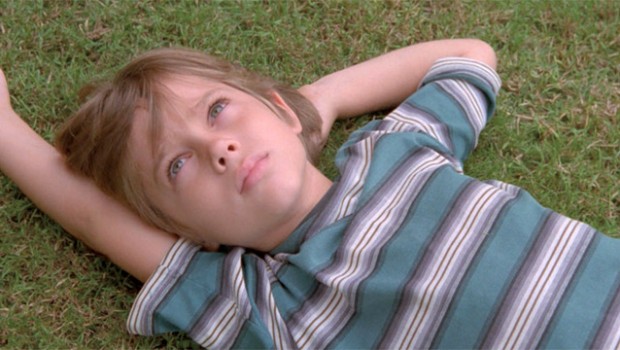 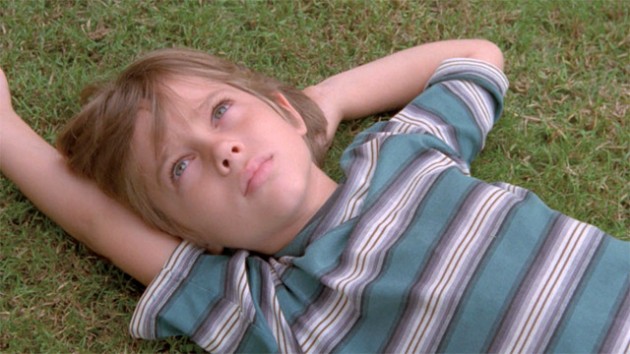 Richard Linklater’s Boyhood is both an aesthetic and logistical triumph. That it exists at all is a victory of sorts, considering the (much-hyped) eccentricities of its production. The film is an impressionistic time-lapse of human development, charting the growth of a young Texan boy from primary-school to college age and the evolution of his surrounding family. To achieve an honest chronicle of this temporal stutter effect, Linklater returned to the small troupe of actors every year or so for eleven years to shoot a handful of scenes, guessing ahead and developing the narrative on the fly. In a neat folding of life and art, the open-ended axis of time’s arrow acts as both a point of thematic interest in the film and a material condition of its genesis.

This is not, it should be said, an absolute novelty. Michael Winterbottom’s rich and under-seen Everyday was filmed in similar jumps over five years, charting the slow-motion effects of an ordinary man’s (John Simm) prison sentence on himself and his family. And, of course, Boyhood shares formal and thematic characteristics with Linklater’s Slacker and Before trilogy, and echoes the British Up documentary series. Despite this, the film manages to feel like a synthesis and expansion of much of Linklater’s previous work, producing something singular and perfect in its own right. Boyhood’s chief achievement is to alchemise its artificial, awkward construction into a stunningly unaffected whole, a coming-of-age profile of millennial American life presented with a humane ease.

In the midst of calculated summer blockbusters, Boyhood’s humble lightness of artifice feels like a revelation. Linklater puts his faith in the audience to follow the loose, winding lives of Mason Jr. (Ellar Coltrane), his arch older sister (the terrific Lorelei Linklater), under-pressure working-class mother (Patricia Arquette), laid-back father (Ethan Hawke, riffing on his Before character) and various additions and losses along the way. Narrative threads are picked up, developed and resolved on-screen and off. There are no time stamps: you quickly learn to pay attention to the dialogue and the actors’ bodies and faces to orientate yourself, filling in the blanks where you can along the way. Melodrama and cliché come into view but are gently avoided, the film being more or less committed to the ambiguous waves of everyday experience.

The narrative bypasses conventional story-of-my-life markers (birthdays and the like), weaving its own thread through the flotsam of youth and adolescence. The effect replicated is that of an estranged observer dipping randomly into a fully-formed life, or some constellation of them. This is partly realised by the breezy, ‘slice of life’ realism that Linklater is well-known for, where a mundane visual gentleness and relaxed but precise performance styles produce that rare, enthralling impression of witnessing life itself. The family’s drama is the common drama: levity and struggle; fear of the future and regret of the past.

As well-earned as the critical panegyrics to Boyhood are, I have to admit a curiously muted emotional investment in ‘the boy’ and the rest of the ensemble. Put it down to the slightly wobbly acting of the late-teenage Coltrane and the film’s intentionally broad canvas (the recent Everyday and Before Midnight both benefited from more discrete emotional realities). And the film does not have much new or original to say about the process of coming of age. Then again, we mustn’t be churlish. Its skill is in finding a cinematic language to engross us anew in the things we instinctively know already: the precious little we are each allotted will fade; milestones come and go with a disarming casualness; childhood is unbearably brief and adulthood is unbearably long.

It’s no accident that Linklater makes Mason Jr. an aspiring photographer. The cumulative effect of the film’s scattershot focus is much like that of flicking through a family album, witnessing life’s ample bounty in permanently removed, arbitrarily captured flashes. There is something tragic and heart-breaking here that recalls Susan Sontag’s writing on the morbidity of picture-taking – how the slicing out of one moment over another only serves to re-emphasizes time’s ‘relentless melt’. Rich pearls of mundane reality appear and enthral, before dissolving into something else. ‘I thought there would be more’ sighs the mother.

There is a feeling in the industry press that Boyhood represents a new plateau of mainstream affection for Linklater. Depending on what happens over the next half-year or so, the enormous reserves of critical goodwill generated by the film may be enough to generate Academy buzz. Recognition of a true American talent would be welcome, but ultimately besides the case. The film is enough: Linklater and his collaborators have delivered us a rare marvel. Conor Smyth