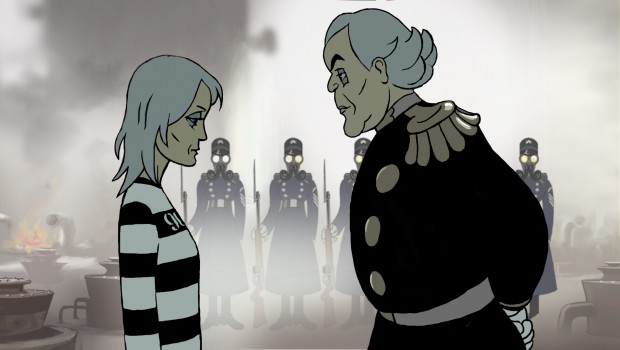 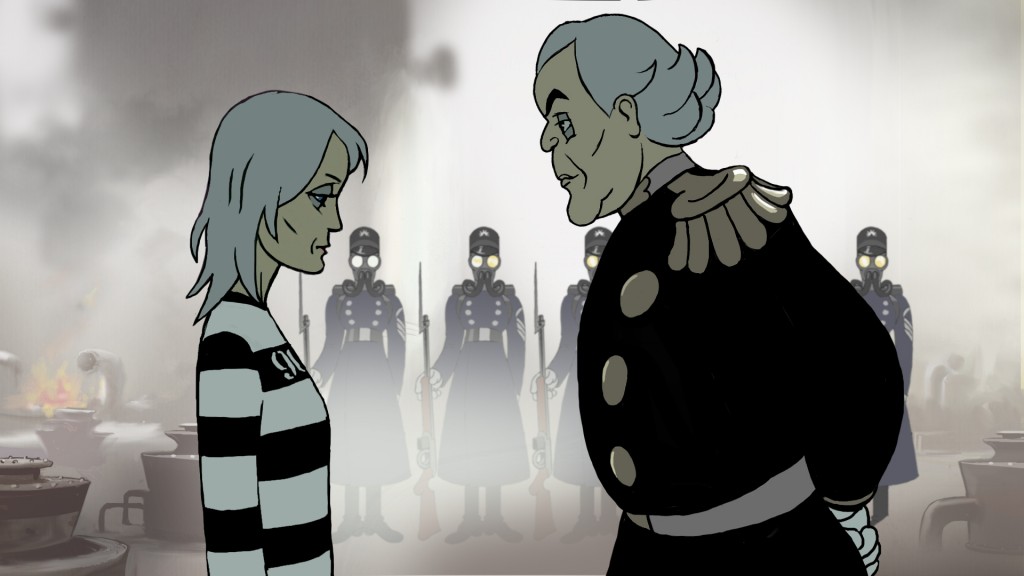 As cut-throat a business as Hollywood may be, it’s inevitably a comedown from the horrible intensities of life in a warzone. The visually diverting but meandering The Congress is Ari Folman’s follow-up to 2009’s celebrated Waltz With Bashir, an animated documentary about former soldier Folman’s experiences during the 1982 Israel-Lebanon conflict. The Congress, inspired by Solaris author Stanislaw Lem’s 1971 science fiction novel The Futurological Congress, is an animated/live action blend which riffs on the movie industry’s superficial youth culture and delivers familiar dystopic warnings about society’s obsession with fantastical inoculations against the grim truths of real life.

Robin Wright (House of Cards) plays ‘Robin Wright’, an actress with a sick son who is beyond her prime. She is offered one final deal from the slyly-named Miramount Studios: sell herself (or at least a younger version of herself) to them via full-body scanning technology and quit acting forever. The thirty-something Wright will be preserved forever on screen, her likeness controlled by the studio’s teams of digital animators, who will simply ‘program’ her into whatever new film they want. Encouraged by her agent (a welcome turn from Harvey Keitel), she takes the money. Twenty years later, Wright travels to the Futurist Congress to renew her contract, which takes place in a self-medicated dreamworld where everyone can live out their fantasies through chemicals provided by Miramount, who have branched out into the reality business. The movies are dead, because everyone’s living their own movie.

The animated elderly Wright shuffles through the bizarre, colourful, Naked Lunch­-style crowd, while interviews with her buff, gorgeous computerised self loop on screens above. There, she suffers from hallucinogenic fits and learns about the next stage in Miramount’s commodification plans: selling her ‘essence’ as a consumable substance so that her fans can ingest and ‘become’ her. When insurrection against the mind-altering conglomerate breaks out, a desperate Wright must get back to reality, and to her son.

There are some basic but interesting ideas floating around in The Congress – about the image machines that dominate our lives, the artificiality of celebrity culture, the tension between human actors and film technology, and capitalism’s restless commodification of the individual – but they never come through strongly enough, or in forms that are visually interesting. Wright’s voice acting is sort of lifeless, the dialogue is awkwardly delivered and messily philosophical and the plot morphs along with a looseness that’s difficult to keep up with. For a protagonist, Wright is fatally passive. The film does only the mildest job of establishing her personality and what the stakes are when it comes to her ‘deal with the devil’ and her journey down the pen-and-ink rabbit hole. While all this strangeness happens around her, she just sort of wanders through it all, and the film becomes more unmoored from reality and from character. When the heroine doesn’t seem to care what happens to her, it’s difficult for the audience to do the same.

This wouldn’t matter so much if the animation sequences delivered a thrilling, impressionistic pull on the viewer. But after an initial, Yellow Submarine-style flourish when the desert landscape around Wright comes to fizzy, Technicolor life, the animation settles on a quasi-trippy basicness. When Wright’s son asks her on the phone what her toonscape looks like she calls it something from‘a genius designer on an acid trip’, but this is a cheekily audacious claim. The art style feels timid in comparison with the tactile, nightmarish rotoscoping of Waltz With Bashir or indeed much of the loopy, ideas-driven television being produced by animation platforms like Cartoon Network and Adult Swim.

That’s not to say that on the way to the film’s vague conclusion there aren’t small moments of inspired visual fancy. It’s just never committed enough to the ideas or feelings it gestures towards and as a result feels consistently unsatisfying. The anti-Hollywood satire needed more bite and the character drama needed stronger emotional anchors. The whole thing just needed to be a lot more, well, animated. Conor Smyth

The Congress is showing in Queen’s Film Theatre until Thursday, August 28.