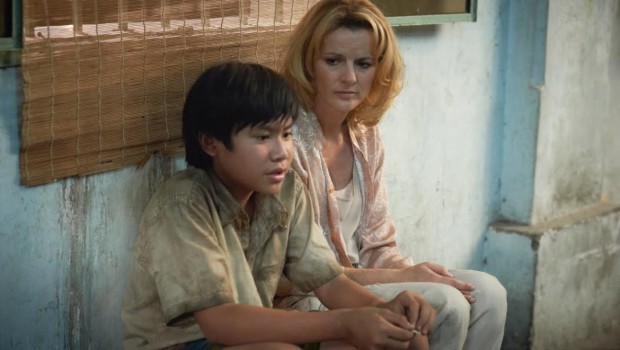 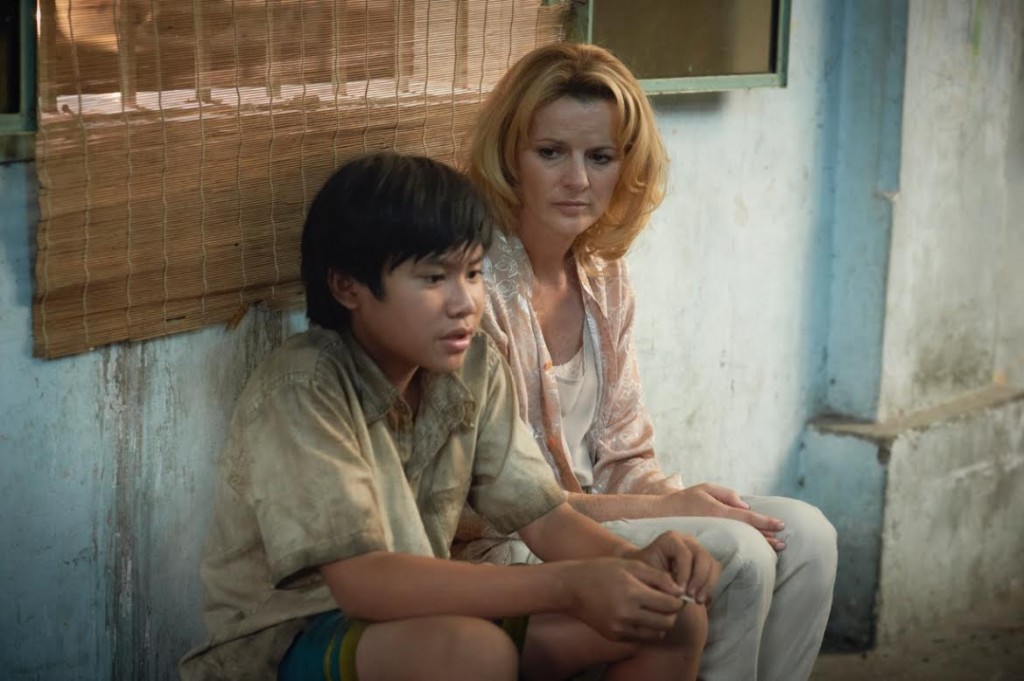 Noble, the biopic of Irish humanitarian Christina Noble starring comedian Deidre O’Kane, feels a lot like a TV movie. First there’s the on-the-nose title, which reminds me of those movies you sometimes see on satellite channels, the ones that rip off blockbuster plots and give them over-literal titles like Space Danger or Future Saviour. The film may as well be called Saint Christina or The Pluck of the Irish. And second, there’s the intensely by-the-numbers approach it takes to Noble’s life story, as cribbed from memoirs like Bridge Across My Sorrows and Mama Tina. The film shifts chronologically between two stories: the ‘mis-lit’ material of her growing up in post-war Dublin squalor and ‘present day’ adult Noble campaigning for the street children of Vietnam’s capital. Both are pretty terrible.

Noble’s childhood is one of storybook urban Irish misery. She has a sick mother, an alcoholic father (Liam Cunningham) and is constantly on the run from the local School Inspector, played with the pantomime smirk of a bad guy from Wacky Races. When her mother dies and she and her siblings are brought to court for truancy, they are handed over to the state and dragged kicking and screaming through what is basically a hell-mouth trapdoor in the middle of the courtroom. A teenage Noble (Sarah Greene, Vikings) returns home from the nuns’ care years later, working in the laundry houses to pay for her mother’s gravestone and sleeping rough in the woods. Then she is gang-raped. And gets pregnant. Then the baby is stolen from her by the nuns, and adopted into a ‘good’ family without her agreement. Then she moves to England and marries a wife-beater! If it wasn’t based on the real Noble’s experiences it would be laughably incredulous. Greene does a good job of projecting steely vulnerability, but the film zips through her seemingly endless catalogue of misfortune with little time for reaction or reflection.

O’Kane plays the elder Noble with a postcard Gaelic wit and brusqueness, but her husband Stephen Bradley, who writes and directs, provides her with a massively underworked role. She arrives in Ho Chi Minh City and almost immediately sets about taking the local street children under her wing. After a serendipitous encounter with a charity home for unwanted children she takes on the cause of raising money for a medical and educational centre, browbeating local authorities and business leaders with typewritten letters and a working-class maternal directness. But it’s all too easy. Without pain, there’s no payoff. The film depicts horrible, desperate images and situations – Agent Orange babies, extreme child poverty, sexual tourism – but lacks the stomach to commit to them and disturb the light, ‘uplifting’ tone. The children, who have presumably been through remarkable trauma, are totally unsuspicious and uncomplex, having no role other than offering blank smiles and cheers for their benevolent ‘mama Tina’.

In one of Noble’s various ‘here is what the character is feeling’ conversations with a silent God, she promises that she will ‘shout and swear’ if she has to, but she never does. The difficulties she faces are the stock problems of the campaigning single white female, and thus never provoke anything that looks like real frustration or anger. She steers through her troubles with a hagiographical grace. There’s a kind of religious sentimentality there too, gesturing at a problematic providential subtext. It feels dodgy both ethically (gang rape is okay because destiny) and narratively (vague character motivation). At the tail end of her young-adult journey she has a dream (a vision?) about Vietnam, and disappears from the story for years, before emerging as a fully-formed adult ready to take on her mission (like… Jesus?). It has the well-meaning unreality of a fairytale, or perhaps a Sunday School parable. In the finale, with funds for the children’s centre magically secured, the slideshow of real-life Noble with grateful kids begins, and the Coldplay backing track kicks in, and the transformation into NGO promo video is complete. Conor Smyth

Noble out on general release on Sept 19th