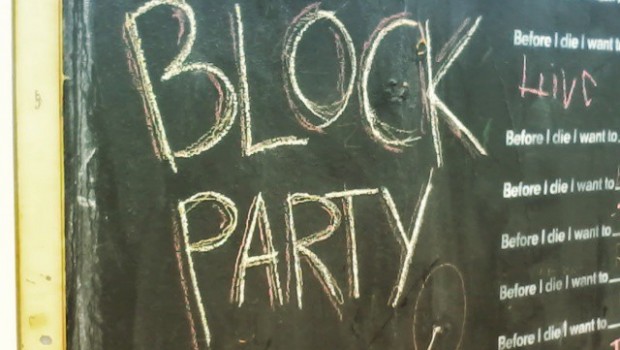 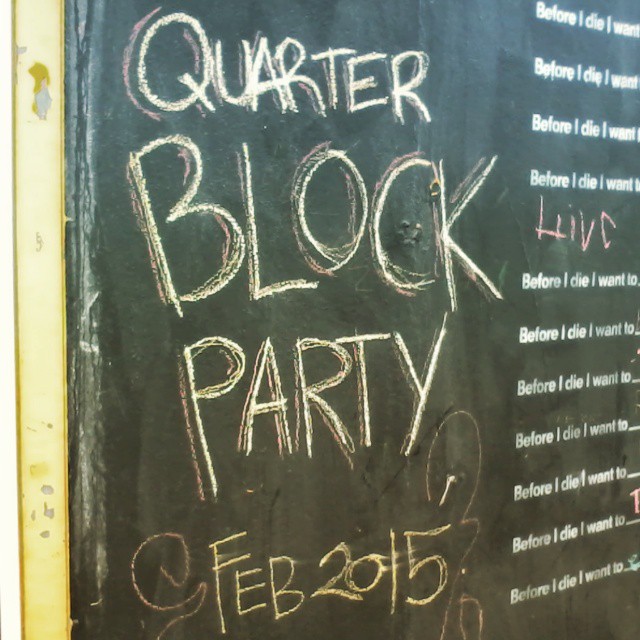 Cork City has been a fuse waiting to be lit. All this time, exciting, inimitable, indomitable people, have been creating, and facilitating, providing space, trying, and failing, learning, and improving, and resolving to do better. Coming together, helping each other. This weekend was a light to that fuse.

The Quarter Block Party didn’t just meet or even exceed expectations, it utterly transcended them. A huge and varied multimedia programme, spanning music, art, theatre, discussion and good vibes, it delivered on all fronts. There’ll be a review with all the details and critique either tomorrow or Wednesday, and your writer will address that aspect of the festival then and there. Let’s talk about something more important.

The weekend brought together an array of disparate artists, bands, DJs, and performers, but it’s done more than that. More than any event this town has likely ever seen in recent memory: it’s brought people together.

To see so many people rallying ’round the festival, and helping, volunteering, engaging, talking about it on the street, packing venues and businesses out. Shaking hands, formal introductions, seeing each other live for the first time, getting involved. So many artists belting their songs and their passion, their music inside of them, escaping the cages of their bodies, unimpeded by microphones in many cases. Holding attention, holding people captive. The artistic community opening itself up to the city that’s held it in its nooks and crannies, illuminated by these wonderful artists and their stories, songs and experiences.

Everyone from artists, to organisers, to volunteers, bringing their absolute best to their roles and leaving a positive impact on the wider community, as evidenced by the warm reception at the pop-up shows, people that hadn’t heard this stuff was happening and had no clue their town had a music scene anymore, or had one to begin with. Now they know. Last night, the festival finished with a seven-hour celebration of vinyl at the Triskel helmed by Cork legend Stevie G, with tens of DJs piling in during the day, just sharing their fave sonic sevens and exchanging good vibes, the way it should be. There’s always been a community here, there’s always been co-operation. This weekend, we bore witness to it, and what people can do when they come together.

But it’s not just the Block Party.

A bunch of youngfellas called Hear the Noise put on a two-dayer this weekend called Noisefest and wound up reigniting Cork metal, by all accounts, filling up both nights and shaking Fred Zeppelin’s in a hail of  riffs, stagediving, hospital visits and, apparently, returns to the venue to further throw down. Saturday’s headliners Murdock called it their best show ever, and they’re about to hit the UK and beyond running. That’s what Cork means, and Cork metal can safely say it’s coming back after a long, wintry absence.

Last week, both CIT and UCC drew healthy numbers to their Battles of the Bands, keeping up a time-honoured tradition of shnakey early votes and howling for your one mate to everyone else’s annoyance, but more importantly, giving experience to the next wave of promoters/organisers/bookers/luvvies and a space for young musicians to play out and have a good time while they figure themselves out artistically. The scene is in safe hands going forward and as good as these youngsters (says he at 27) are, they’re only going to get better.

In the coming weeks, while we bid farewell to Fivewilldie, bid good evening again to El Bastardo, and ponder the new material coming from Hope is Noise, Terriers, Altered Hours, Young Wonder, Elastic Sleep, The Vincent(s) and so many more across genre lines I’m forgetting or stuck for space for, due variantly throughout the year, it’s electrifying. Upcoming festivals, new bands, new club nights. New ideas, new perspectives.

Stay with it. Friday’s Structures and Strategies session has resulted in a permanent group called Cork Creative, run by Humans of Cork’s Helen Lynch, which will announce its inaugural meeting soon and keep the momentum up. Get in on it, offer to help, and help support each other. People have come from all over the country for this weekend, and are going back buzzing about our city and its scene. This weekend is only beginning to leave its mark. There aren’t the words for the impact and the energy right now.