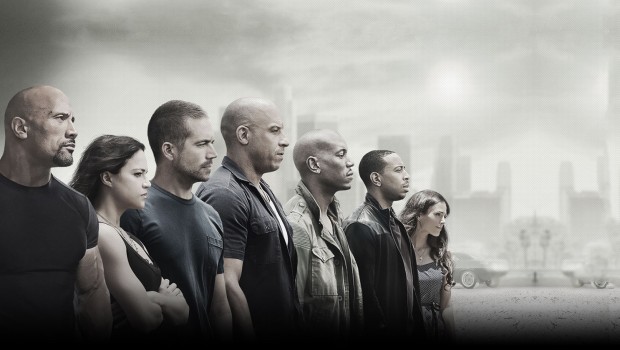 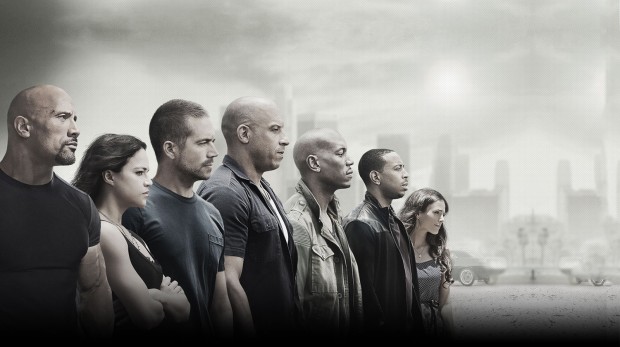 Typically, we love the underdog story. The scrappy young team of misfits and broken toys come together to take on the elite and emerge victorious. The Fast and Furious series is very much an underdog story. From the initial entry, the film got a deserved critical mauling that carried on for the earliest entries. The films were inherently ridiculous but treated themselves with such a po-faced sincerity that much of the fun was derived from the deepest ironic wells. Fortunately the arrival of director Justin Lin helped to curb this. Directing four of the series’ seven entries, Lin not only brought a visual flair trademark to series but also steadily increased the insanity with every entry; beginning with hilariously OTT drifting stunts and climaxing with a plane and car chase on a runway that, according to one Reddit user, stretches on for 28.75 miles. As the films abandoned any semblance of reality, the series just got better and better, fulfilling the carnal immature need to see really fast cars smash into things and do stunts really furiously. For this entry, Lin has stepped back in favour of Saw director James Wan and with this film, the intended finale for the franchise, the series has reached not only its zenith, but is arguably one of the most legitimately fun and exciting action films of the year.

The plot of this film, as to be expected, is mostly superfluous and is an excuse to put the characters in the situation where they can drive dangerously. But the fundamentals are as such: Dominic Toretto and his gang are being hunted by former black ops agent named Shaw. Shaw is a killing machine intent on destroying our heroes for crippling his brother, the antagonist of the previous film. As Shaw begins picking our heroes off, Toretto’s urge for vengeance reaches fever pitch but he is unable to take Shaw on his own. Fortunately, a shadowy CIA agent, Frank Perry, offers him a chance for revenge. In exchange for Shaw’s head, Torreto will have to secure the film’s macguffin, the GodsEye, a program that can hack into any device with a camera or microphone and use it for tracking, basically that technology from the end of the Dark Knight, Watchdogs or Person of Interest. In their attempts to secure the GodsEye, our heroes travel from the Caucasuses to Abu Dabi and finally to L.A. leaving a trail of destruction in their wake.

The central actors do a fine job for the most part. These are roles that many of them have been playing for over a decade, so there are few surprises to be had. However, the new players in this instalment are a source of real acclaim. Shaw is played to perfection by Jason Statham, who plays him almost like Anton Chigurh by way of East London; a force of pure destruction, given only the flimsiest motivation to murder a large number of people. Statham is an actor of limited ability, but lord knows when given a role like this you can understand why the man is a proper action star. Intense and genuinely threatening, Statham really sells the role and Wan’s decision to present the audience with the aftermath of one of his rampages is a masterstroke, satisfyingly setting him up as a viable threat while also providing the audience with large number of blanks for their brains to fill. Then you’ve got Kurt Russell, whose slippier than a snake covered oil performance is just a delight to behold. It’s been awhile seen Kurt Russell has been in a role like this and he seems to be reveling in every second of it. On top of these two you’ve also got Tony Jaa who punches his way through his scenes with an alarming veracity and Djimon Hounsou, who sadly spends most of his time screaming and being terribly ineffective.

What the film centrally aims to do is to be a fun movie and in that regards it achieves like very few others have in recent years. Be it in the scene where they parachute cars out of planes, when they drive a car between the 30 floor of multiple buildings or when the Rock flexes his arm so hard that he breaks his cast; the film has this juvenile sense of abandon that frees it from the restrictions of logic or the basic rules of reality. The film hits this glorious plateau of stupidity where if it were even the slightest iota more intelligent or constricted by our expectations of realism, the whole thing would collapse into a disappointing mess. But that disappointment never comes. The film even tries its hand at introducing cinematic references and is very successful. One chase is very much inspired by Death Proof and even cuts to Kurt Russell throughout its runtime. Another brings up imagery from The Italian Job. There are hints of Bullitt, The French Connection and a plethora of mid-1980s action dirge comprised entirely of car chases, double crosses and thinly veiled homoeroticism. Fundamentally, these scenes are inspired by, but not carbon copies of, these films. Their presence gives the film a vaguely knowing sense of itself, without ever tipping into obnoxious audience winking; something like that would kill the sense of fun and adventure. That sense of fun is what makes it because it’s the kind of film you want to see on the big screen, one with big emotions, big set pieces and big muscles; something to get truly caught up in on an emotional level while your brain points out how physics doesn’t work like that and how that’s not a CAT5 cable.

There are problems. The misogyny is pretty rampant and the male gaze is prevalent throughout. There are characters like Michelle Rodriguez’s Letty and Nathalie Emmanuel’s Ramsey who are strong capable people who do play an active role and are not entirely helpless or useless, but there are four individual close-ups of a woman’s ass in one scene and the majority of women with cup sizes larger than C are asked to wear bikinis which, at the very best, could be considered terribly risque. Its presence in the film is a shame as it goes too far in its lingering leering gaze and it’s superfluous. It’s the sort of thing that could easily be cut and you’d lose nothing but the masterbatory fantasties of adolescent males. Additionally, it’s very long. The most recent trio of these films have all crossed the two hour mark and it’s not really needed. The film is a fantastic thrill ride, but as we approach the 2001: A Space Odyssey length, you could easily cut one of the many monologues about family and togetherness or family and loyalty or family… There is the question as to whether or not there are so many of these monologues due to Paul Walker’s death. One of the things that the film handles with absolute grace and care is its eulogy for Walker, who died in 2013 and whose role was completed through use of stand-ins, digital wizardry and unused scenes. During the final moments of the film, Walker is given a beautiful ending which, if it is to be the final scene in the series, would be the perfect moment to end it on.

That question remains as to whether or not this will be the final entry. The series has such a roster of different actors that they could easily continue the whole thing with a revolving door of new characters. When look at the full cast for the film, something does leap out. You’ve got Vin Diesel, Paul Walker, Dwayne “The Rock” Johnson, Michelle Rodriguez, Jason Statham, Ronda Rousey, Tony Jaa and Kurt Russell. That is an all-star cast of action heroes. Fast and Furious 7 is basically what Sly Stallone promised us with The Expendables. But, while that film was a backslapping, ego-drive snore fest that didn’t know how to use its actors and their various personas; this film gives everyone their chance to shine. Ronda and Rodriguez have a brutal fist fight, Tony Jaa performs an almost comical level of martial arts trickery, Kurt Russell gets to be Snake Plissken, Jason Statham becomes a one man killing machine and all the major players get a chance to shine behind the wheel. It’s a very collaborative effort and is testament as to how to do this kind of film successfully.

As odd as it is to say, Fast and Furious 7 may well be one of the best films of this year. It’s got the depth of the spoon and has some troubling views on gender, but much like last year’s Guardians of the Galaxy, the film is a flight of pure escapist fancy and is a welcome antidote to it’s contemporaries for whom gritty realism is the new black. Will Murphy