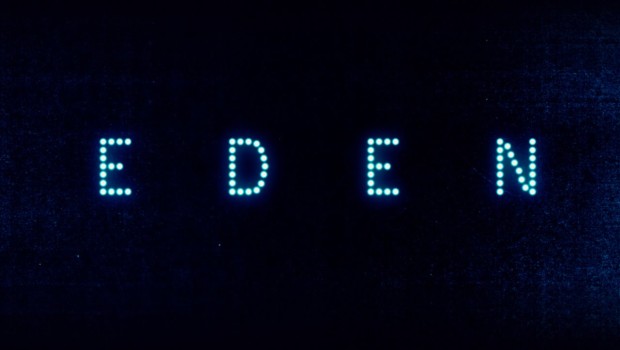 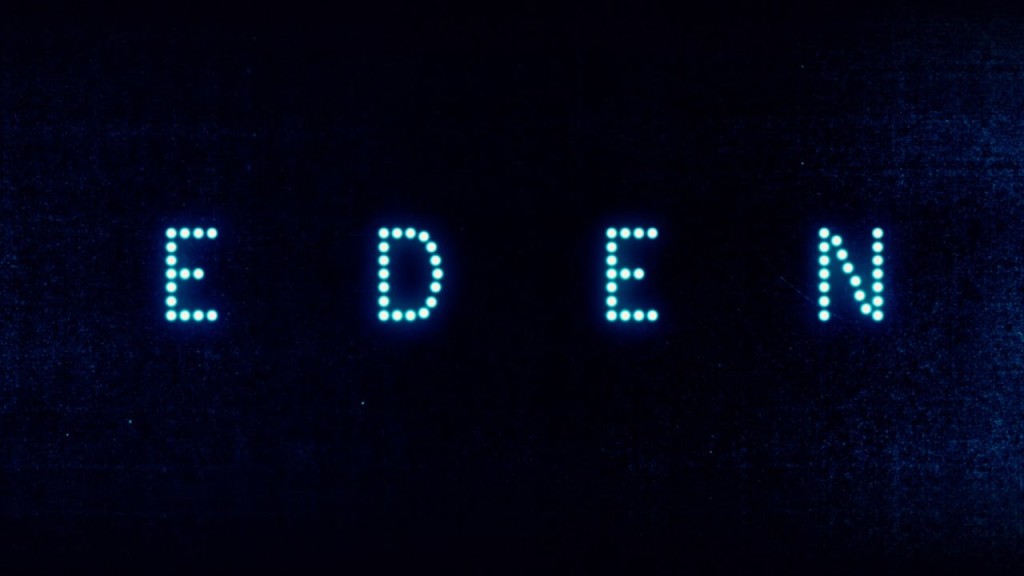 Eden is a cautionary tale based on the life of director Mia Hansen-Love’s brother Sven and shows the dizzying highs and soul-destroying lows of Paul (Felix de Givry) and his uniformly charmless friends in the 90s Garage House scene in Paris. Paul is really only the protagonist through the sheer amount of time we spend with him. He sort of bubbles up through the ranks through sheer ubiquity, his friends, similar pouters in knitwear, seem no more or less attractive than he does. We’re just stuck with him for two and a half hours. This, perversely, is one of the film’s strengths: the plodding uniformity of these people’s lives is beautifully realised for at least half the film; they are living for the weekend every night of the week. There is no sense of glamourising Paul’s rise to the lower tiers of fame as part of DJ duo Cheers (they do appear to be named after the Boston drinking hole – even the logo is the same!)

After falling under the spell of Frankie Knuckles’ ‘The Whistle Song’, Paul and musical partner Stan de Man begin to DJ and their lives become one long party, albeit a party punctuated with spiralling debts, handouts from disapproving mums and a succession of unsatisfactory love affairs. All of these are played out in the same low key manner in a series of poorly dressed flats. Even the DJing scenes, where we should be experiencing Paul’s euphoria, his amour fou, the music that is the love of his life and that is destroying everything around him is played with documentary flatness. The same hand held shots sliding in and out of focus as they spill across the dance-floor, the same arms waving in the air like fields of sweaty wheat: Paul, his cans on, rocking backwards and forwards like a mad zoo animal.

The problem is that the message becomes the medium: if you’re constantly witnessing the boredom of other people’s lives, in a manner that cleverly describes the four on the floor repetition of the film’s soundtrack, then ultimately what you end up with is a long, boring repetitive film. Eden is not without incident: people have sex, they fight in clubs, one of them dies, they have break-downs, they do an awful lot of drugs and they have to go and see the bank manager. At one point they watch “Showgirls” and have a scrappily underwritten conversation about Paul Verhoeven. But it adds nothing to the film except to underscore what boring company they are. And that’s just the boys – the women in this film drift through it like daddy-longlegs on an updraft: colourless, barely physical entities.

Paul’s mother is a handwringing cartoon doling out banknotes and guilt in turn. Paul’s older American girlfriend is a platitudinous coward who writes short stories, so you know she’s deep. Worst of all is Margot, the arms aloft party girl, who demands constant champagne but, shock horror, refuses to sleep with Paul in return. She is little more than a sentient little black dress. The only woman in the entire film with any substance at all is Pauline Etienne’s Louise. She is sour and uncertain, and slowly emerges from brief initial glimpses to become a central character in much the same way as Paul has done. This difference is that he is evenly matched with the other male characters: Louise obliterates the women as the only rounded female character in the entire piece. Etienne’s performance as the spiky but fun Louise is the best in the film.

If there is a narrative spine in the film it is the quiet rise of another DJ duo, Thomas and Guy-Manny, friendly rivals of Cheers. They are often seen looking nervy and underdressed and failing to get into night clubs. They are, of course, Daft Punk and their global success is the backdrop against which Paul must measure his failure. They pop up on the soundtrack too which is by far the most enjoyable thing about the film. It booms out of the cinema speakers and transfigures the on screen action. Even Crystal Water’s ‘Gypsy Woman’ sounds great here! Unfortunately you just want more of this life affirming music and less time hanging round with these dour, tight lipped bores making poor life choices. Do yourself a favour, in fact. Just buy the soundtrack. John Patrick Higgins