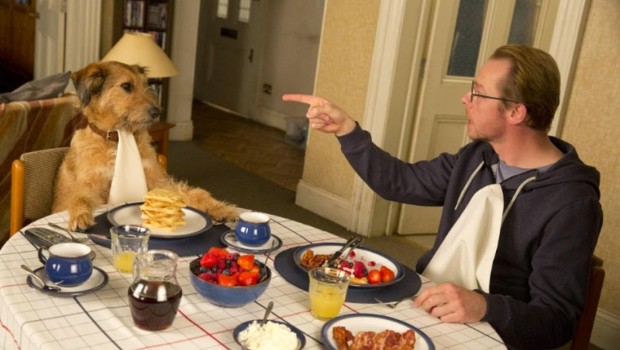 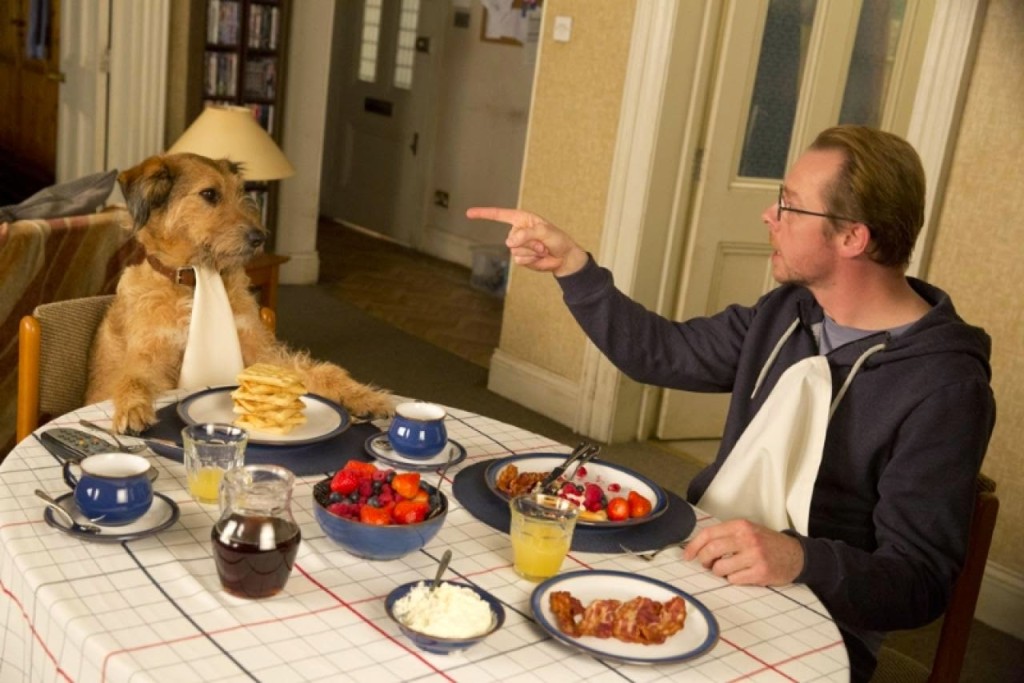 On paper, Absolutely Anything sounds like a winning combination: not only does Terry Jones’s sci-fi comedy boast the (unofficial) screen reunion of the surviving Monty Python crew, but it’s also the final film appearance of the late, great Robin Williams – as a talking dog, no less. Despite everything, the film is wholly unremarkable, failing to generate more than a handful of chuckles throughout.

Alongside lead Simon Pegg – who has helped pen some of the best British comedies in recent years – the talents of Messrs Cleese, Gilliam, Idle, (writer & director) Jones, Palin and Williams are all but wasted on a wafer-thin script that is somehow both charmlessly juvenile and wincingly old-fashioned. The characters are one-note, the pacing is clunky and the gags don’t land. That being said, Williams’ energetic and emotive portrayal of Dennis the Dog (ironically the film’s most human character) is easily the film’s saving grace. It’s a bittersweet experience to hear his voice one last time, but this alone cannot keep the rest of the film afloat.

Neil Clarke (Pegg), a fed up high-scool teacher, loner and failed writer, is randomly-selected by extraterrestrials to be given God-like powers. If Neil inherently uses his powers for good, then Earth shall be deemed worthy of joining the ranks of the galactic elite; if not, the planet will be destroyed. Oblivious to these circumstances, Neil spends much of the film either chasing after his own selfish desires (among his first wishes are a “great body” and a bigger penis) or foolishly “helping” others achieve theirs; one subplot, involving the phrase “worship the ground I walk on”, is just as tedious and predictable as you might expect.

If this all seems familiar, that’s because it’s practically identical to the 2003 Jim Carrey hit, Bruce Almighty. However, it’s unfair to accuse Jones (and collaborator Gavin Scott) of any sort of plagiarism here, not only due to the fact that early drafts of the script date back as far as the mid-90s, but also because the DNA of both Bruce and Absolutely Anything clearly lies in the H.G. Wells story, The Man Who Could Work Miracles. Jones’s over-reliance on dialogue may feel less archaic when viewed as an homage to …Miracles, specifically the 1936 film adaption (which, incidentally, is a far more satisfying watch), but his film, as a whole, remains plagued with inconsistencies, plot-holes and pointless exchanges.

There’s perfectly-fine CGI character design in the form of the extraterrestrials (voiced by the Pythons), yet the deep-space scenes can’t help but feel out-of-place. Although much time and effort has clearly gone into bringing the animated aliens to life, the live-action elements have about the same production values of an episode of Bernard’s Watch – with neutered PG storyline and sickeningly-whimsical score to boot. Were you to remove the dozen or so references to sex and dog-shit, the film could be broadcast comfortably at four o’clock on a weekday afternoon. It’s hard to believe this is from the same man behind the ever-nauseating Mr Creosote.

Since his motives aren’t clearly-defined, Neil is an unsettling protagonist; alongside Hector and the Search For Happiness, Pegg’s now churned out two of his most unlikeable leading performances in the space of a year. Judging by his fantasy sequence at the beginning of the film, one might assume that Neil will use his God-like powers to write a bestselling book, or at least, simply make himself a world-famous author. Instead, the Unfinished Novel trope is clumsily dropped in favour of a dull Love Interest, Neil’s downstairs neighbour, Catherine (Kate Beckinsale). The book is never mentioned again.

Unsurprisingly, this isn’t the only plot point that’s abandoned mid-film; in fact, several characters merely disappear without any sense of resolution. Neither Catherine’s dissatisfaction at work or encounters with cartoonishly-maniacal ex-boyfriend (Rob Riggle) barely gain any traction, since they’re conveniently magicked away with the flick of a wrist.

Stories concerning God-like powers amongst the common man are often presented as morality tales: the protagonist discovers that there are limitations and consequences to even the most grand gestures of goodwill. Bruce Almighty’s biggest asterisk (you can’t mess with people’s free will), creates complications that the character has to fight, regardless of his intentions, and makes for some unexpected, even exciting, plot progression. However, since Neil can do absolutely anything sans rules, he never has to learn a grave moral lesson, work to correct his mistakes, or grow as a person. I’ve seen animated Terry Gilliam cutouts with more character development.