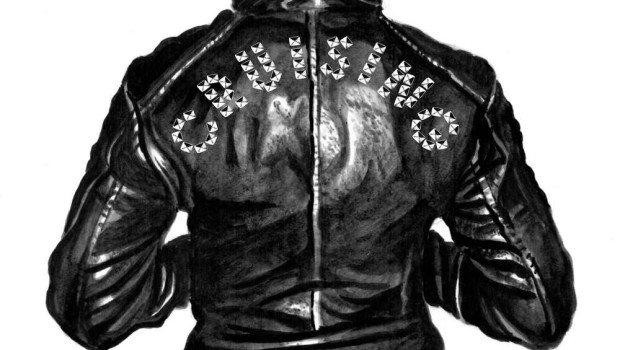 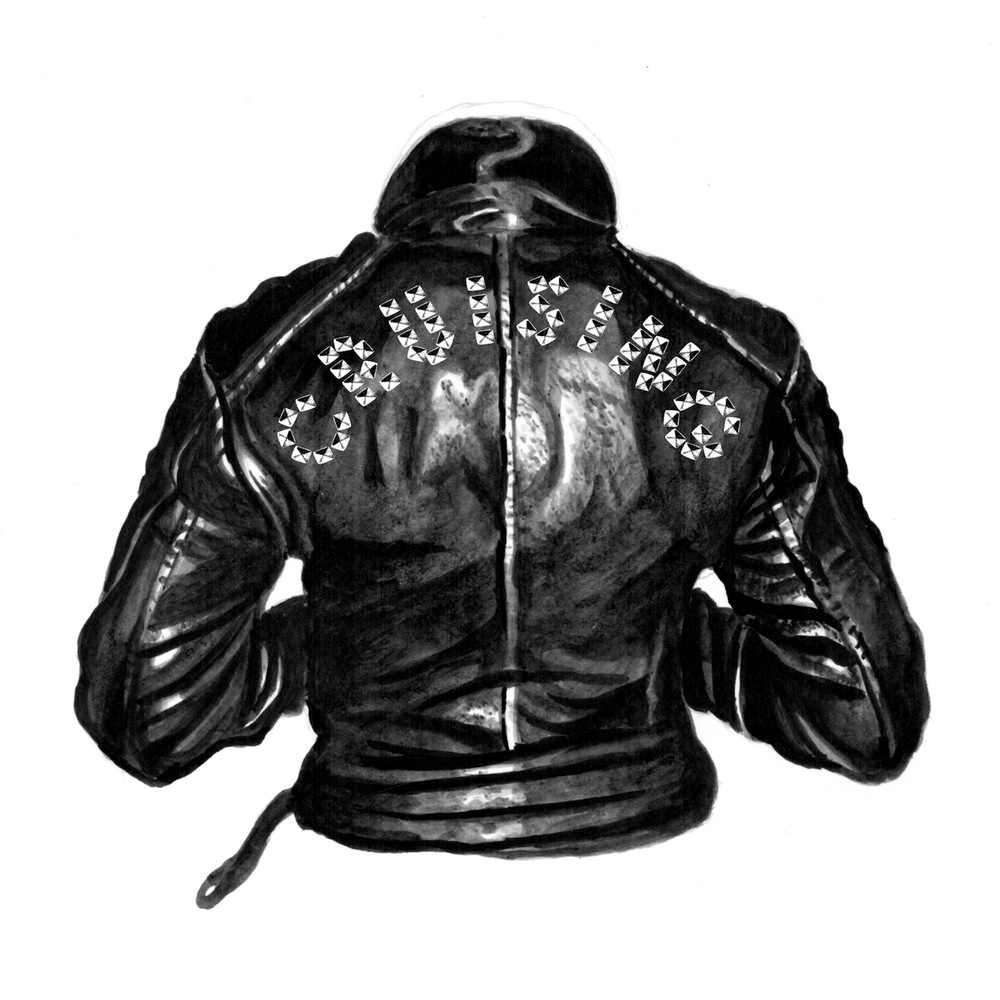 Sometimes a band name can elucidate the direction in which its songs will travel.  Cruising are a case in point, named after a book/film delving into the dark underworld of a serial killer who picks up homosexual men from the New York S&M scene to murder.  EP cover emblazoned with a black leather biker jacket, band name studded across the shoulders, and PVC leather hat a la Jesse “Boots Electric” Hughes, worn in promo photos runs with the theme.

There’s more than a whisper of iconic female rockers like Joan Jett, Siouxsie Sioux and Poly Styrene.  Understandably so, given that 3/4 of the band is comprised of female musicians from distinguished Irish bands – Claire Miskimmin (Girls Names), Sarah Grimes (September Girls) and Benni Johnston (Logikparty) – with the final quarter coming in the shape of Neil Brogan, current front man in Sea Pinks and former member of Girls Names.

The “supergroup” tag – normally reserved for filthy rich rock stars – is backed up by opener ‘The Spectacle’; from the flurry of drums accompanied by strutting bass, you find a band unapologetically upholding traditional rocker values, resulting in a song full of swagger and attitude.  Recalling another indomitable front woman in Debbie Harry, the opening guitars to ‘You Made Me Do That’, bring to mind ‘One Way or Another’, and vocals are driven home with authoritative mettle.  ‘Safe Corridor’ could be a missing Joy Division song, from the intricately coiled bass, to the spliced post-punk guitar, surrounding the dark, distant chorus about isolation: “Keep it all inside/Never show my face/Hiding all the crimes/You perpetuate.”

Concluding pair, ‘Woman’ and ‘Cutlass’ are the two heaviest hitters on the album with a real punk feel; X-Ray Spex and The Ramones spring to mind – particularly during the chorus when the collective instruments and vocals crash together, creating an exhilaratingly cathartic outpouring of discontent, right down to the departing call to arms: “Don’t let them steal your voice!”  The latter leads in like a Sonic Youth tune, thudding bass and drums creep in, with high pitched eerie guitar notes and echoed vocals laid on top; after about 90 seconds it turns into a punk-rock juggernaut as it takes off at breakneck speed, culminating in a squall of noise as the instruments beat each other into submission.

As side projects go, it’s important to pitch it right, but it rarely resonates; it’s a departure from a musicians main pursuit and should be treated as such.  Cruising get the balance right between creating a record of substance, and one that’s filled with familiarity.  This EP touches on a lot of the best aspects of rock music through the years, it combines the raw edge of English punk bands with the hard/glam-rock synonymous with New York Dolls.  It’s doused in punk attitude with a knowing smile, at times introspective but never takes itself too seriously and like all good rock music should it makes you want to have a good time.  It’s about time PVC leather made a comeback. Garrett Hargan

Cruising is out now via Tough Love