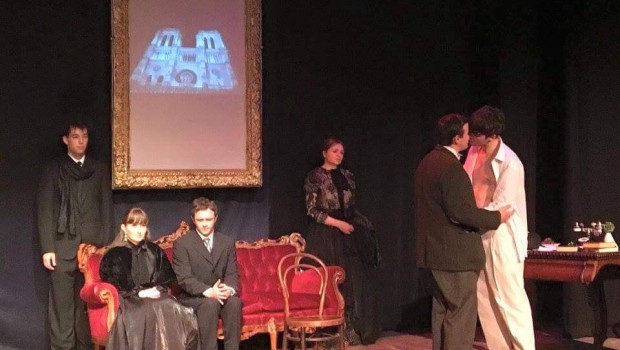 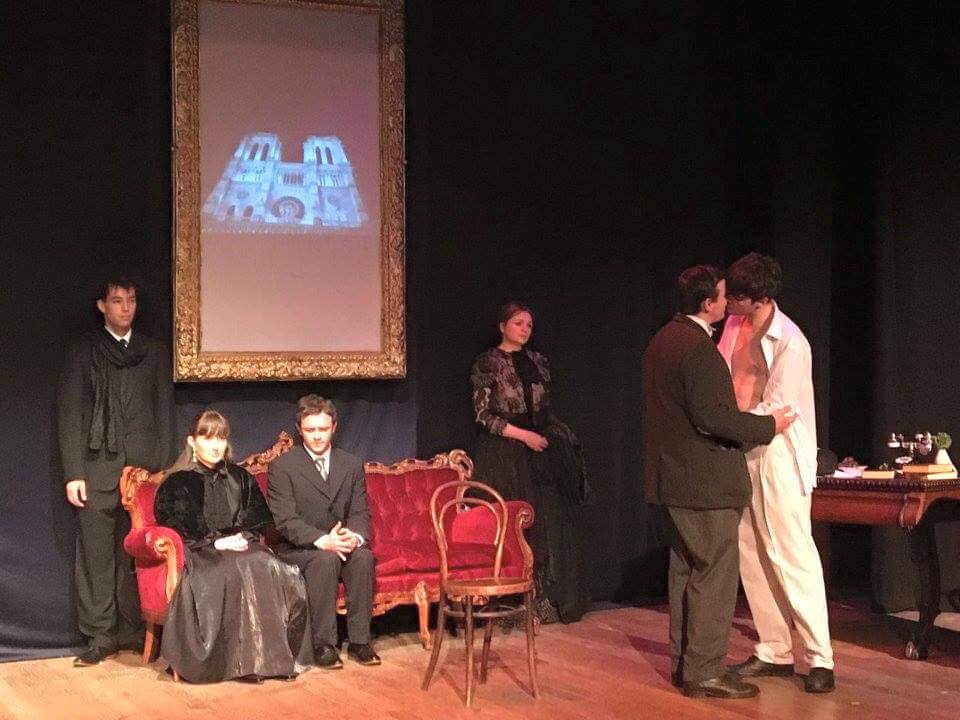 Premiering just two decades after decriminalisation and less than a year after marriage equality, Brian Merriman’s Wretched Little Brat marks a dramatic shift in Irish attitudes toward homosexuality. In a recent interview with Dublin Inquirer, the founder of Dublin’s Gay Theatre Festival remarks how years ago, straight performers balked at the idea of taking on queer characters. Reflecting on the eclectic makeup of his cast, Merriman notes that now ‘they’re delighted to play gay roles’. Wretched Little Brat explores an area central to 20th-century homosexuality, and Merriman’s own fascinations: the life and lovers of the flamboyant Oscar Wilde. While innovative in its focus on the youths surrounding Oscar rather than Oscar himself, the play is still a work in progress in need of polishing, and if treated as a workshop experience, this premiere could grow into a more finished and decisive product in its next showing.

Hosting a cast of seven who play countless roles, the ensemble centers around Wilde’s most notorious lover, Lord Alfred Douglas, nicknamed Bosie, whom the show title references. Actor Seán Doyle finds Bosie’s grating personality fairly quickly; the house has no trouble disliking him from the start. However, Doyle struggles to colour an emotion that isn’t just shouty or tantrum-throwing throughout his performance, and the potential for in-depth character development gets crushed under the weight of time and material covered in the show’s script. The first act alone sits at an hour and a half, and the whole show is nearly three. Because Merriman adheres to a strict chronological and historical narrative throughout the script, the audience sees Bosie develop from early childhood to his deathbed, glossing major epochs in his trajectory along the way rather then delving into specifically raw moments. This problem permeates the rest of the performance as well, with each cast member showcasing issues with cues and lines. Attention to detail in costumes and props is sloughed. Even light and sound cues get lost in the mass of historical development. Fortunately, the dialogue matches the piquant subject matter in strength, and this feature is further picked up by the cast’s solid sense of pacing and timing, an impressive feat considering the number of roles each actor takes on throughout the show. Ailish Leavy is a noticeable strength among the company, with each of her myriad parts played with clearly distinct choices. Dave Flynn, as well, animates a charmingly colourful Robbie Ross, Wilde’s most loyal lover.

With plays like Moisés Kaufman’s Gross Indecency and films like 1997’s Wilde already in the mainstream performing arts, Merriman’s Wretched Little Brat seeks an alternative point of view on a now famous tale of social downfall. However, this goal’s potential is not yet fully achieved. Merriman’s passion for the subject is unquestionable, but his vast knowledge is not reigned in on the script which seems eager to cover every single aspect of the lives of Wilde’s boys Robbie Ross and Bosie. Without this discipline, the script loses focus of its intentions and waters down the angle that makes it exciting. Yet the performance packs its share of ripe moments which unearth not widely realised aspects of the story, such as Bosie’s strange marriage following the death of Wilde, his return to the closet and persecution of Robbie Ross, and even his deathbed relationship with playwright George Bernard Shaw. The idea that even in later years Bosie still needed a father figure like Shaw to approve his existence is a tender piece of theatre once the fat of the surrounding narrative is cut away. It will be interesting to see where and how Merriman proceeds with his play after this first showing. Joe Madsen